The retailer says the change is designed to "encourage customers to throw away less edible food at home". 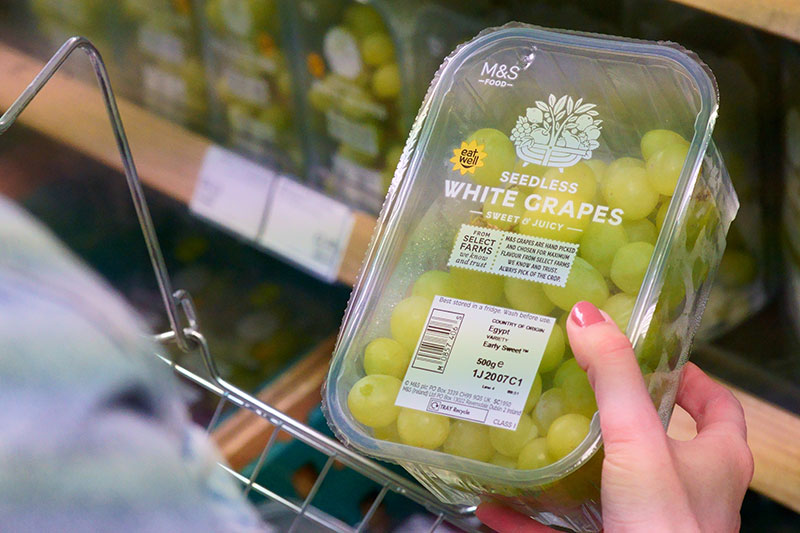 M&S has now removed best before dates from fresh produce packaging in a bid to tackle food waste, both in store and in UK households.

After research from sustainability charity WRAP has shown that an estimated 6.6 million tonnes of food is thrown away by UK households every year, the supermarket retailer has announced that best before dates will be removed from the labelling of over 300 fruit and vegetable products – which accounts for 85% of its fresh produce offering.

This will include on commonly-wasted items like apples, potatoes, broccoli, and so much more.

Best before dates will now be replaced with a new code, which M&S staff will use to “ensure freshness and quality is maintained”.

The retailer says the change to packaging – which is being rolled out across all M&S stores in the UK from this week – is designed to “encourage customers to throw away less edible food at home” and urges people to “use their judgement”.

Cutting best before dates is one of several other steps the retailer is taking to reduce food waste, including having partnered with charity Neighbourly back in 2015 and donating over 44 million meals, which store teams work closely with local communities to ensure edible food surplus is redistributed, and launching the ‘Sparking Change’ challenge nationwide, which encourages customers to reduce food waste recipes using leftovers, as well as expert tips on batch cooking and storing food to make it last longer.

“Our teams and suppliers work hard to deliver fresh, delicious, responsibly sourced produce at great value and we need to do all we can to make sure none of it gets thrown away [but] to do that, we need to be innovative and ambitious.

“Removing best before dates where safe to do so, trialling new ways to sell our products, and galvanising our customers to get creative with leftovers and embrace change.”

Read more: Iceland to now give away unsold food for free in efforts to ‘reduce waste’

He insisted that the retailer is aiming for its target of halving food waste, and will keep searching for solutions while still maintaining “the standards and value our customers expect.”

“Removing dates on fresh fruit and veg can save the equivalent of seven million shopping baskets of food being binned in our homes,” added Catherine David, Director of Collaboration and Change at WRAP.

“We urge more supermarkets to get ahead on food waste by axing date labels from fresh produce, allowing people to use their own judgement.”