Martin Hibbert wants to prove how "you can achieve anything" with the right help. 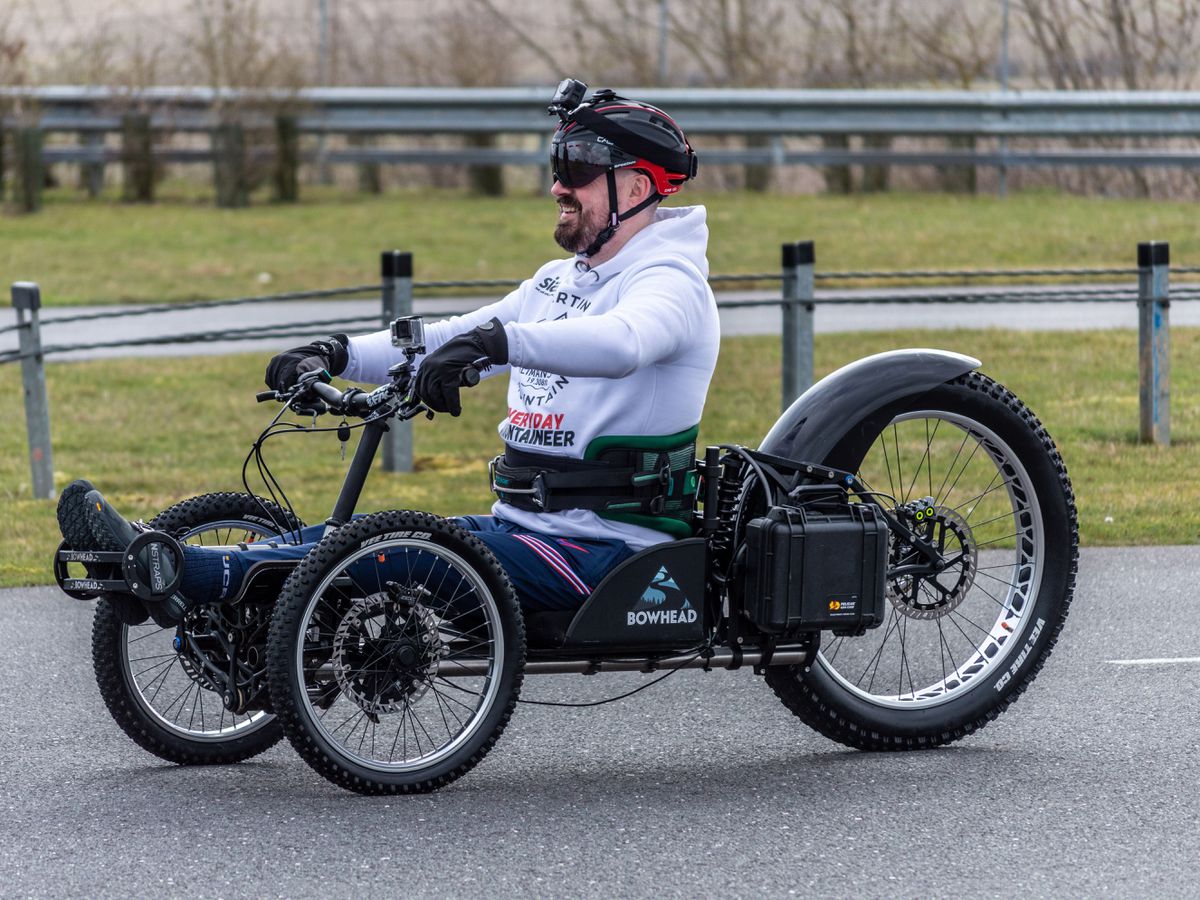 A father who was paralysed in the Manchester Arena attack is preparing to scale Mount Kilimanjaro to raise money for a very worthy cause.

Martin Hibbert wants to prove how “you can achieve anything” with the right help.

The 44-year-old Bolton-born football agent – who was the closest casualty to the bomb blast to survive – suffered 22 shrapnel wounds and was left paralysed from the waist down when he and his teenage daughter were among the hundreds injured in the terror attack on 22nd May 2017, but now, by showing his fighting spirit, he is aiming to take a Paralympic torch from the London Games to the top of Africa’s highest mountain in an epic seven-day expedition this September, and in doing so, he hopes to raise £1 million for the Spinal Injuries Association (SIA).

“I want to turn an appalling act of terror into a force for greater good.” Martin said.

“I want to do something to shift the spotlight away from those who tried to end my life towards those who helped me rebuild it [and raise money] for the Spinal Injuries Association”.

Now a wheelchair user, Martin will ride a custom-built handbike for the challenge, which he said he was inspired to do after learning that only one in three people with spinal cord injuries receive treatment at specialist centres.

Since his recovery, Mr Hibbert has worked with the Spinal Injuries Association (SIA) as a trustee to offer “hope, confidence and practical skills” to other people paralysed by spinal cord injury.

He hopes that his climb will send a message of optimism and inclusivity for life after injury.

“We thought we would try and do something within the Paralympic year just to highlight don’t write disabled people off, we can still do a lot and we are still strong and with the right help and support you can achieve anything.” Martin added.

He continued: “The money raised is my way not just to thank Spinal Injuries Association for everything it has done for me but to make sure it can reach the thousands who remain in urgent need.

“Without them, I wouldn’t be here today”.

Martin will be joined on his trek by Rob Grew – who ran into the Manchester Arena immediately after the explosion to offer help to the severely injured casualties – and Stuart Wildman, the head nurse at the Major Trauma Centre at Salford Royal, who treated Mr Hibbert when he was admitted after his injury.

“To do it with those two people is going to be amazing and I think there will be a lot of tears.” Martin admitted.

Speaking ahead of Martin’s challenge this year, Nik Hartley OBE – Chief Executive of the Spinal Injuries Association – said: “Martin is a football-loving family man whose life changed unexpectedly and forever one night in Manchester.

“With grit and determination, he has rebuilt his life and is now supporting other injured people.

“Too often disabled people are seen as second-class citizens, but Martin’s incredible climb is a powerful statement of why achieving one’s goals should not be defined by disability.”

Keen to show your support to Martin? All donations towards Martin’s target of raising £1 million for the Spinal Injuries Association (SIA) can be made via his official GoFundMe page here.

More information and updates can be found on Martin’s website from 20th March.