"Your success goes far beyond the trophy you have so deservedly earned." 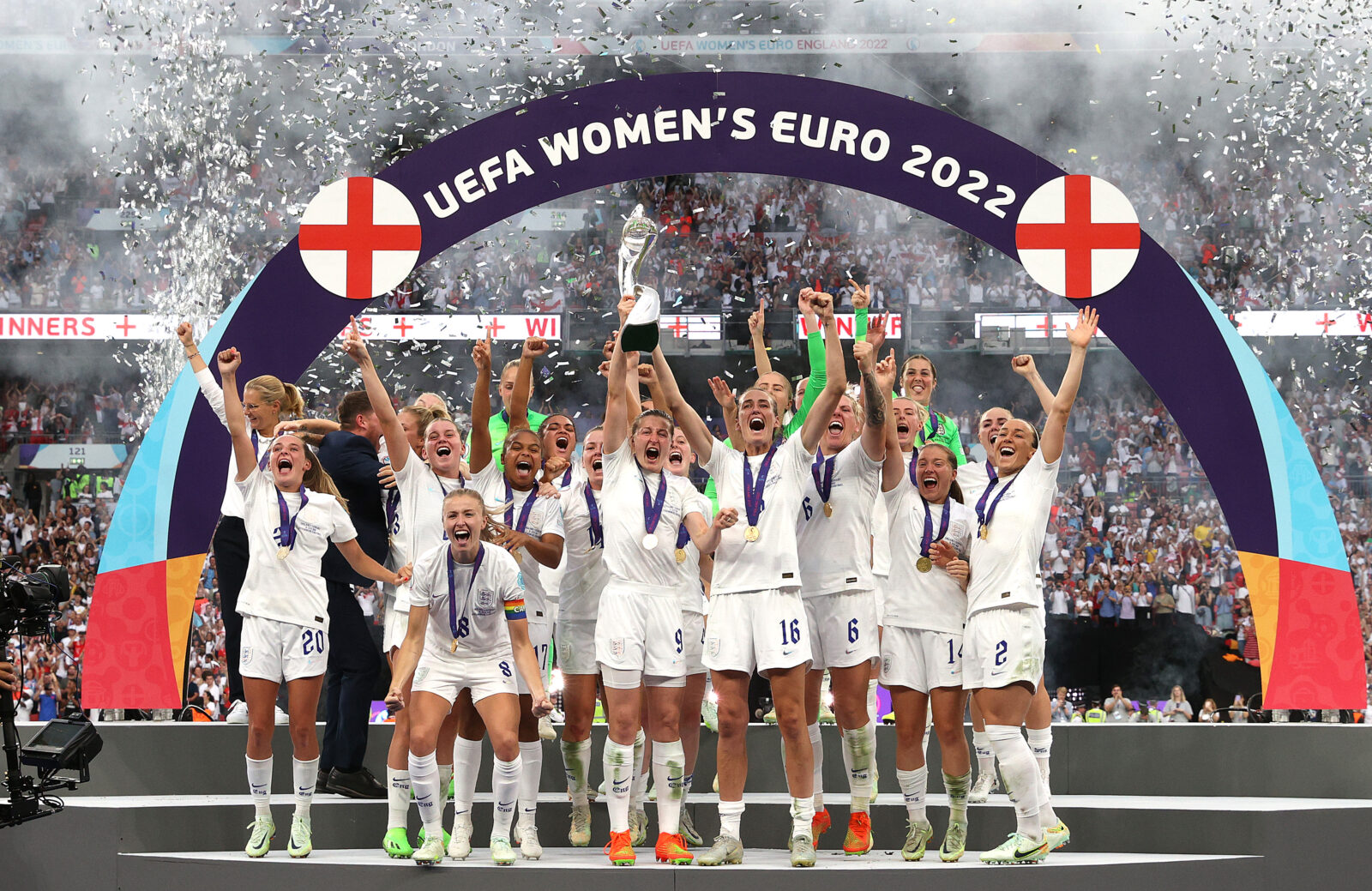 People have been taking to social media in their thousands to shower the Lionesses with deserved praise and support after they not only clinched the coveted title of 2022 European Champions by beating Germany 2-1 in a thrilling final match at Wembley Stadium yesterday – but also truly inspired the nation in the process.

In front of a roaring sold-out stadium packed full of excited fans, England scored the match’s first goal, with Tyldesley-born Manchester United forward Ella Toone smashing it into the back of the net in the 62nd minute, but hopes were dashed slightly when Germany equalised shortly after.

With the score 1-1 at the full 90-minutes, the match was taken to extra time.

The winning goal didn’t come straight away, but with the prospect of a penalties looming, the ball was at the feet of Manchester City star Chloe Kelly – who scored in the 110th minute to bring home the title.

The win is the country’s first international silverware since 1966.

Bringing home the title was the icing on the cake to what had been an impressive run of victories and goals by the Lionesses throughout European football’s flagship tournament, and has cemented its stars as household names throughout the country.

Many have already called England’s victory more than just a sporting achievement.

Some have branded it a “seismic moment” in this country’s history, and others have said the impact of the win is too great to truly quantify at this time.

Rafts of football fans, famous names, and people previously not-interested in women’s football alike have all taken to social media last night and this morning following the win to share their reactions and thoughts, and ultimately pay congratulations to the Lionesses.

Queen Elizabeth II, and the Duke of Cambridge Prince William were among the famous names to lead the congratulations to the team.

“The championships and your performance in them have rightly won praise,” The Queen said.

“However, your success goes far beyond the trophy you have so deservedly earned. You have all set an example that will be an inspiration for girls and women today, and for future generations. It is my hope that you will be as proud of the impact you have had on your sport as you are of the result today.”

Prince William – who is president of the FA, and watched the match live at Wembley yesterday – described the match as “sensational”, and said “the whole nation couldn’t be prouder of you all”.

Several of England’s national men’s team also took to both Twitter and Instagram to share their messages of support and congratulate the Lionesses, as well as a few of them being present at Wembley to watch the win live.

England captain Harry Kane, as well as Jack Grealish, Marcus Rashford, and Phil Foden were just a few of the players to publicly show support.

Manchester United captain Harry Maguire said on Twitter: “Huge congratulations to the Lionesses. Brilliant game. History made. The whole country is proud of you. Enjoy the celebrations.”

“Unbelievable achievement from the Lionesses. An inspiration to everyone in the country,” Manchester City’s newest recruit and England midfielder Kalvin Phillips said on Twitter.

Former England and Arsenal defender Alex Scott struggled to speak as the players celebrated their win on the Wembley pitch, explaining: “This is a dream, an absolute dream for every young girl that dreamt of playing football.

“Every single player has played a part. Nikita Parris, who came on at the end, came on to do a job for the team and the way teams play as a whole determines its success.”

Away from football, countless celebrities and well-known names have congratulated the Lionesses on their title, with some of the most prominent and heartfelt messages of support coming from iconic 90s girlband Spice Girls, singer Adele, Dame Joan Collins, and comedian Miranda Hart.

Rolling Stones guitarist Ronnie Wood also said that the Lionesses had “made us all so proud” as he congratulated them.

“What an incredible result – Thank you forever!” he added.

Adele described the achievement as a “game changer, and shared a photo of the Lionesses celebrating their win on Instagram, writing: “You did it – It’s come home.”