The best ways to celebrate National Chocolate Day in Manchester

Today is National Chocolate Day and if there's one thing we can unite and all get behind, it's a love of chocolate, right? 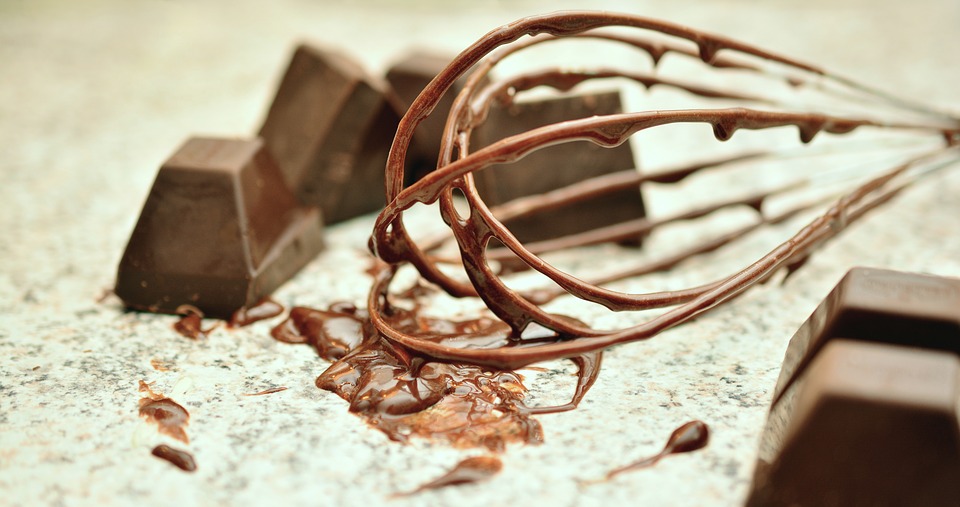 Today is National Chocolate Day and if there’s one thing we can unite and all get behind, it’s a love of chocolate, right?

We really hope you said yes to that.

National Chocolate Day couldn’t be a more perfect excuse to properly treat yourself, so if you’re looking to mark this indulgent day in style this year, then there’s plenty of ways to get involved here in Manchester, or right from the comfort of your own home.

Here’s a few of the best products, workshops, courses and hampers that we’ve found online.

Fancy feeling like a master chocolatier with this incredible chocolate workshop for two?

Right from a central Manchester location, you can be tutored by professionals in the delicate art of piping, cutting, dipping and decorating chocolate. The day will start with a fascinating history lesson, before you taste a wonderful selection of hand-crafted chocolates and then have a go at creating your own personalised giant chocolate button and scrumptious fresh-cream truffles that you can take home as a fabulous memento of the day.

There’s currently a special offer running on this workshop, meaning it’s available to book for just £70 (for two people) on BuyAGift.co.uk, and if you’re looking for something extra special, you can upgrade to a ‘Luxury Workshop’ for a further £20 too, so it’s definitely worth taking advantage of whilst you can.

Any bookings will be valid for 10 months.

You can find out more and book on to the Chocolate Making Workshop – Manchester here.

If you were intrigued by the above workshop, but would much prefer to become a master chocolatier from the comfort of your own home, then this engaging course will teach you how to make your own delicious chocolates online instead.

You will get to delve into the fascinating history of this indulgent sweet treat, as well as learn to make and decorate your own chocolate truffles. This online experience will also teach you the art of tempering chocolate, the secrets to perfecting and layering caramel, how to mould chocolate, make elegant chocolate bars and more.

If you want top tips and advice for making chocolate to a professional standard in your own kitchen, then this is the course for you.

This virtual one-to-one course is now available to book via BuyAGift.co.uk for £25.

You can find out more and book on to the Online Chocolate Making Course here.

Make Your Own Chocolate Pizza

Sure, the smooth, creamy loveliness of chocolate isn’t really the first thing that comes to mind when you think about pizza.

This Make Your Own Chocolate Pizza kit comes with everything you need to create your very own chocolatey masterpiece. All you’ll need to do is melt the delicious chocolate buttons and pour the molten goodness into the base mould, then sprinkle it with some creamy white chocolate ‘cheese’, add chocolate beans, jelly beans or anything else you might have onto your pizza base to create a heavenly treat made to order.

It’s retailing at £12.99 + delivery on PrezzyBox and you can get your hands on it here.

Prefer to treat yourself to a slice without all the hassle of making it yourself first? Don’t worry, there’s also a pre-made 10″ Chocolate Pizza on PrezzyBox too that looks just as indulgent.

This Chocolate Pizza is perfect for anyone who’s partial to a few chocolates every now again, or for someone who’s a full blown chocoholic. The ‘pizza’ base is made from the finest Belgium chocolate, topped with all sorts of delicious treats from vanilla fudge and white chocolate curls, to jelly beans, raspberry pieces and chocolate orange slices.

Basically, you can’t really go wrong with it.

It’s retailing at just £15.99 + delivery and you can get your hands on it from PrezzyBox here.

It’s retailing at £17.99 + delivery and you can get your hands on it from PrezzyBox here.

There really isn’t a more appropriate way to mark National Chocolate Day than with a hamper full of Cadbury’s chocolate, right?

It’ll set you back £29.99 + delivery and you can get your hands this Personalised Cadbury Hamper from PrezzyBox here.

An American tourist’s chaotic trip to Manchester has gone viral after he documented the whole thing in a TikTok vlog.

Adeib El Masri, a successful LA-based photographer and TikToker with more than a million followers, said that our city was like ‘a different world’.

He has previously been documenting his experiences of visiting London, including several vlogs about the British weather.

Over the course of two days spent up north, Adeib appeared baffled by the concepts of queueing, fairgrounds, and people being nice to each other.

His pair of heart-warming videos have amassed more than half-a-million views at the time of writing.

In the first instalment, Adeib films himself at Manchester Piccadilly, saying: “I’m in Manchester. It looks kind of the same except all the buses are free apparently.”

From his taxi, he adds: “Everyone is so much nicer here, I can already tell.”

He then takes a trip to ‘Trafford Mall’, where his visit to the cruise ship-inspired food court The Orient prompts him to say: “This mall has the most Vegas vibes ever. Like ever.”

On his second TikTok vlog, he praises Manchester for being ‘so pretty’ while walking through Chinatown, and says we have our ‘own Big Ben’ in the Kimpton Clocktower.

Adeib and his friends tried to go for afternoon tea at an undisclosed location, but were turned away for not booking 24 hours in advance (‘very pretentious’, he says) and end up visiting a local Costa instead.

He then documents his trip to a fairground, where everything about the experience seems to delight and confuse him.

He says: “So guess who’s at a carnival! So it’s not a carnival, it’s a parking lot.

“Moral of the story, check where the funfair is, it could be a parking lot that isn’t a real funfair.”

Fairground disappointment aside, he does concede: “You know what, Manny is a 10 out of 10, d’you know what I mean.”

He later says, on a visit to Dog Bowl: “To save the day I decided to go bowling. Bowling is not available. It’s fine,” before heading to Nando’s.

Once safely back in London, he updated his followers with this: “Manchester was like a different world. Everyone is much nicer, like genuinely out-of-their-way nice, which is bizarre.

“Literally nothing went right in Manchester. I was there for like a day and a half, I almost got deported. Let’s just not get into it.

“Will I be returning? Probably not.”