The Stretford Mall and town centre transformation masterplan has been unveiled

And now Mancunians are being asked for their say on the ambitious multi-million pound proposal. 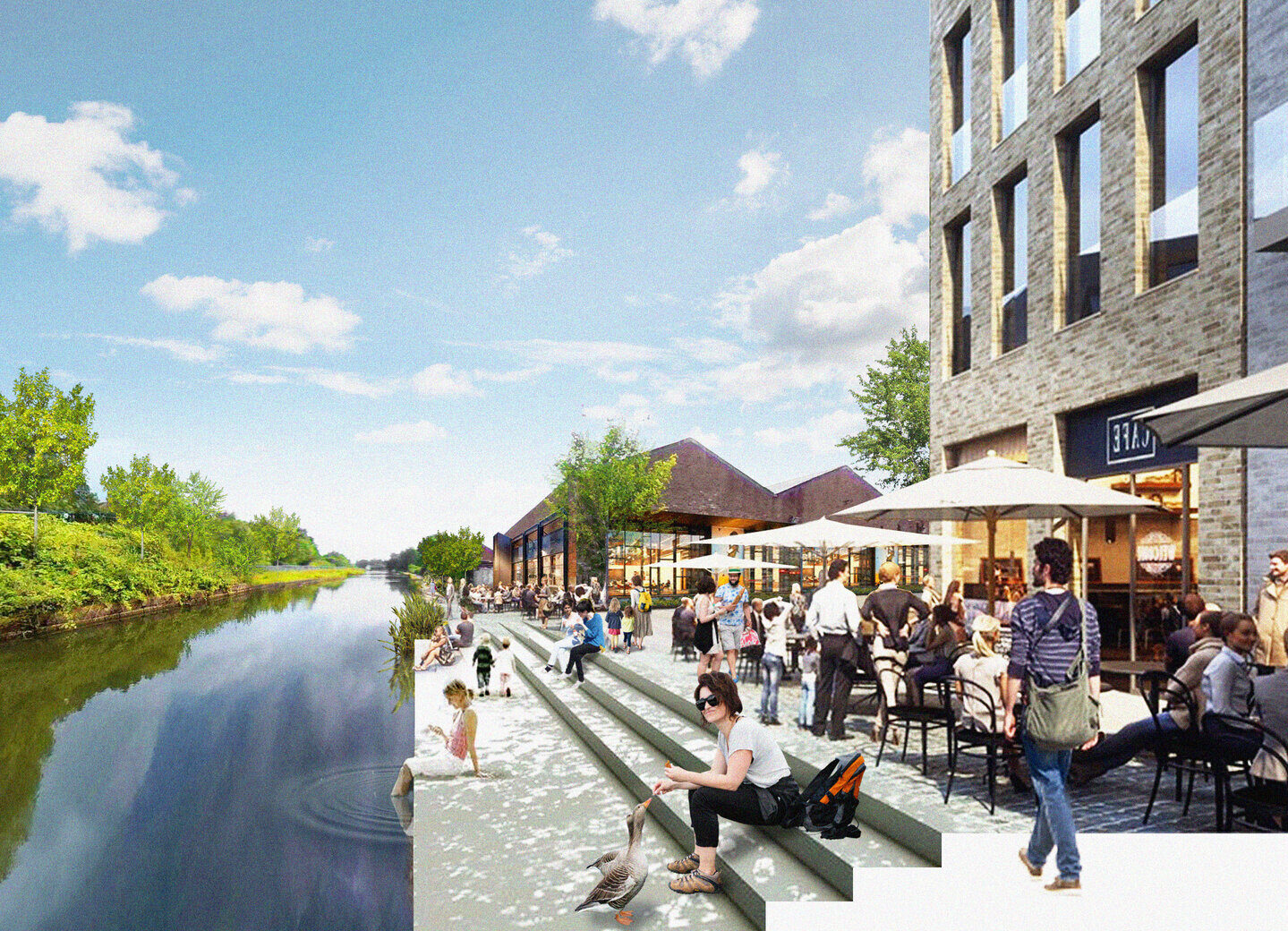 Mancunians are being asked for their say on an ambitious multi-million pound masterplan to transform Stretford Mall and the surrounding area.

The masterplan – which is being put forward by the joint venture between Bruntwood Works and Trafford Council – will provide places to play, work, shop and live in Stretford town centre, as part of  the wider Stretford Masterplan and the Area Action Plan (AAP).

The initial proposals are now being shared following feedback and responses collated over “an extensive 15-month public consultation” with the local community.

The proposed transformation – which covers more than 27 acres and comprises five neighbourhoods (Victoria, St Ann’s, Lacy Street, Stretford Centre and Stretford House) – includes plans for a phased redevelopment of Stretford Mall, the historic King Street to be reinstated to provide a thriving high street, as well as improved transport links, pedestrianised streets, more greenery and open spaces, and a reconfigured town centre with better connections to the Bridgewater canal.

It also includes plans to repurpose the Lacy Street area, which will unlock the connection between the town centre and the canal – an important green infrastructure and recreational route.

More green meeting areas will be created with public squares and open spaces, with proposals for a green biodiversity corridor including a Library Square and a ‘Central Park’ at the heart of the town centre.

Plans will also create improved access to the Bridgewater canal.

There are also further plans to provide up to 800 varied residential units around Stretford Mall and St Matthew’s Church, which will include affordable housing.

Speaking on the unveiling of the masterplan, Cllr Andrew Western – Leader of Trafford Council – said: “I am hugely excited by the wide-ranging regeneration plans for Stretford and I know local residents also share that excitement.

“Trafford Council has placed regeneration at the heart of our corporate priorities.

Stretford has enormous potential, making it one of the most exciting towns in the region [and] by sharing ideas and plans with the local community, we’ve ensured residents are at the centre of proposals for its future.

“The Stretford Masterplan is the culmination of a long-term collaborative partnership, and it’s a pleasure to work towards a shared vision and goals with Bruntwood Works and the local community. The proposals will significantly improve connectivity, create valuable green and open spaces, and hubs for people to gather and interact, [while also helping to] attract local independent businesses and exciting retail and hospitality brands [and] enhance the lives of local residents and visitors.”

Andrea George – Town Centre & Consumer Brands Director at Bruntwood Works – said: “One key theme to emerge from the public’s feedback is the importance of bringing back a vibrant high street, which will be the beating heart of the town.

“We plan to do this by reinstating King Street and delivering the right blend of retail, leisure, workspace and mixed use space to meet the needs of the community, where local independents can be neighbours with exciting brands.

“Green and open spaces that can safely bring people together are at the centre of our proposals.

“The plan will deliver a mix of leafy public squares and parks, including Library Square and Central Park, and change traffic flows around the town to make it easier and safer to get around town on foot and by bicycle, while connecting the town centre with the canal waterfront.

“We look forward to working in partnership with local residents, businesses and Trafford Council to help reinvigorate Stretford town centre, and build upon its heritage so it works better for the future.”

Residents are now able to provide feedback on the plans via the Stretford Mall Public Consultation website here, and the planning application for the Stretford Mall and Lacy Street masterplan – the first schemes to be developed to turn the plan into reality – is due to be submitted in February 2021.

The consultation window for resident feedback is open until 5th February 2021.