These moulds make ice lollies look like glasses of champagne and they're about as sophisticated as they come. 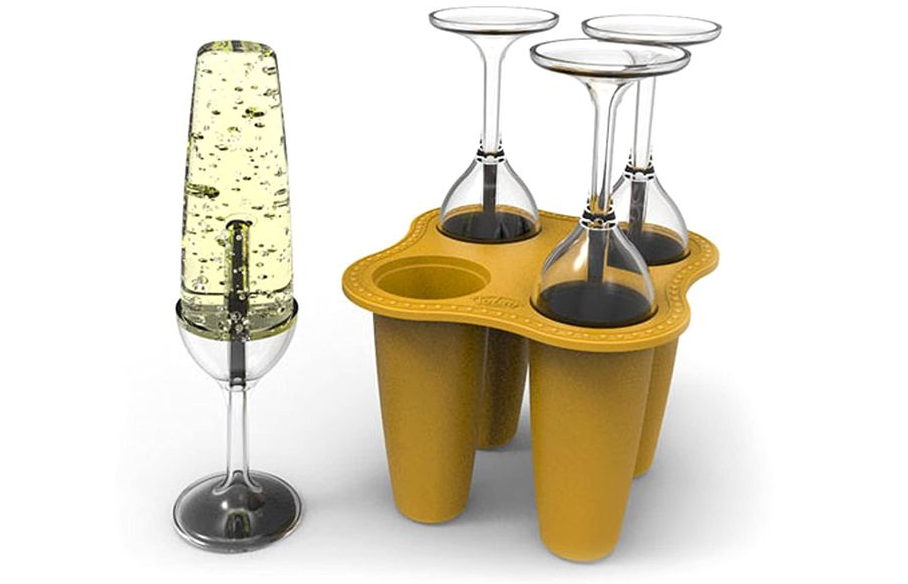 The sun might have gone into hiding a bit this week, but as the warm weather edges closer and closer, we’re already thinking about our next lockdown ‘night out’ in the garden.

If you’re a fan of a ‘boozy ice pop’ during the summer time, or whatever you prefer to call them, but are looking for something that edges a little more on the classier side, then these moulds make ice lollies look like glasses of Champagne or Prosecco (depending on how fancy you are), and they’re about as sophisticated as ‘boozy ice pops’ can come.

In fact, they’re called Sophistipops, so that says it all.

The Sophistipops are “easy to make”, “come out full of flavour” and are designed to let you “indulge yourself with a frozen treat that exudes high class and sophistication”.

According to the product description for the moulds, it works by: “Filling [the moulds] with your favourite drink to freeze, then place the champagne flute stems over the top of each mould and place it in your freezer.”

“After a few hours, remove the set and pull on a glass stem to retrieve a Sophistipop.”

It really is as simple as that.

Whilst the tops of the moulds are in the style and shape of a traditional champagne flute, that doesn’t strictly mean you have to use champagne or similar bubbly drinks to make the ice lollies. Whatever you’re drink of choice may be, these moulds will just make it look a little classier.

The set of four moulds are retailing at £8.49 from the online shop Umarodina, so it really isn’t a bank breaking purchase if you’re looking to make your next BBQ or garden party a proper posh one.

You can get your hands on the Sophistipops ice lolly moulds here.