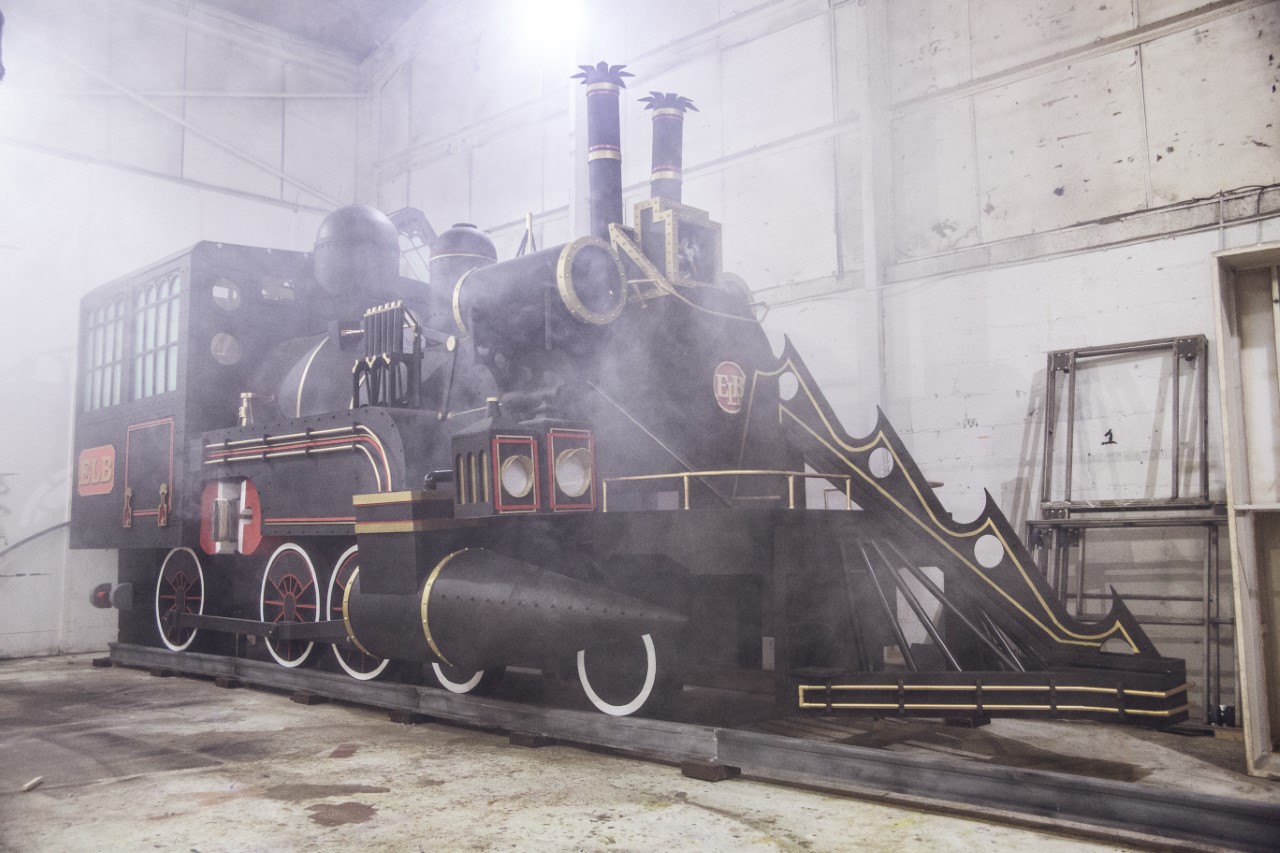 Two film superfans have teamed to build the world’s first full-size replica of a steam train used in the Back to the Future franchise.

Mike Hutchinson – who left a career in the finance industry to begin work in the events sector at the start of last year – joined forces with fellow Yorkshireman Ian Robinson, who works as a props maker at Harrogate Theatre and has sadly seen his day job curtailed by the coronavirus (COVID-19) pandemic, on the big build project, which has seen the pair recreate the Time Travel Train from the third instalment of the cult-classic film franchise starring Michael J Fox and Christopher Lloyd.

Despite the fact it only features on screen for a few short minutes, those familiar with the iconic films will recognise that the steam train was made famous by Lloyd’s character, Doc Brown, in the final film of the sci-fi trilogy released in 1990.

The replica also features the character’s initials, ELB, on the side of the cabin.

The train took the two pals around four months to build, with Ian more or less working on it full time, and Mike lending a hand a couple of days each week.

The incredible attention to detail of the replica has already got people talking on social media.

Speaking on the effort it took to complete the project, Mike Hutchinson said: “It was tough going.

“Where we were building it was an empty building, apart from me and Ian. It took quite a long time to build it, [around] a good three or four months [and] we only went out of our homes to build it when we were allowed to do so by the government COVID-19 restrictions.

“A lot of the train project was taken up in the research into it on the internet.

“We had to look at some pictures of the train over and over again, as it only has about three minutes of screen time in the film.

“We have done the rails for the train as well.

“It can all be broken down. It’s like a large prop jigsaw puzzle. It’s takes about 90 minutes to two hours to rebuild it once it is broken down.

“It is quite an achievement to build a steam train replica.”

As the owner of Back to the 1980s Events & Prop Hire, Mike is “frustrated” that his plans to exhibit the train at conventions or private events have unfortunately been delayed by England’s third national lockdown, but he is looking forward to showing it off when he can in the future.

And this isn’t the first time Mike has tried his hands at creating iconic replicas either.

“I built Delboy’s front room from Only Fools and Horses [too] and hoped to make my millions, but that never happened.” Mike told us.

In 2015, he also spent about two years and £20,000 turning his car into a replica of the DeLorean used by Marty McFly in the 1985 cult classic, with the conversion work including castings from the original car, which is in Universal Studios in Hollywood.

Mike continued: “As Doc Brown once said, ‘If you’re gonna build a time machine, why not build it with style?’, [and after all], where we’re going, we don’t need roads (or a train track for that matter)”.

He has plans to build a replica of the Kitt car from 1980s TV favourite Knightrider too.

The Time Travel Train is available to hire for any occasion – including future corporate and comic con events, and education and train enthusiast events – when government COVID-19 guidelines allow.

You can find more information via the Back to the 1980s Events & Prop Hire website here.