Mystery Escapades invites you to crack the code of '19 Granby Row'. 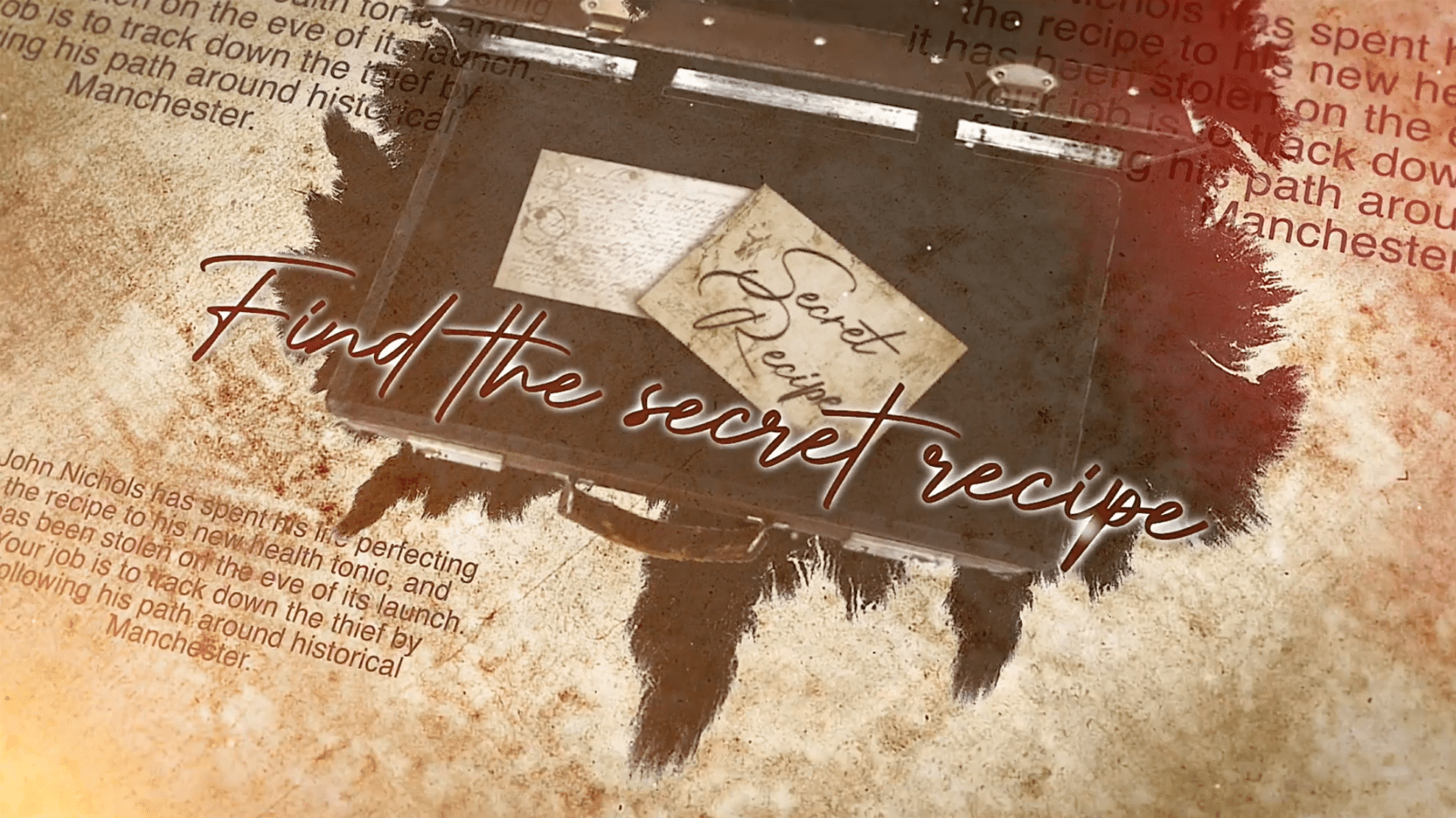 Manchester’s got a lot to be proud of, and Vimto is one of those things.

Vimto is a much-loved Manchester-born soft drink that contains the juice of grapes, raspberries and blackcurrants – each in a 3% concentration – which is then flavoured with a selection of delicately-balanced herbs and spices.

If you’re unfamiliar with the backstory, Vimto was created in 1908 at 19 Granby Row in Manchester city centre – now part of The University of Manchester’s grounds – by John Noel Nichols, who was a wholesaler of herbs, spices and medicines that saw the market opening for soft drinks, due to the temperance movement and the passage of the 1908 Licensing Act.

It was originally sold under the name Vim Tonic, which Nichols shortened to Vimto in 1912.

It’s hard to believe it now, but Vimto was originally registered as a health tonic or medicine when it was first created, but was then re-registered as a cordial in 1913.

As well as its continued popularity throughout the 20th and 21st century, Vimto has even taken on a life of its own as a flavour too in more recent years, and has spawned a number of other popular fruity variations, so it’s really come a long way from its origins.

But the history of Vimto is something that will always be rooted in Manchester.

And so, to celebrate this impressive history, two furloughed friends have launched a “historical Manchester” Vimto-themed virtual escape room that takes you back to 1908 and challenges you to solve the theft of the city’s most iconic and top-secret recipe.

Mystery Escapades provide online escape room adventures “packed with puzzles” for groups of any size, so whether you’re celebrating a special occasion, or simply looking for a bit of lockdown fun, this is a unique way for friends, families and colleagues to virtually “work together and flex that grey matter”.

All escape rooms can be played by teams across households using video conferencing software, such as Zoom and Skype, but there’s one in particular that Mancunians might be most interested in.

The description for 19 Granby Row reads: “It’s 1908 and you’re in Manchester to investigate the theft of a secret recipe. John Nichols has spent his life perfecting the recipe to his new health tonic, and it has been stolen on the eve of its launch. Your job is to track down the thief by following his path around historical Manchester. Each puzzle you solve will give you a clue to unlock the next room, complete them all and get the recipe back to its rightful owner. You can get clues to help you along the way if you get stuck but everything you need is within the game”.

​19 Granby Row is suitable for as many participants as you wish, but anywhere from two to six is advised for optimum game play.

There’s no time limit for this particular challenge either, making it perfect to play along with friends.

Speaking on the launch of ​19 Granby Row, Mike Lee – co-founder of Mystery Escapades – told The Manc: “We started Mystery Escapades as a bit of fun, but actually we think they’re quite good and we’ve had great feedback from players [so] we’ve set one in historical Manchester, taking in the sights of streets and buildings that remain in the city today.

“We’ve created this because we love the city,

“It’s where I was born and grew up and like any Manc, I’m staunchly protective of its place in the world”.

19 Granby Row will set you back just £15 for a pass valid for one month.

You can book your tickets, find more information about the escape rooms and access the all-important FAQs via the Mystery Escapades website here.