It's time to celebrate this iconic pillar of British TV. 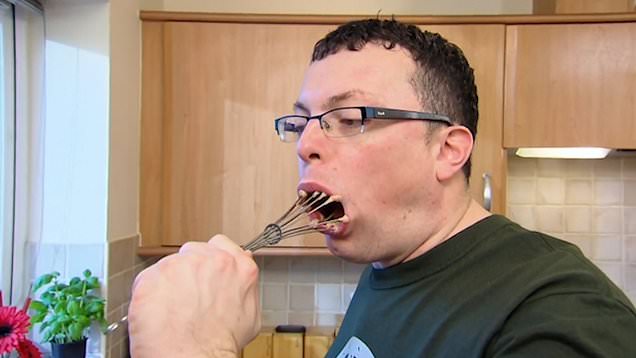 Where would we be without Come Dine With Me?

It’s a show that’s always there for us.

A show that first aired back in 2005 and now has more series aired than we care to count. A show with some of the quirkiest ‘characters’ to grace our television screens, a voice-over presenter armed with a never-ending list of witty comments and comebacks, and a theme song that builds tension like no other.

It’s a real pillar of British 00s TV viewing and it needs celebrating.

Now, you might be thinking that a countdown list of the most hilarious Come Dine With Me moments has essentially been rendered pointless at this point thanks to everyone’s favourite, and objectively one of the best TV meltdowns of all time – “What a sad little life Jane” – but there’s plenty of other noteworthy moments, that are equally as iconic in their own right, which often get overlooked.

Let’s take a look back at a few of these more underrated, but no less iconic, Come Dine With Me moments.

Narrowing it down to just five moments was a pretty tricky task as well, considering it’s been on air for 15 years after all, but we’ve plucked out a few gems.

“So tell me about the flatbreads Tina”.

There certainly hasn’t been a shortage of people who have pretended to cook all of their meals from scratch on Come Dine With Me when, in reality, they’ve substituted a few shop-bought items in there, but Tina thought she could finesse a whole shop-bought meal and blame it on the fact she injured her foot.

Spoiler alert – she get’s found out and it’s excellent.

Yes, we’re back to Tina.

Tina’s the Come Dine With Me gift that keeps on giving, and whilst it might seem a bit much to award her two spots on this list, she does deserve it. This time she’s not having it and storms out of the room after Reece (it wasn’t even Recce who did it by the way) makes a joke at her expense that she’s not too happy with and it’s just underrated TV gold.

Think of this as the sister meltdown to “What a sad little life Jane”.

We bet a good number of people who appear on Come Dine With Me probably think their meals have been the best that week, but most just know how to bite their tongue and let it slide if they don’t come out on top.

You really shouldn’t need more than that to jog your memory of what we’re on about here.

Still to this day, we have no idea whether this is a genuine moment.

Did he really mean to stick the whole whisk in his mouth like that? Is that really how he ‘tastes’ his cooking? He can’t be serious, right? Or is he just purposefully trying to trigger everyone?

Look, if he was aiming to be remembered as one of the strangest blokes to ever appear on Come Dine With Me, then he’s undoubtedly succeeded.

To top our list of hilarious Come Dine With Me moments, we’re taking it back to 2017 when poor Hali gloriously went, and there’s no other way to describe this, arse over tit as she made her way to one of the week’s dinner parties.

We know people falling over is pretty cheap comedy, but there’s no denying it’s funny. She went on to completely style it out and rock up like nothing ever happened too, if you were wondering.

Thank you Come Dine With Me for never failing to give us a chuckle when we need it, and just in case you clicked on this article hoping to see “What a sad little life Jane”, then it’d be wrong for us to deprive you of it.