In case you hadn’t realised, this upcoming Friday falls on 13 May, and a little cinema in Manchester city centre is marking it in probably the most appropriate way possible.

We all know by now that as part of Western superstition going all the way back to the early 19th century, Friday 13th is considered to be the unluckiest days – with the unfortunate event happening at least once, but can unfortunately sometimes occur up to three times within the same calendar year.

The superstition of the day is so engrained in our culture, in fact, that it gave way to the classic Friday the 13th film franchise, which so far includes 12 horrifying flicks, as well as several TV series, novels, comic books, and video games.

Unfamiliar with Friday the 13th? The franchise mainly focuses on the fictional character Jason Voorhees, who was thought to have drowned as a boy at Camp Crystal Lake due to the negligence of the camp staff, and then decades later, the lake is rumoured to be “cursed” and is the setting for a series of mass murders.

Jason is featured in all of the films, as either the killer or the motivation for the killings.

The original Friday the 13th film completely shocked audiences to their core when it was first released back in 1980, before the series went on to be one of the highest-grossing horror franchises of all time and make over $468 million at the box-office worldwide – and it sounds it’s set to scare audiences all over again this week.

For those brave enough to head on down to Ducie Street Warehouse’s much-loved ‘Mini Cini’ in the heart of Manchester city centre, you can catch a Friday the 13th double billing this Friday 13 May.

Hosted by Manchester’s dedicated horror film festival, GRIMMFEST, the Friday the 13th Double Bill will kick off with Friday the 13th Part II at around 6:30pm, before Friday 13th May Part 3 is screened in 3D at 8.30pm.

Special 3D glasses handed out to everyone before the showing starts.

Ducie Street Warehouse’s ‘Mini Cini’ is a retro cinema screen tucked away inside the popular city centre entertainment and social hub, with only a very limited number of seats.

The little exclusive cinema benefits from having an eclectic food offering of small plates, light bites, pizzas, salads, and more, as well as a bar directly outside the screen that serves up a wide selection of beers, cocktails, spirits.

Each seat in the cinema even has a QR code for moviegoers to scan to order food and drinks directly to your seat before and during the films.

Fancy it then? You can find out more and grab tickets here. 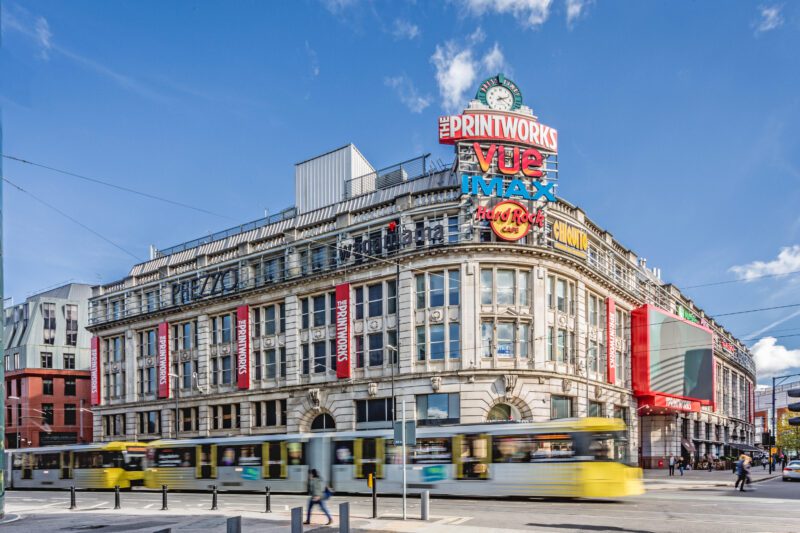 The landmark entertainment venue is dedicating the month of June to the 100,000 honey bees that live on its rooftop.
byEmily Sergeant

Miss Blair will be working the room, calling the shots, and playing tease with those cheeky bingo numbers.
byEmily Sergeant