The award-winning light festival is officially returning to Manchester at the start of December. 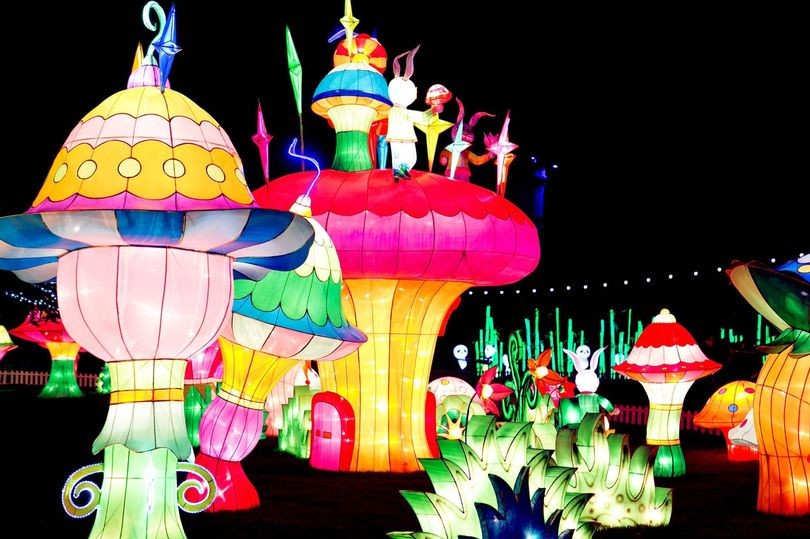 Lightopia is officially returning to Heaton Park for a new, socially-distanced edition of adventures, lights, lanterns, sculptures and shows this December.

Following the UK government’s announcement that England’s national lockdown will end on 2nd December, Lightopia – which was originally due to open on 20th November – is now to open its award-winning and visually spectacular lantern and light festival at Heaton Park on Thursday 3rd December, and extend its run all the way through until Sunday 10th January.

The event will be also now be open every day, except Christmas Day.

With Christmas very much the theme for this year’s light and lantern festival, Lightopia will use the stunning Grade I-listed Heaton Hall as its sparkling backdrop for all its festive merriment, and will feature a 10-metre illuminated Christmas tree.

Ticket holders whose booking has already been affected by lockdown restrictions have been informed directly and advised on all their options – including moving their booking to another date in December, or being offered a refund – and Lightopia is currently working with local authorities in accordance with government guidelines to create its socially-distanced festive spectacular.

This year’s event showcases unique interactive and immersive lights and lanterns, with new installations and a brand-new route for guests to explore for 2020.

The new route has been designed to create a safe environment where visitors are able to see the sights safely with friends and family, and there will be wider footpaths to maintain social distancing, a one-way system, three entry points to reduce queuing, and direct access to two car parks.

Lightopia has also implemented a series of further measures to ensure all steps are taken to keep visitors safe, and these include:

Lightopia will be open to the public from Thursday 3rd December – Sunday 10th January (except for Christmas Day) and opening times are between 5pm to 10pm, and last entry is 8.30pm daily.

Children under three can go free.

There are also a limited number of tickets available for key workers – with a 20% discount off the standard ticket price when using code KEY20 – plus, the 20% discount is applied to all tickets in the online basket.

One essential worker ID is required for entry, per party.

The festival will also launch a Wheel of Light for Black Friday with special prizes to be won from Wednesday 25th November – Sunday 29th November, and you can head to the Lightopia website to spin the Wheel of Light and be in with a chance of winning 25% off tickets, a VIP tour for two, and many more prizes (T&Cs apply).

You can book your tickets and find more information via the Lightopia website here.