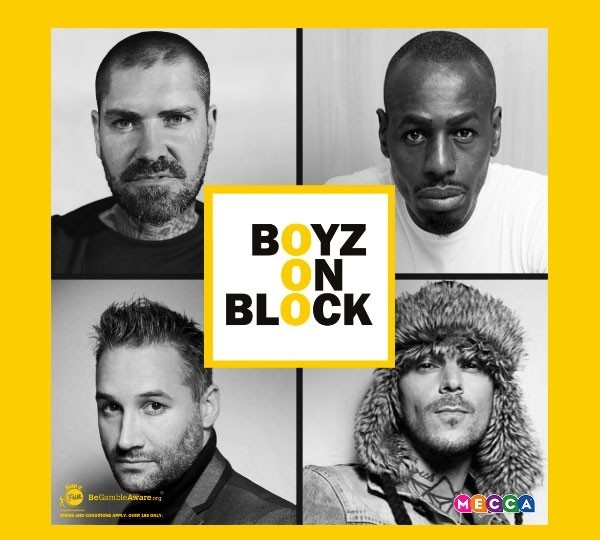 They’ll be performing as part of their UK tour.

Boyz on Block will be at Mecca Bingo in Bolton town centre this Friday 13th March as part of their UK tour.

The super group, which features former 90s boyband stars Ben from Phats and Small, Dane from Another Level, Abz from 5ive and Shane from Boyzone, will be performing as part of the  ‘Rewind’ 2020 Mecca exclusive tour.

The group formed after meeting at a party and promises a night of iconic 90s bangers. 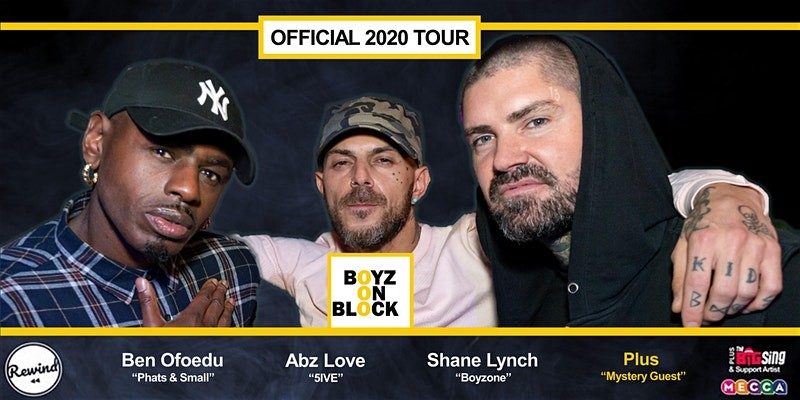 There will also be an interactive game show ‘The Big Sing Live’ on the night, as well as singing, dancing and of course bingo.

The party will be hosted by TV and radio presenter Ryan Swain and the group will be supported by YouTube singer/songwriter Jack Rose.

The event is currently touring at Mecca Bingo Halls across the UK.

You can still grab your tickets for the Bolton event on Eventbrite.