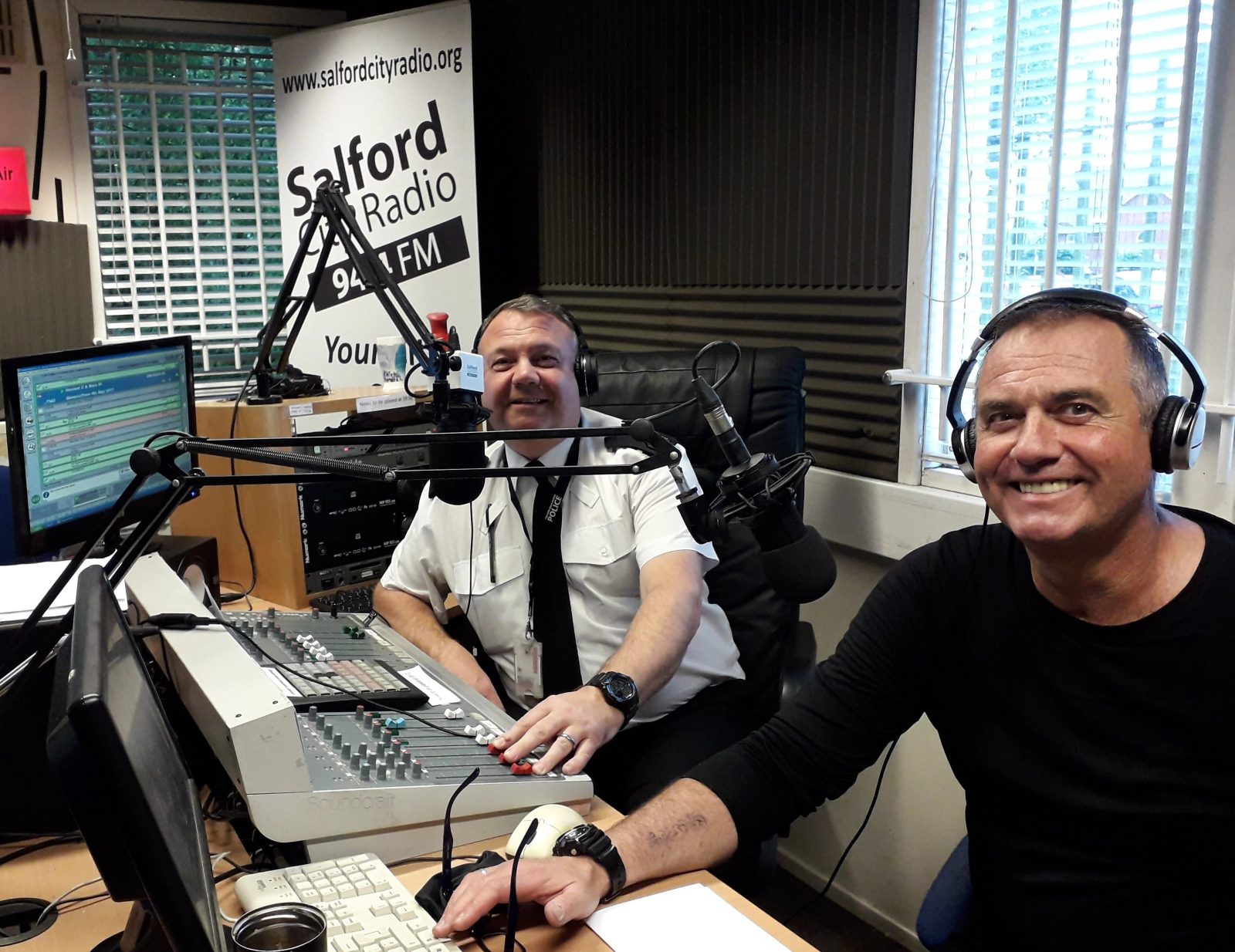 A local not-for-profit radio station has launched a crowdfunding appeal to help it stay on air.

Salford City Radio is run by just one member of staff, with around 80 volunteers chipping in to create a platform that makes ‘a real difference’ to the people of Salford.

Radio shows at the station are all presented and produced by volunteers from all backgrounds, who are in return given new training and skills.

For 15 years, Salford City Radio has given its team ‘a much-needed sense of purpose and routine, a reason to get out of bed each day and carry on.’

Many of its volunteers have come to the station following difficult circumstances like ill health, redundancy or bereavement.

But the station is now facing the expensive process of renewing its Ofcom licence, as well as its equipment and running costs.

It’s hoping to raise £20,000 over the next fortnight to cover those costs and stay on air.

Salford City Radio added that it provides ‘a voice for community and charitable organisations, local businesses, schools, local theatres, artists and musicians from Salford and further afield, and much, much more’.

They wrote: “Although like commercial stations we produce shows and adverts, we don’t make lots of money, we’re a not-for-profit community station whose shows are all produced and presented by volunteers from all backgrounds and all levels of ability.

“It gives them opportunities to learn new skills both in radio and other media, and many transferrable skills, helping to improve self-confidence, develop CVs and increase the potential of gaining paid employment.

“The Council kindly supported us financially up to 2016, and still support us by providing accommodation for our studios. Without their support we would have had to close.”

The studio is run from the Salford Civic Centre in Swinton.

Salford City Radio continued: “We ask you to help us please if you are able, by making a donation to our crowdfunder.

“As a thank you for your kind donation, you will be rewarded by opportunities to get a shout out on air, be a guest on air, or maybe even present your very own show!

“Your contribution will make a real difference to the people of Salford. Thank you for listening and supporting 94.4 FM.”

You can make a donation at crowdfunder.co.uk/p/salford-city-radio.