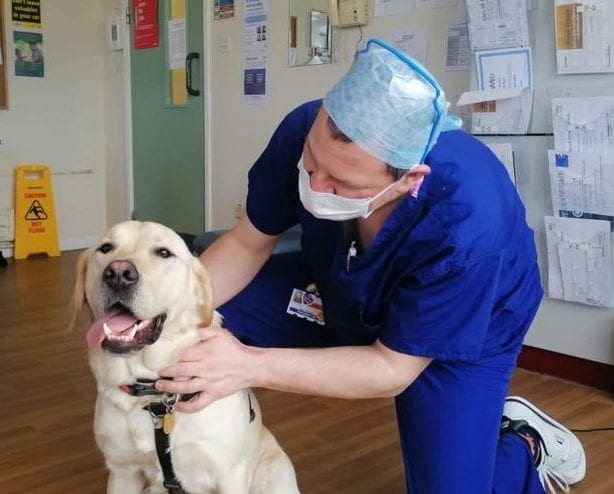 NHS staff at Royal Bolton Hospital’s Intensive Care Unit were recently treated to a surprise visitor to lift their spirits after a gruelling shift.

There’s no denying that the coronavirus (COVID-19) pandemic has taken a physical and mental toll on frontline workers up and down the country, but luckily, staff at Royal Bolton Hospital had some emotional support provided by a recent visit from Mason – a Yellow Labrador cross Golden Retriever from Guide Dogs’ Atherton-based training centre.

Due to a lack of confidence when making certain decisions, “gentle dog” Mason sadly wasn’t suitable for becoming a guide dog and is now training for the new role as a buddy dog for a child with a vision impairment instead.

Mason is currently being looked after by Sarah Thornton who, alongside her busy role in the intensive care unit at the hospital, also fosters for Guide Dogs in her free time, and has found that coming home to Mason after stressful and difficult shifts working during the ongoing pandemic has been a real comfort to her.

So, after seeking the relevant permissions, Sarah decided to take Mason into the hospital to let her colleagues have a much-needed cuddle too.

“Staff morale on the critical care wards has been hit hard by COVID.” Sarah said.

“Lots of people have died leaving a big psychological impact on staff wellbeing [so] to be able to take Mason in has been invaluable.

“It’s what the staff really needed”.

Sarah’s colleague Neal Ashurst, who works as an Operating Department Practitioner on the unit, described Mason’s visit as “the best day at work”.

Once restrictions are lifted later in the year, Mason will be able to progress on his journey to becoming a buddy dog and be matched to a child with a vision impairment – but in the meantime, he is making a significant difference to the happiness of many people.

Buddy dogs help children with a vision impairment to enjoy the benefits of having a well-behaved dog. While they are not a mobility aid, they do help to build confidence and lead to better relationships with others, as well as greater wellbeing.

Some children with a vision impairment can lack confidence, which has a knock-on effect to other areas of development, so having a buddy dog by their side can help them to thrive, and children gain a sense of independence by taking responsibility for the care of the dog, completing activities like grooming, and feeding with the help of their family.

“Children who have previously been shy cannot wait to get out of the house with a buddy dog by their side”. 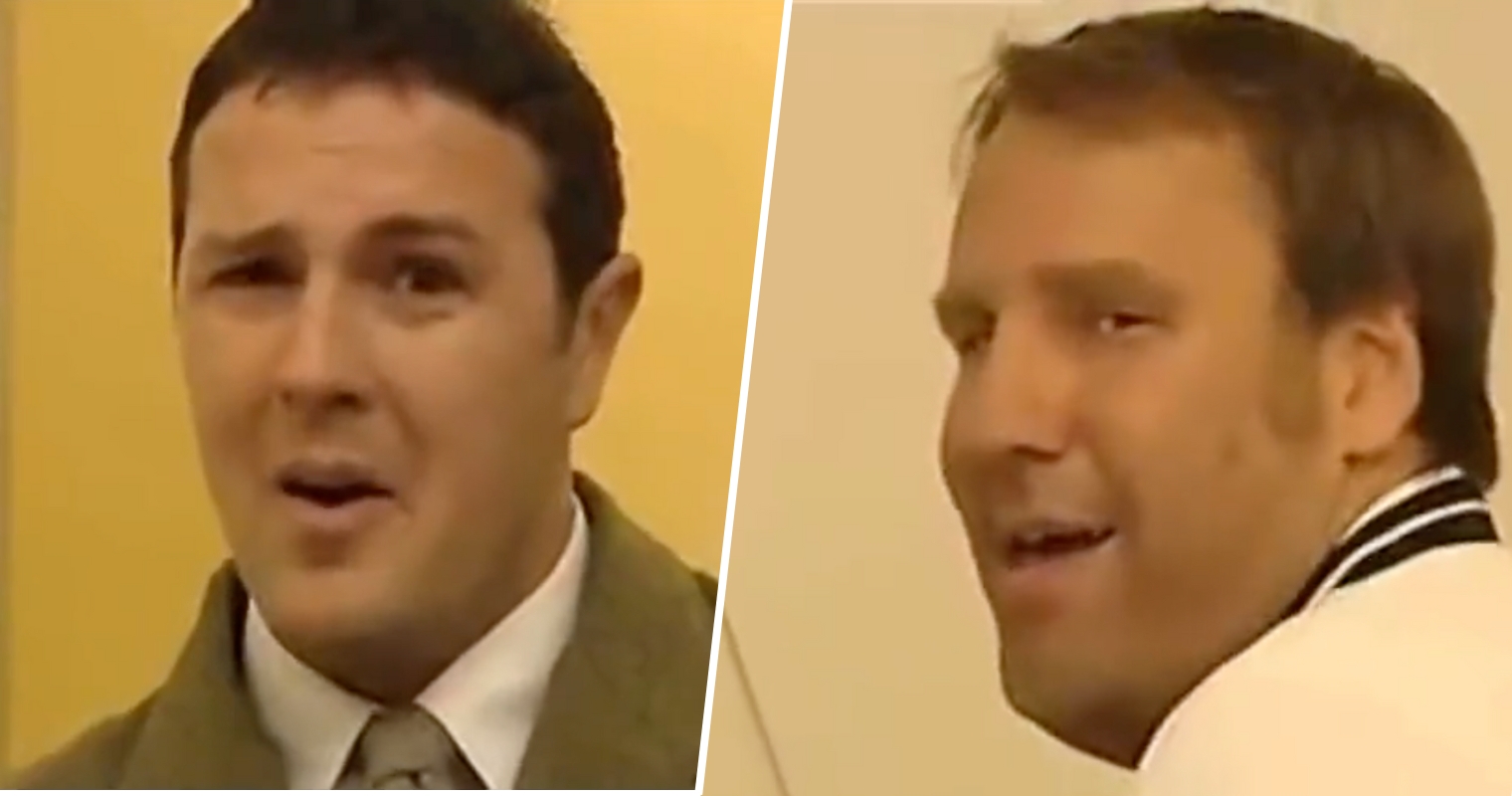 A very old clip of Paddy McGuinness has resurfaced this week and fans of the Bolton comedian are not coping well.

The clip comes from his All Star Balls Up DVD, which compiles funny mistakes and well, balls-ups, from the world of football, with the help of some famous footie mates.

One clip in particular that’s come back around has been labelled ‘vile’ and ‘traumatic’ – while others say it’s the ‘peak of comedy’.

The clip starts off in a weird way, with the Phoenix Nights comedian tucked up in bed with two seemingly naked women.

“Ooh you’ve caught me having a little bit of Paddy time,” he says, which is one word for it.

He then pulls himself together and pops a suit on for a proper intro, in which he describes himself as a ‘working class hero, man of the people’ – while having his supercar polished in the background. Clever.

But then we get to the clip that’s left people questioning how it ever got signed off in the first place.

In the video, Paddy walks in to see Chris Kamara, Alan McInally, and Paul Merson all bent over a sink, aggressively buffing something held at about crotch-height.

It’s pretty obvious what the gesture is meant to look like, but it turns out Chris and Alan are actually polishing up their trophies.

But Paul Merson… the dirty dog.

When Paddy asks what he’s doing, McInally says: “Best not to say.”

Then Merson turns to the camera with a facial expression that should definitely have been kept in private.

The initial person who shared the clip again, which has now been seen almost 1 million times, said: “The absolutely vile ‘joke’ at the end of this advert for Paddy McGuinness’ football DVD, Paddy McGuinness All Star Balls-Ups, has been stuck in my head since the day I seen it. Proper scarred for life stuff.”

Someone else wrote: “The last 10 seconds of this are both amazing and traumatic in equal measure.”

Another tweeted: “Well I wasn’t expecting that,” while someone else pointed out: “I have sooo many questions.”

It was also a nostalgia trip for a lot of people who were into that sort of comedy back in the 2000s.

One Twitter user said: “Memory unlocked; I deffo had that DVD. The football gaffe dvd era was unmatched.”

Another wrote: “Incredible stuff. I used to have this dvd and thought it was the peak of comedy.” 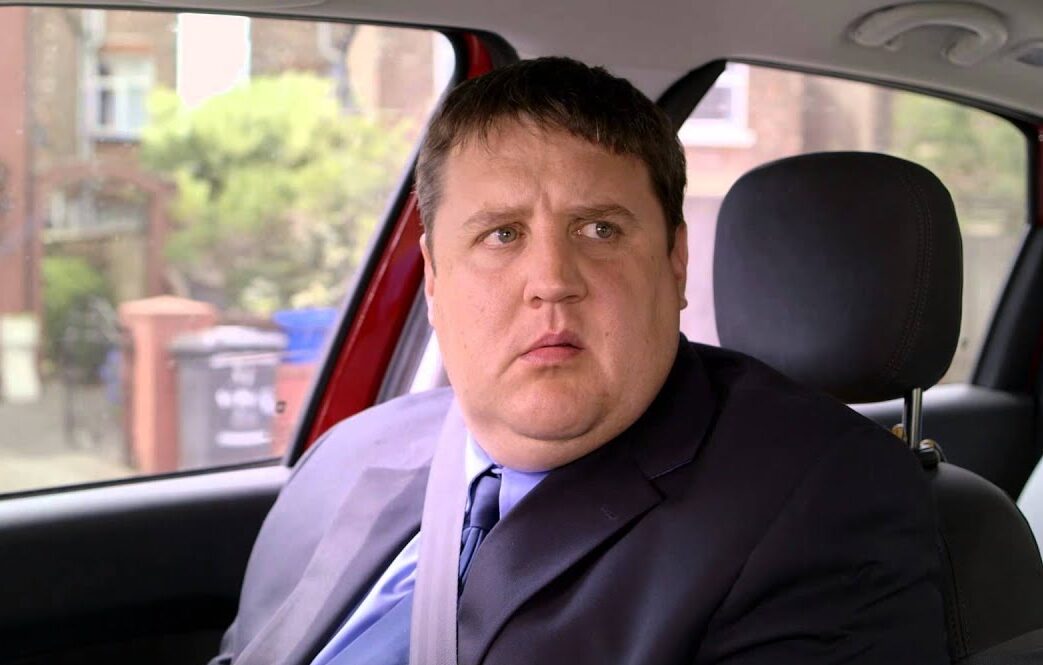 Peter Kay has taken a swipe at Matt Hancock in a thank you message to his fans after astronomical ticket sales.

The legendary Bolton-born comedian and actor has taken to social media to express his gratitude to everyone who has bought at ticket to see his upcoming tour, but while he was at it, also took the chance to chip in with his thoughts on the former Health Secretary and his highly-publicised current stint on the ITV reality competition show I’m A Celebrity… Get Me Out Of Here!

In case you somehow missed it, Greater Manchester – and much of the UK, to be honest – went into a bit of a meltdown last week when Peter Kay announced that he is to play a whole slew of huge Manchester shows from next month as he makes a return to live comedy on his first stand-up tour in 12 years.

Rumours began circulating that the 49-year-old was preparing for a 2023 comeback tour earlier this year, but it was first confirmed that Kay will be doing two massive shows at the AO Arena on Friday 2 & Saturday 3 December 2022.

After that, the comic will head on over to Birmingham to close out 2022, before making his way across the rest of the UK and Ireland in 2023.

Due to the absolutely overwhelming demand to see the comedy legend take to the stage for the first time in over a decade, with hundreds of thousands of people in online queues and tickets being snapped-up almost instantly when they went on sale this past Saturday morning, Kay decided to keep adding extra dates to the tour schedule to give all fans the chance to catch his comeback moment.

The comedian says he is “absolutely blown away” by ticket sales.

In a thank you message to his fans, Kay said on Twitter: “Absolutely blown away by the ticket sales so far, especially as some of the shows aren’t for a good while yet, but don’t worry, we’ll have a laugh when we’re all together.

That wasn’t all Kay had to say in his message though, as he made sure to sign-off by saying “P.S. Matt Hancock is a proper b***end.”

Matt Hancock, who was the former Health Secretary for a large majority of the COVID-19 pandemic between 2018-2021, and has also held a number of other senior roles in the UK government throughout his career, is currently causing a stir as a contestant on I’m A Celebrity…

Hancock was suspended as the Conservative MP of West Suffolk when he was announced as appearing on the ITV reality show.

Since entering the jungle, Hancock has faced all the Bushtucker Trials he has been eligible for, and has been the subject of much discussion, controversy, and questioning from both within the camp by his campmates and on the outside world on social media.

Hancock said he hopes by appearing on the show, he hopes to prove that “politicians are human”. 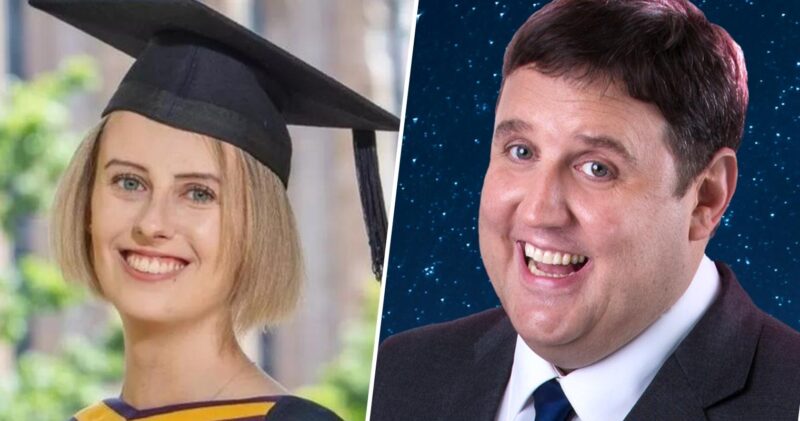 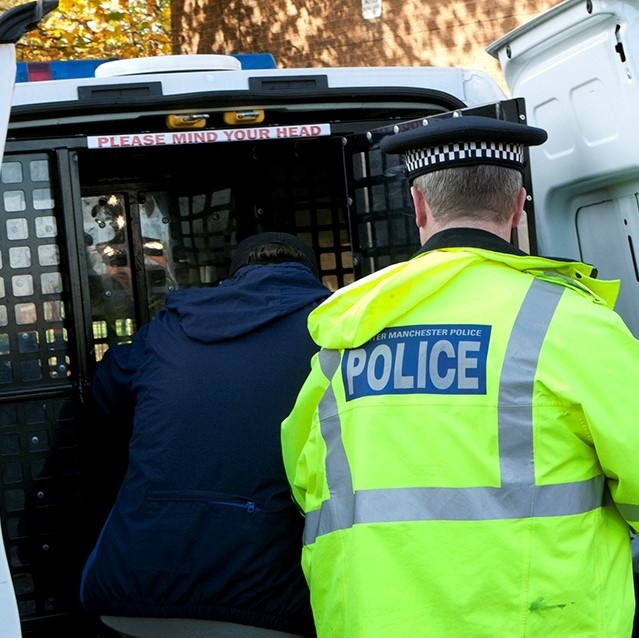