DEADLIFE: The darksynth producer on Manchester’s doorstep is one of music’s best-kept secrets

Meet the world-famous darksynth producer who streams music to millions from a terraced house in Stockport.

The success of his record, Singularity, dropped Ed into glorious surroundings – putting his name right alongside the genre’s biggest stars.

Thousands have started listening to his music. But few of them know where the sound’s been coming from: A tiny terraced house in Stockport, Greater Manchester.

By day, Ed Hawks is a warehouse worker; paying the bills by doing shifts at an old Victorian mill in North-West England.

But by night, he’s DEADLIFE – a leading name in the brand of electronica sweeping the world known as ‘darksynth’.

His music has more than 3.5 million streams – 110,00 per month on Spotify alone – with people tuning in from Russia, Finland and France on a daily basis.

“I live a double life,” Ed laughs, still a little perplexed as to how he got to this point.

Balancing two lifestyles means Ed is often too busy to take note of his own success.

When he stops to think about it, he gets bewildered; ping-ponging between words like ‘surreal’, ‘mad’, and ‘weird’ in an attempt to make sense of it all.

“I was already making these weird spacey bits that didn’t fit anywhere – but now I’ve found myself at the forefront of this scene that’s kind of come out of nowhere,” he explains.

“When I got an email from my label telling me I’d made the Billboard charts last summer, I was like ‘ah, cool!’ and then went back to work.

Darksynth – an underground electronic subgenre that puts the synthesizer instrument front and centre – has emerged from media, set in, or inspired by, the 1980s.

Whilst it’s largely remained niche, there’s evidence of the genre going mainstream in recent years – exemplified best by The Weeknd’s smash-hit darksynth track ‘Blinding Lights’ – and DEADLIFE is regarded one of its flagship figures, showcasing the genre’s versatility with a sundry-sounding catalogue of albums.

At its calmest, DEADLIFE’s music occupies a world of neon pink trees in glowing sunsets, whilst his more upbeat cuts could suitably soundtrack the kind of sodden industrial streets you’d find in Blade Runner.

But at its most energetic, darksynth sounds like Daft Punk recorded a set in a storm, clashed helmets, and each staggered back onto upturned plugs – spinning and flailing between the lightning strikes before slamming their palms against the drum kit.

Soundtracks from classic video games such as Final Fantasy and Metal Gear Solid have helped to mould darksynth’s sound and image. But for Ed, the game that had the biggest influence on him – and the genre as a whole – was Hotline Miami.

The top-down 2D shoot-em-up was released in 2012, featuring music from artists who had borrowed from the eighties vibe and cranked up the pitch.

As a package, it one of the earliest incarnations of darksynth – although it didn’t really have that name back then.

“It was just an independent game on Steam,” Ed remembers.

“It was fun to play, and the soundtrack was banging.”

Ed loved everything about Hotline Miami, from the adrenaline-fuelled electronic beats to the psychedelic cartoon promo art.

It was around this time he started “making beeps” (as he calls it) himself; marketing the resultant music as ‘DEADLIFE’.

He chose cover art that “felt like it was for a film that didn’t exist”, and quickly developed a musical style and persona that shot him to the upper echelons of a burgeoning genre – favouring a lo-fi, gritty, dirty sound that mirrored the cold feel of northern Britain.

The latest DEADLIFE album, Dark Nation, was released last week. It’s his ninth in just three years and has been yet another success – climbing into top tier positions on Bandcamp and iTunes.

Ed considers Dark Nation a sequel to his last record City of Eternal Rain – named after the wet weather of Greater Manchester; a region where Ed feels he belongs.

The DJ was originally born in Crewe, but he’s always considered Manchester to be something of a spiritual home.

He calls Marcus Rashford “the second Jesus”, and dedicates a chunk of every media interview to hyping up the city where he found his sound.

“I’m proud of repping Manchester for darksynth,” Ed tells us.

“It’s a really musical city… it’s got this super rich history. The fact I can even contribute in any way to that… it’s just awesome.”

But before the ‘beeps’ and Billboard charts, there were bands.

However, his work ethic – the same one that’s made DEADLIFE one of the most prevalent names in local electronic music – got in the way.

“I really wasn’t suited to that life,” Ed admits.

“At first it was alright. But I just wanted to write. I felt like we should be writing; not just do one album and then leave it.

“I feel like there are a lot of people who want to be in bands but don’t want to do the work.

Bandless, but still wanting to pursue music, Ed found himself rediscovering tunes he loved during his teens and the world of video game soundtracks.

It made him realise what he wanted to sound like – and he put the effort into learning how to write music electronically.

“For the first time, I wasn’t surrounded by people in the industry who were full of shit,” Ed says.

“It was just me. There was none of this trying to be cool and all this image bollocks.”

After pushing his gaming PC to breaking point and crashing the system more times than he can remember (it wasn’t built for advanced music-making), Ed completed his first album in 2017.

“For about a year, nobody really listened,” Ed admits.

“But I got talking to another artist called Tonebox online. He was making similar stuff and was a lot bigger than me.

“He told me to send my stuff to New Retro Wave records.

“I found like a random email – you know like an ‘[email protected]’ address – and just wrote a message saying: ‘Here’s a bunch of tracks I’ve done.’

The label NRW picked up DEADLIFE in 2018 for his second record, Order of Chaos, and he’s been signed on ever since – churning out hit after hit.

“They’ve been really good with me,” Ed says.

He likes the fact it’s all straight down the middle with no Zoom meetings or deadlines. He just writes music from his room, emails it through, and waits for a ‘yes’ or ‘no.

“I work, come home, grab something to eat, and then I write – it’s very unglamorous,” Ed snickers.

But Ed reckons the discipline instilled at a young age in bands has helped him succeed in both lines of work.

“Music was always something I was alright at – but I had to keep practising to get good,” he explains.

“Some artists can’t let go of a track, they’re like: ‘This has to be the one; the track’.

“I mean, you just don’t know, do you? You’ve got to let go, sometimes. Nothing’s ever fully finished, you’re always trying to perfect it.

“You have to suffer a bit for your passion, sometimes, I think.

“I’m not anything special, I just work hard at it every day.”

Between 2014 and 2017, Ed estimates he wrote about 600 tracks that never got released. But the ones that did see the light of day have continued to rack up repeated streams.

The result has been eight DEADLIFE albums each slightly different in tone (e.g. the tropical Rebel Nights, the dreamlike Orphan) but his latest two offerings are part of the same package.

Dark Nation, like the album that came directly before it, opens with an ambient intro you might find on a Burial or Aphex Twin record before bursting into a breathless blend of Boyz Noize, Erol Alkan, The Crystal Method and Eric Prydz.

It’s the product of relentlessly hardworking musician, and it should come as no surprise that yet another album is already in the works.

However, the ninth record could bring us a slightly different DEADLIFE; with the music created on a new PC, new equipment, and new synth machine.

Thanks to his recent success, Ed now has an electronic setup fit for a pro musician for the first time.

“I write, mix and master everything myself, so I just need that extra day for music now it’s taken off,” Ed says.

Could we be seeing the beginning of Ed’s permanent transformation into his musical alter ego? 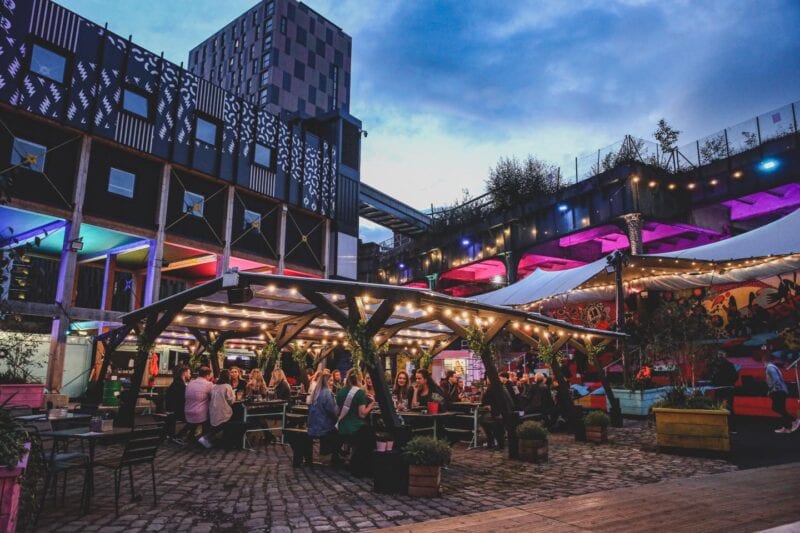 Take a look at this week's music offerings. The list couldn't be more eclectic. something here for everyone.
byHannah Starkie 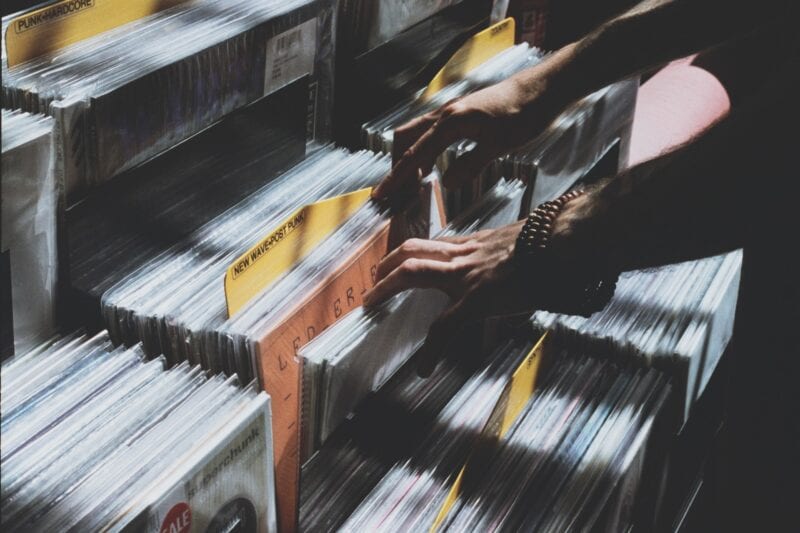 There's no better place to be than Manchester when Record Store Day rolls around - with several b releases up for grabs on 29 August.
byThe Manc

A Sex Pistols performance in 1976 has gone down in folklore as the “gig that changed the world”. Everyone claims to have been there. But the truth is more complicated than that...
byThe Manc 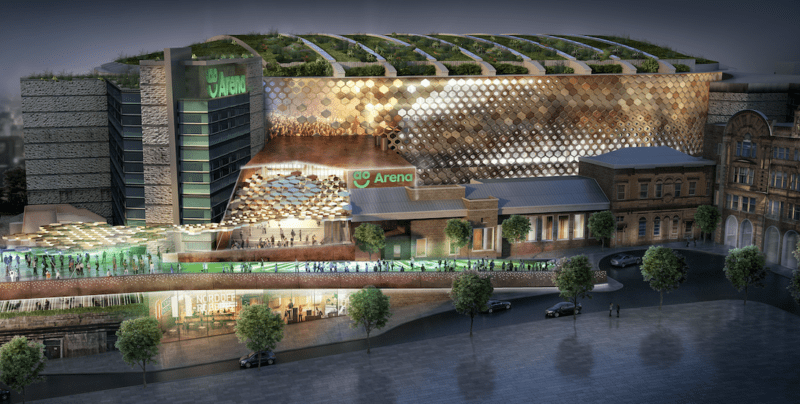 Manchester Arena is being renamed as the ‘AO Arena’

The new headline sponsorship will see the site titled the 'AO Arena' until 2025 - with AO customers entitled to exclusive access, tickets and experiences.
byThe Manc