In June 2010, Greater Manchester lost its weirdest, most wonderful resident – and nothing has been the same ever since.

At a fancy-dress party in the early 1980s, one guest stood out among the various heroes and villains of the night: A man in a giant papier-mache head.

The face was shaped like a rugby ball. The eyes were wide and unblinking, resembling a pair of Pacman heads. The hair was painted-on – with a single streak removed to resemble a side parting. The mouth was carved out as a pair of protruding, pillowy lips.

That party crowd – who were both tickled and terrified by what they saw – would be Frank Sidebottom’s first ever audience.

Within months, people were actually paying to see him.

By the nineties, Sidebottom – a whiney, constantly-distracted overgrown child in a badly-fitted suit – had turned into a multi-talented superstar of Timperley: A lead singer, comedian, chat show host, guest speaker and football club founder all rolled into one.

He left his mark in music, media and print; spending a lot of time performing off-key, localised covers of classic songs (Born In Timperley, Panic On The Streets Of Timperley, Anarchy In Timperley etc.) whilst his other adventures were detailed in cartoons (drawn himself).

When he wasn’t performing on stage or cheering on his football team Timperley Bigshorts (which he created) from the sidelines, Sidebottom could be found frolicking all over Manchester, be it splashing through water fountains on live TV, pestering passers-by, or parading through gardens with the head of Aphex Twin on a stick.

He appeared at Reading Festival, Wembley, The Cavern Club and pretty much any place in Manchester that had a stage. Sometimes he’d just head out to the pubs and chat nonsense to a half-drunk crowd.

He lived an enigmatic life quite unlike any other character in history – with authors, journalists, filmmakers and fans still poring through his back catalogue to this day.

The man underneath the head was Chris Sievey – a young illustrator, doodler and musician. He’d mocked up the costume on a whim for an evening out, but decided to don the large head more regularly after seeing Sidebottom strike a chord.

The papier-mache was constantly being refined before eventually being upgraded to fibreglass, and Sievey would always wear a nosepeg tied to a cord around his ears to ensure Sidebottom spoke with a nasal, northern twang.

One person to play with Sidebottom during his heyday was journalist Mark Kermode.

“Everyone who was in Manchester at that period gigged with Frank Sidebottom,” commented the critic.

“Because Frank Sidebottom performed all the time, anywhere and everywhere.”

Starting out as mega-fan for The Freshies (Sievey’s band), Sidebottom slowly turned into a big draw on the gig circuit, which led to him branching out as his own musician, before eventually turning into an interviewer and on-the-ground journalist.

He became the Manc equivalent of The Naked Cowboy in Times Square; a familiar sight for locals, but someone who perplexed out-of-towners.

Given his Marmite brand of humour, it was always fascinating to see what type of reaction Sidebottom would get from his interview subjects. Celebrity guests on his chat series Frank’s Proper Tele Show would either keel over laughing at the absurdity of it all, or sit squirming in their seats in visible discomfort.

Not that it really mattered who was on the show, anyway. They’d barely get a word in edgeways.

Sidebottom would pepper his guests with inane questions and seemingly lose interest in the answer before the final word fell off his tongue; promptly flopping back into his chair, flailing his limbs in the air, or letting his oval head droop to the ground.

Sometimes, he’d make an inquiry then respond to it himself. On other occasions he’d throw tantrums.

Sidebottom’s later shows were screened on the now-defunct Channel M for smaller local audiences, and there’d be ridiculous prizes for those who tuned in. He would proudly present items like “out of date food”; “a press pass to get into an event that’s already finished” and “pickled Power Rangers” (toy figures inside pickle jars); promising to mail each gift out to the winner.

Anyone meeting Sidebottom would find getting a sensible conversation out of him absolutely impossible. One BBC interviewer, adamant to uncover the truth, once asked him: “What is it you’re trying to do?”

“I’m trying to make some money without me mum finding out,” replied Sidebottom.

But it was supposed to be that way. As his old bandmate Rick Sarko put it: “Frank didn’t want to be exposed as being a normal human being. Which he wasn’t.”

Very few people had Sidebottom figured out. Even now, ten years after his death, speculation surrounding the character remains rife.

Some think he was just a bizarre comic creation built solely as an excuse for Sievey to act daft and score cheap laughs in snooker clubs. But those closest to the man with the big red smile believed it was more complicated than that.

The fact that Sidebottom’s true identity was a mystery for many years was no accident. Sievey had gone to great lengths to keep it that way.

One of the few people who knew the real man during his lifetime was the journalist Jon Ronson, who played alongside Sidebottom in his Oh Blimey Big Band (the criteria for getting into the group was Ronson’s ability to play notes C, F and G successfully).

When Ronson walked backstage for the first time and said hello to “Chris”, a strange silence filled the air. He cautiously corrected the greeting to “Frank”, and only then, did he get a cheery, nasally reply.

When it came to Sidebottom, Sievey never, ever phoned it in. When that giant head went on, he completely slipped away and let his chaotic character take the reins.

Mick Middles, Sidebottom’s biographer, suggested Sievey was consumed by his creation, calling the transformation into Sidebottom as “unsettling and remarkable”.

It reached a point where Sievey flipping between egos wasn’t entirely voluntary. It just happened.

Ronson remembers that Sievey would sometimes stay in character as Sidebottom for hours after he was done performing – despite there being no audience to play up to.

Sievey and Sidebottom seemed to live very different lives. But occasionally, the lines between them would blur.

When Sievey was summoned to court for late payments to HMRC, for example, the experience was supposed to scare him straight, but instead it served as inspiration for Sidebottom to write a song about the merits of the taxman.

The footage of him singing “tax is absolutely fantastic” whilst merrily filling in financial forms on a kitchen table in front of an absolutely baffled onlooker is gold.

A restless creative and fun-loving cartoonist, Sievey had little time for the dull seriousness of adulthood, and Sidebottom offered him the perfect outlet for escape.

In Steve Sullivan’s wonderful documentary, “Being Frank”, it’s revealed that Sievey set the costume aside for a period, partly resenting the fact that Sidebottom had become famous when “Chris” had not.

Sievey spent time away from Sidebottom by working as a designer on animated shows like Pingu and Bob The Builder, but he couldn’t stay mad at his alter ego for long.

After a lengthy absence, he blew the dust off the head and the two reconciled, although the comeback would tragically be cut short.

Sievey was diagnosed with cancer in 2010, and he was found unresponsive on the floor of his flat just weeks later.

Despite Sidebottom’s local fame, Sievey died almost penniless, and was left facing a pauper’s funeral until Ronson tweeted the news to followers.

Within hours, Sievey’s family had a pot overspilling with thousands to give him the kind of send-off he deserved.

Sidebottom has been gone for a decade, but you can still see him today – encased in bronze in his hometown of Timperley; a single thumb raised to greet passers-by.

The Sidebottom statue sculptor, who hailed from Eastern Europe, admitted she’d never seen anyone quite like him when she was recruited to do the work.

Even in death, Sidebottom was still surprising people.

A scheduled memorial was due to take place in Timperley this weekend; ten years to the day since Sidebottom bid farewell. But, like so many other major gatherings in 2020, the meet-up has been scuppered.

To help keep the memory of Sidebottom alive, the ’10th anniversary’ tribute will be hosted online instead.

You can’t help but wonder what Sidebottom would have made of everything happening today. He’d certainly have had no problem with being locked down in his hometown.

Between his statue’s feet lies a plaque containing a message scrawled in the lower-case cartoonish handwriting style that both Sievey and Sidebottom favoured.

“As long as I gaze on Timperley sunset, I am in paradise,” it reads.

You know he was, he really was. 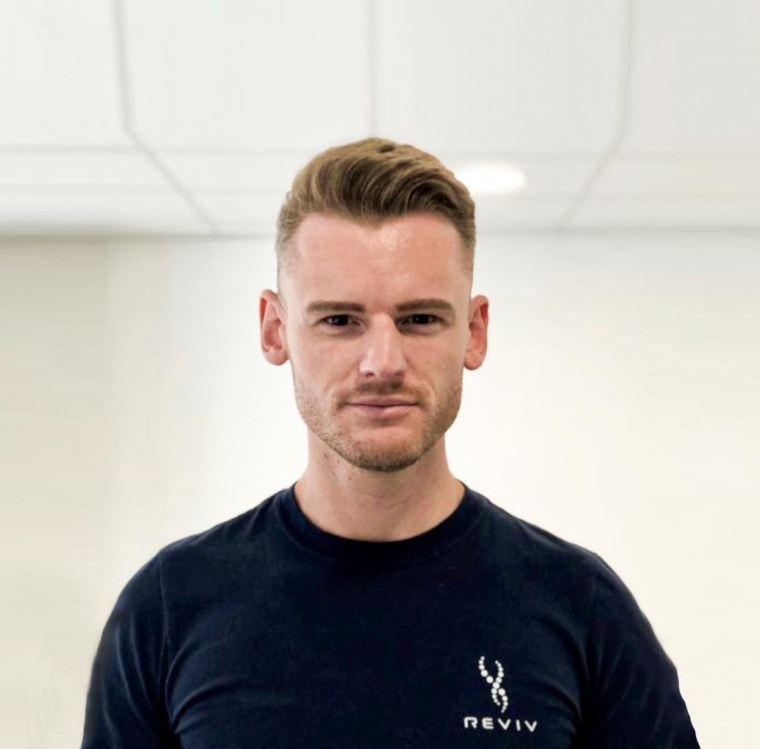 A Manchester doctor debunks the myths surrounding vaccines and COVID-19