By The Manc
Tim Hague 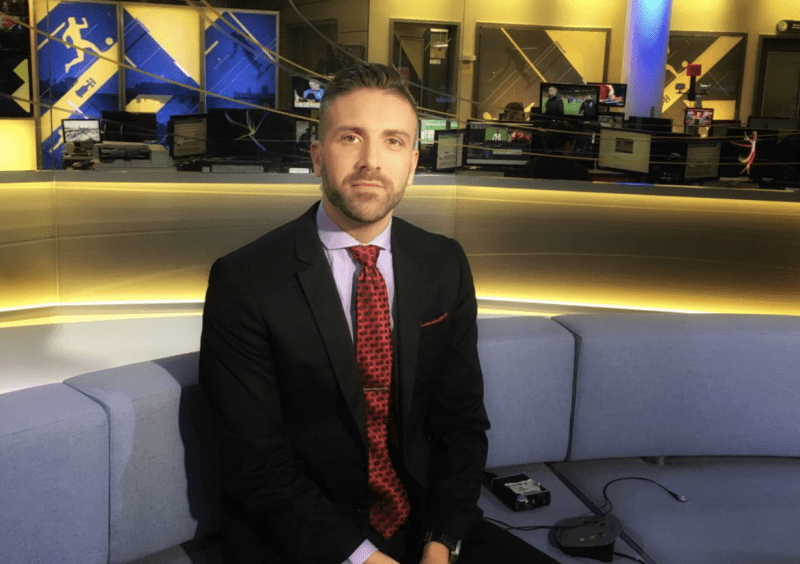 COVID-19 is threatening to render the handshake redundant.

The western symbol of pledge and companionship is considered uncouth in 2020. And, for as long as a particularly nasty strain of bacteria is burning a hole in the economy, people will remain reluctant to clasp palms.

With the physical act of shaking hands now taboo, the credence of digital-arranged agreements is also crumbling.

Coronavirus has triggered an avalanche of damage to consumer confidence, as people lose sense of what they need, deserve and expect from service providers.

In the current climate, there's been a rise in organisations failing to provide what was originally promised. Complaints are being greeted with a “computer says no” default setting. Common sense is, alarmingly, falling by the wayside.

Despite being on his knees financially and emotionally, the startup owner spent six full days completing an application for a £25,000-£50,000 government grant - from a total pot of £20 million - that could potentially save his business, (Anglia Education - an English language learning service), by the skin of its teeth.

After dedicating 50+ hours to the application - time that  could have been spent salvaging his livelihood - Tim received a template rejection email stating his application was “ineligible” and wouldn't be considered... because he was £2 over the £50,000 application limit.

Shocked, devastated, and with nothing left to lose, he decided to fight back. 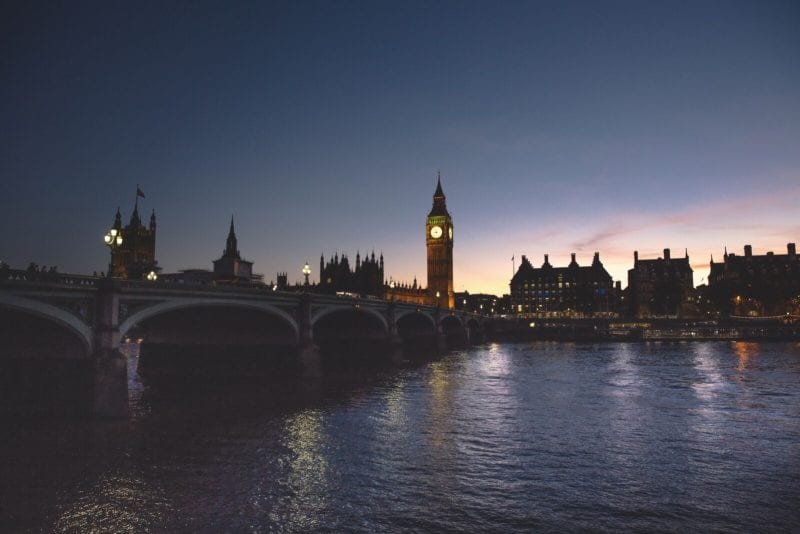 As he started to contest the decision, Tim learnt that the “lack of humanity” and  “robotic” nature of this government funding body was inadvertently hampering the same small businesses it had been set up to support.

He also discovered that as many as 40% of grant applicants could have been incorrectly deemed 'ineligible' - meaning thousands of "good people" had wasted their time on the application.

His defiance has seen £7.5 million of funding allocated to a second COVID-specific grant pot - with ineligible and initially-rejected businesses given another opportunity to apply.

A good lesson that you shouldn't always take rejection at face value.

“The government needed to remind themselves that many business owners won’t have applied for anything like this before,” Tim tells The Manc.

“This grant was completely new and unique to coronavirus. It’s unlike anything people have ever seen before, it was only open for 14 days and no business owner had the time or money to get the help of a grant writer (which is what usually happens when you apply for any government money). It's no surprise then that many business owners were totally unfamiliar with the process and a little out of their depth?

“Not only was the application several thousand words long, it also demanded a lot of complex cost calculations; many of which required guesstimation.

“At the end of six days of solid work, my costs, the final stage of the application, came out at £50,002. According to the email I got back, I was £2 over the eligibility limit.

“Also, I was sure there was absolutely nothing in the Ts & Cs to suggest I and several other companies I know, should have been rejected on this basis. So I decided to really fight back.”

Example of discrepancy in application 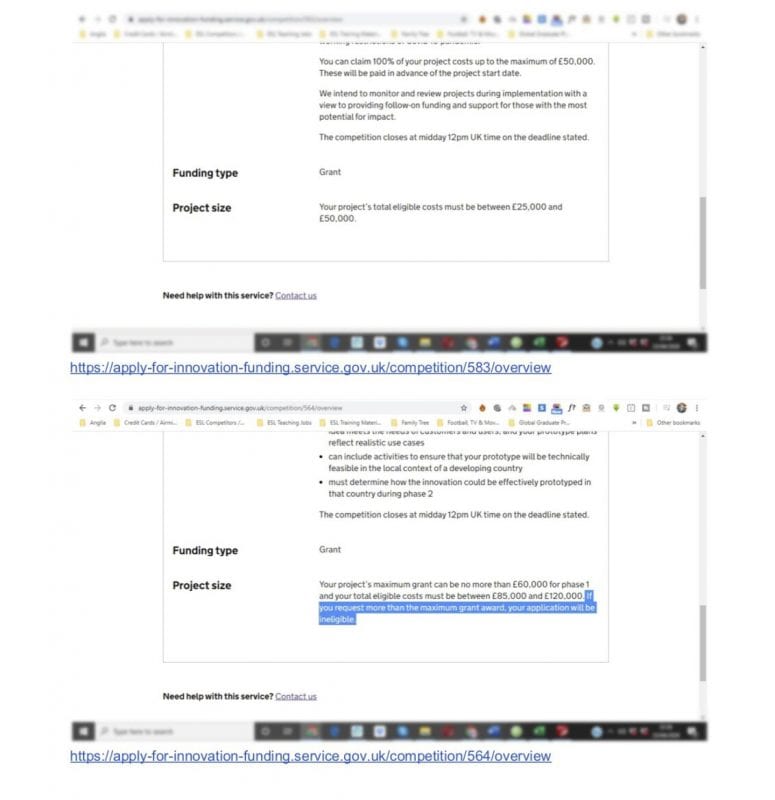 Tim subsequently went on the offensive, "put his old BBC investigative journalism hat on" and even directly contacted the Executive Chair of Innovate UK, Dr Ian Campbell, to prove his and thousands of other applications should never have been rejected in the first instance.

Initially, there was radio silence, but activity on Dr. Campbell’s Twitter account confirmed he was indeed around.

Even Tim's family told him to give up. But he kept going.

“I went through the entire grant with a fine tooth comb when I had applied but I knew I had to now pinpoint where and how errors had been made. I didn't know what errors they were, but I just knew in my gut that something wasn’t right here," he explains

“I relentlessly searched and did everything I could to try to bring a positive out of a really sad experience. Finally, after eight solid hours, I found it."

Part of the problem, according to Tim, was that the grant - although well-intentioned - had been hurriedly compiled and sloppily distributed.

Some of the language was ambiguous and misleading. Little thought had gone into the fact that many business owners (attempting to save their companies with one hand and complete the grant application with the other) were having to fill in the form in 14 days without an expert to guide them.

Tim says: “I tried to show them where they had made mistakes, namely excluding a very small but very key sentence on the COVID-19 grant webpage (which was on every other grant application page of the Innovate UK website for as far back as I could go): ‘your application will be deemed ineligible if your total project costs exceed £xxxxx.’ It just wasn't there. And even though I highlighted this fact, I was ignored, spoken to rudely on the phone and told I was wrong.

“And so I threatened to go to the Financial Ombudsman if this continued. I also emailed Dr Campbell, who didn't reply for several days. I was aware that every day that passed, meant there was less and less chance I could help to change this miscarriage of justice.

“When the Innovate UK Executive Chair finally responded in an email copying in fellow colleagues, I thought he’d finally looked into things; but all of my fact-finding was again ignored. I followed up again and explicitly outlined the many small mistakes that had led to this ‘death by a thousand cuts’ for all these supposedly ineligible companies.

"Thankfully, this time the penny dropped and they said ‘internal processes’ were being looked into.”

Now, thanks to Tim, the grant application webpage has been rewritten - with a fresh multi-million pound pot available for rejected companies.

Applications have reopened to those businesses previously considered ineligible - closing on 14 May 2020. 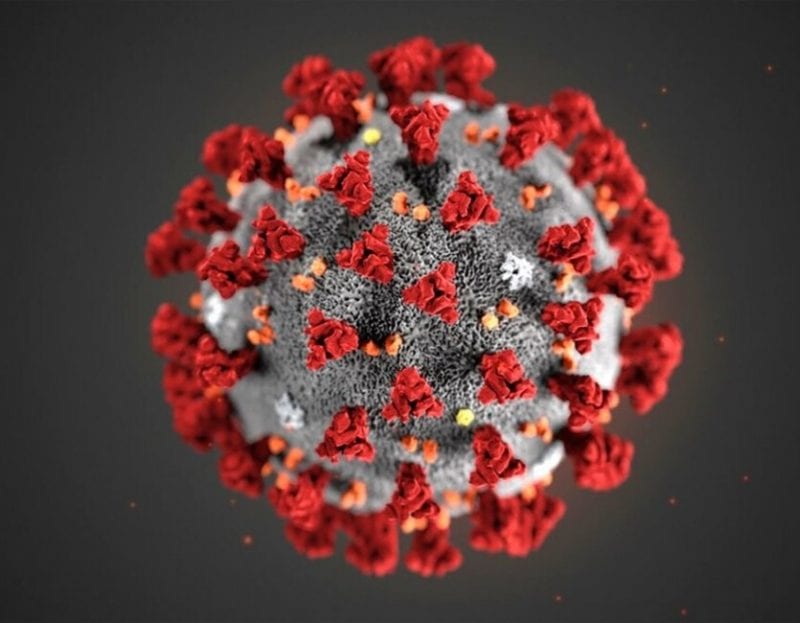 However, despite the result, Tim’s battle with the funding body has been a gruelling one - and he didn't walk away entirely unscathed.

“Not only did I spend days filling out that application and then another week contesting the rejection - days I could have been using to focus on my business - I’ve actually developed a stomach ulcer from the stress,” Tim tells us.

“I’ve been on my own in isolation for seven weeks trying to save my business, have fallen through every crack of financial support the government has offered, and the final nail in the coffin was to be treated like that. I’ve always been a consumer champion, but this felt like someone was kicking me and thousands of others when we were down.

In the COVID-19 world, Tim believes “humanity” is now more necessary than ever - especially when people with everything to lose are left to correspond with ‘faceless’ officials representing large organisations.

“It was so frustrating to have my application rejected on a technicality that they hadn’t even looked at. Common sense was nowhere to be found,” Tim says.

“The closest thing I got to an apology for the ordeal was a message saying: ‘we hope you will apply again.’ I don't think that is right. However, I'm glad that one bloke sat at his kitchen table, on his own for seven weeks, with a stomach ulcer from the stress, was able to take on the government and win a pot of £7.5 million for people.

“We should all be helping one another in this climate - and there’s never any excuse to abide injustice. I have zero legal experience but I was lucky in that I knew how to dig for detail as a journalist. Others would have just been destroyed by that news and wouldn't have known how or what to do to make things right. And whilst they'll never know I did this, I did it for them because we all need someone to look out for us now and again.

“This wasn't about me though, it was about helping to save a few hundred UK businesses and hopefully, save some lives too. One of my main motivations in challenging them was because I knew how much good my proposal could do and I am sure there were many better than mine!

"Believe me, I know just how hard it is to survive at the moment and how dark life can get. I really hope this will help some people who really need and deserve it. I know I probably won't be successful in my grant application after all this, but life is about much more than money, or in my case, £2!”

Perhaps flawless customer support is a lot to expect during a time when organisations are desperate, overstretched and low on resources. But that doesn’t mean questions or complaints should fall on deaf ears.

Tim’s case proves that people are always entitled to a human response and should never give up on getting one. Even in a world without handshakes.