From the markets to their own bar in just three years, Salford Rum is on the rise. 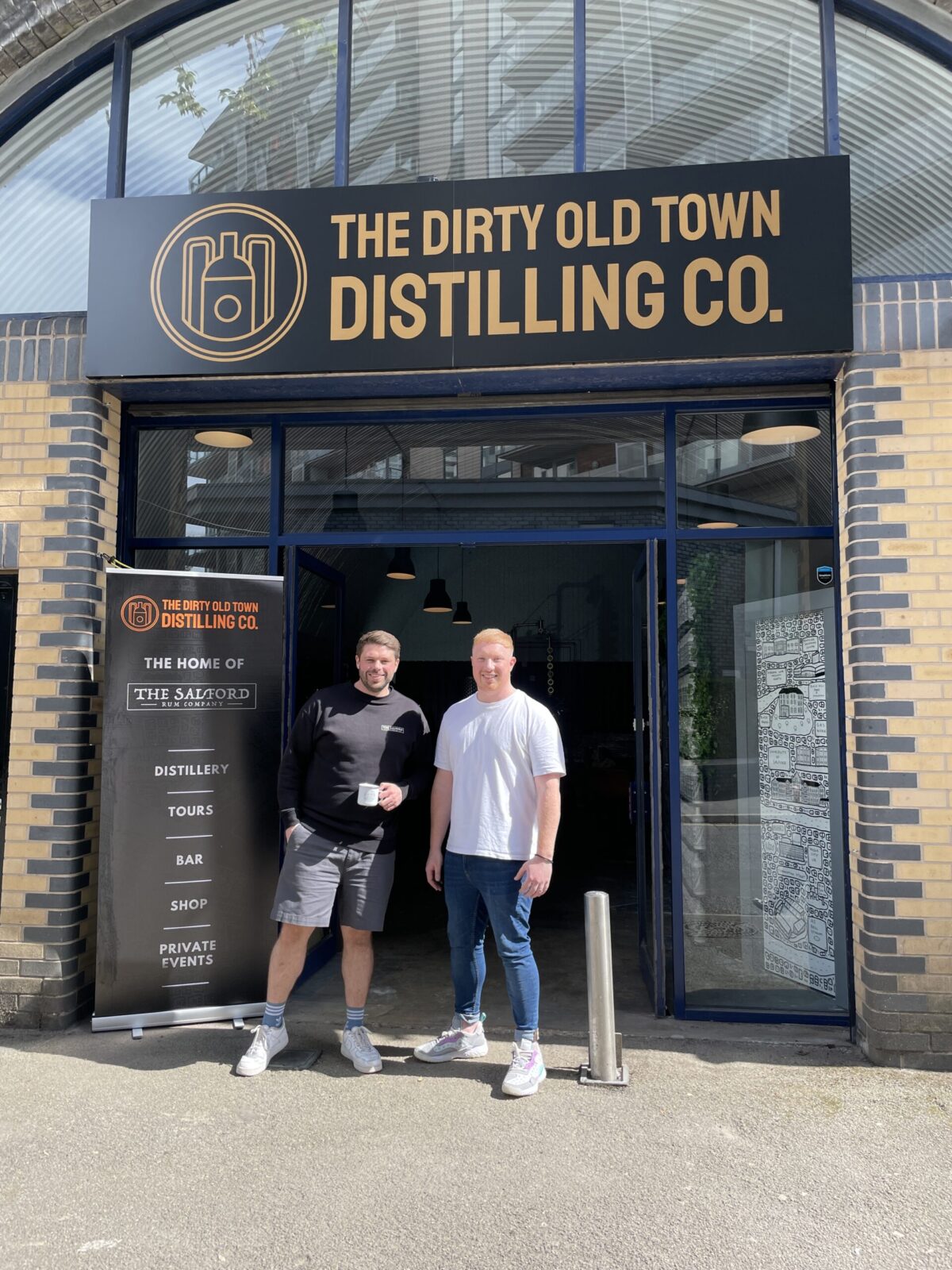 This week the Salford Rum Company has opened its very first distillery, bar and rum school just off Chapel Street in Salford.

Aptly named The Dirty Old Town Distillery after The Pogues hit track from their 1985 album Rum Sodomy & the Lash, it’s located in an appropriately industrial setting – a former railway arch on Viaduct Street.

Inside, a bar and seating area put the focus on the rum that started it all – serving a range of simple (but delicious) rum cocktails and spirit mixers, alongside regularly changing beers from local breweries like Shindigger.

The brand’s iconic bottles, covered in hand-drawn historic maps of industrial Salford by local artist Dave Draws, line shelves behind the bar and on the walls as you enter, with a magnificent column still in pride of place on a stage at the back of the bar.

The walls are covered in more hand-drawn artwork from Dave Draws, this time depicting Salford in 2022 – with landmarks like Peel Park, Salford Cinema, the Ship Canal and Salford Lad’s Club all proudly nodding towards the area’s local history.

Here, for the first time since the brand launched in 2018, locals have a place to sit down and enjoy the sweet spirit – be that on its own, as a sipping rum, or in simple but elegant mixers like rum and coke ice cream floats, or a classic rum and ginger beer, elevated by the addition of clementine puree and fresh ginger.

It’s a big step up for the brand, which has come a long way from its early days on the Manchester Maker’s markets.

The pair learned about premium rum making on top of their day jobs, and with a small self-funded start up investment of just £8,000, created their first premium golden spiced spirit as a passionate celebration of the history, heritage and people of the Salford Docks

Inspired by an era whereby the city’s Salford Docks grew to be the third-largest port in the UK, Salford Rum takes its flavour inspiration from the rums, fruits and spices from the Caribbean which were landing on British shores for the first time in that bygone time

Today, inside the brand new distillery and bar, the pair plan to innovate and experiment with new expressions to complement their core range – as well as host rum school experiences where guests can enjoy guided tastings and experiment with making their own rums too.

Speaking on the new opening Tommy Gaughan, one half of the duo responsible for launching Salford Rum, said: “The support we’ve had locally for Salford Rum is nothing short of incredible. When looking for somewhere to take the brand to the next level, it was always going to be in Salford, and always going to be a place whereby our supporters can come and feel like they’re part of the Salford family.”

Salford Rum co-founder James Harrison added: “It’s been quite a ride and our first step into hospitality feels surreal. It’s time for us to grow in Greater Manchester’s vibrant drinks scene and for the brand to have somewhere to develop and – of course – serve awesome drinks.

Read more: A live show devoted to reviewing crisps is coming to Manchester

“We’re grounded in Salford and are wholly dedicated to bringing to life what the city has to offer – be it local talent, drinks and team members.

“We trialled a lot of offering over Christmas and have some brilliant ideas in the pipeline to truly bring to life how special Salford’s place on the Greater Manchester map is. The city has so much to offer, and where we can we’ll be championing it