"This Christmas I desperately want to reach from the streets into people's homes, where individuals may be alone or struggling to bring us all together this Christmas time." 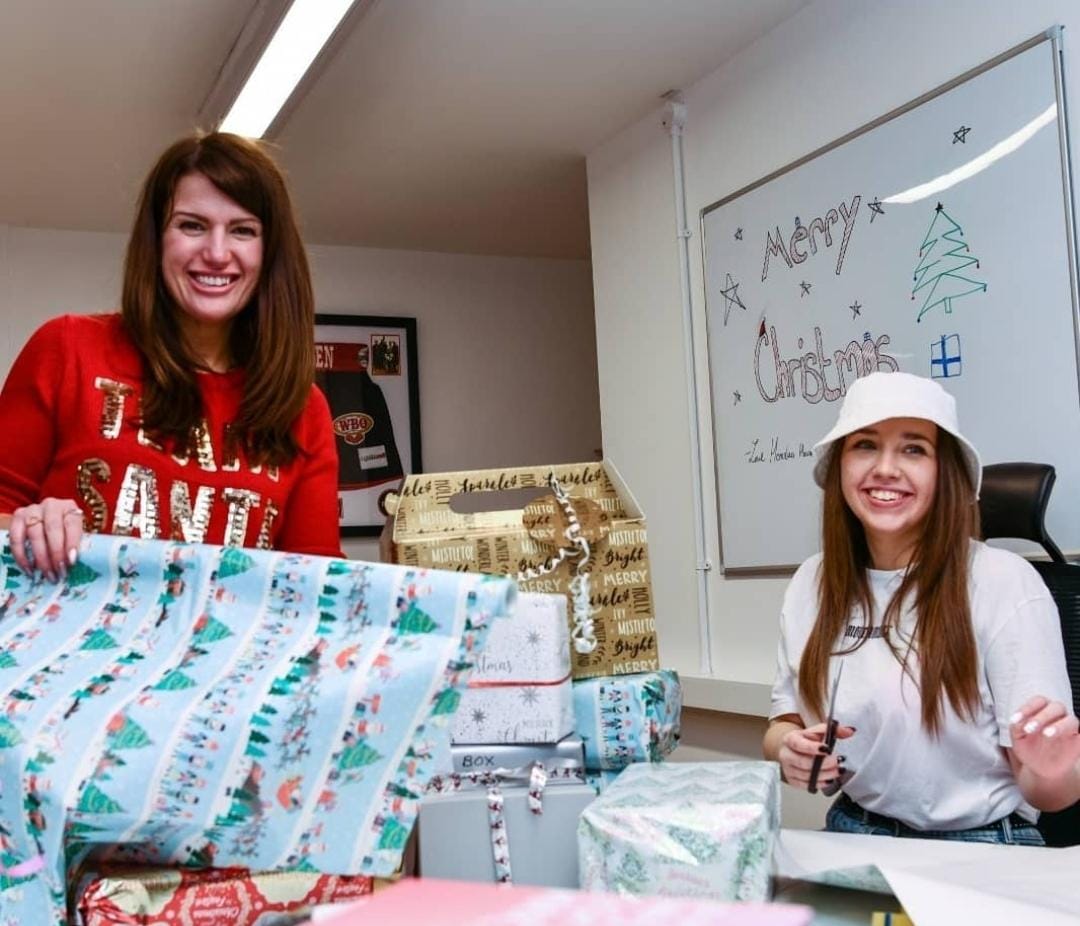 A woman from Manchester is hosting a free Christmas dinner this December to help people who are struggling to eat and heat their homes.

She’ll be paying for all the food herself, and says that anyone is welcome – be they struggling to feed their kids, heat their houses, dealing with insobriety, loneliness, or homelessness.

Typically she spends Christmas Day out on the streets handing out food to people sleeping rough but said this year she wanted to do something even bigger to make the most impact for those who need help most.

Since then, she’s worked tirelessly to better the lives of those less fortunate – and says that she fears this year people will be in more need than ever due to the rising cost of living.

Every day she’s out on the streets handing out breakfast to Manchester’s homeless, including on Christmas Day.

But last year, out of a desire to help even more people, she also organised for a Christmas dinner to be cooked and served to the some of the city’s most marginalised and vulnerable at The Arc, a charitable organisation based in Manchester on Robert Street on the same road as her offices.

This Christmas she is gearing up to do it again, buying all the food herself so that people who can’t afford a meal this year for their kids “because times are so tough”, or those that are sat at home on their own, can come and enjoy a hot meal and some festive cheer.

There will be carol singing, hot breakfast and dinner, free haircuts, and even an appearance from Santa.

Antonia says that Sainsbury’s has been in touch to offer donations of table dressings and more to make the space feel really festive, and she’s also had further support from The Arc, Delphi Medical, Acorn, CGL & Emerging Futures. .

She told The Manc: “I’m not going to have a booking system, it’s just a case of if you’re struggling to heat or eat please turn up.

“The street people will be there and those who are in rehab, those who might be going through insobriety, that are sat at home on their own on Christmas Day, anybody is welcome.”

“We’re going to do breakfast in the morning at eleven and those who want to stay for dinner, we’ve got some singers.

Explaining how she has been taken aback by the kind offers of help she’s received so far, she continued: “Manchester Theatre contacted me this week and said they’ll send, they’ve heard sorry by Business Growth in Manchester that’s what we’re doing and they want to send down the kids to sing some carols.

“Sainsbury’s has been in touch and the staff want to donate anything we might need, table cloths, that sort of thing, yeah so it’s coming together to think that happened over the space of three days this week.”

Read more: Morrisons and Heinz launch ‘ask for Henry’ initiative so you can discreetly ask for free meals

However, whilst she’s doing everything she can to pull the dinner together there are a few things that she needs help with – and is hoping that someone in the local community will come forward to lend a hand to help bring this year’s Christmas dinner to life.

As she only has one tiny domestic oven and is planning to cook dinner for at least 70 people, she tells us that she’s looking for someone to provide a kitchen, some staff to help cook the meals, and someone to assist her with the delivery of meals to The Arc.

She added: “The support over the last two years from the community and our local businesses has been nothing short of incredible, which has allowed us to help thousands of people.

“This Christmas I desperately want to reach from the streets into people’s homes, where individuals may be alone or struggling to bring us all together this Christmas time.”