The scheme hopes to help anyone in need, no matter their age and with "no questions asked". 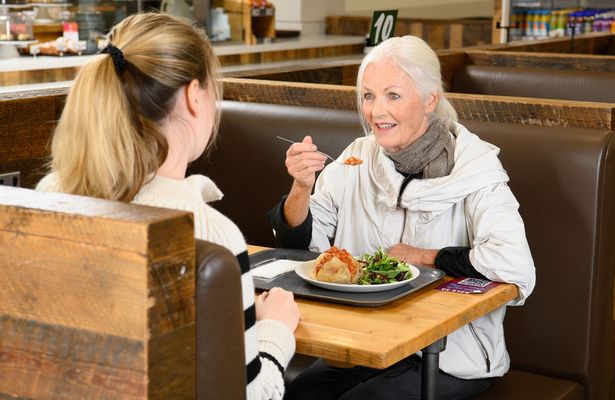 Morrisons has launched a new initiative at hundreds of its cafes across the UK, and it’s encouraging people to discreetly ‘ask for Henry’.

With the cost of living crisis continuing to make its impact felt nationwide, and inflation now at a 40-year record high of 10.1%, one of the UK’s largest supermarket retailers has teamed up with food processing company Heinz to launch a new scheme that’s aimed at helping those struggling with their finances to get themselves a free hot meal.

Morrisons’ and Heinz’s ‘Ask For Henry’ initiative – which is running until 6 November – is said to be inspired by the work of Henry J. Heinz, who is the founder of Heinz and a well-known philanthropist.

The scheme hopes to help anyone in need, no matter their age – and all with “no questions asked”.

Over 160,000 to meals will be served at Morrisons cafes across the UK through the scheme.

When you ask for ‘Henry’ at one of the 400 Morrisons cafes participating in the initiative up and down the country, you’ll be given a free jacket potato topped with Heinz baked beans and a salad on the side.

“We know that our customers are under real financial pressure at the moment and are therefore pleased to be partnering with Heinz on its ‘ask for Henry’ initiative to offer customers a free jacket potato topped with Beanz,” explained Sian Whittle – Category Director of Morrisons Cafés.

“If you need a free, warming meal, simply ‘ask for Henry’ at your nearest Morrisons cafe, and you will be given a free Heinz Beanz and jacket potato with salad.”

Heinz says while it knows the initiative “won’t fix the problem”, it hopes it can “be of some help at this difficult time for many.”

Jojo De Noronha – President Northern Europe at Heinz – added: “We want to honour [Henry J. Heinz’s] good heart and kind spirit by doing what he did best, helping feed people in times of need, and that’s why we’re launching ‘ask for Henry’ with our partner Morrisons.

“We believe everyone deserves the goodness, comfort and warmth a can of Heinz Beanz can bring.

“Whilst we know it doesn’t fix the problem, we hope our ‘ask for Henry’ initiative can be of some help at this difficult time for many.”