We went down to Manchester's hidden late-night jazz bar for a sneak peek ahead of its opening this week. 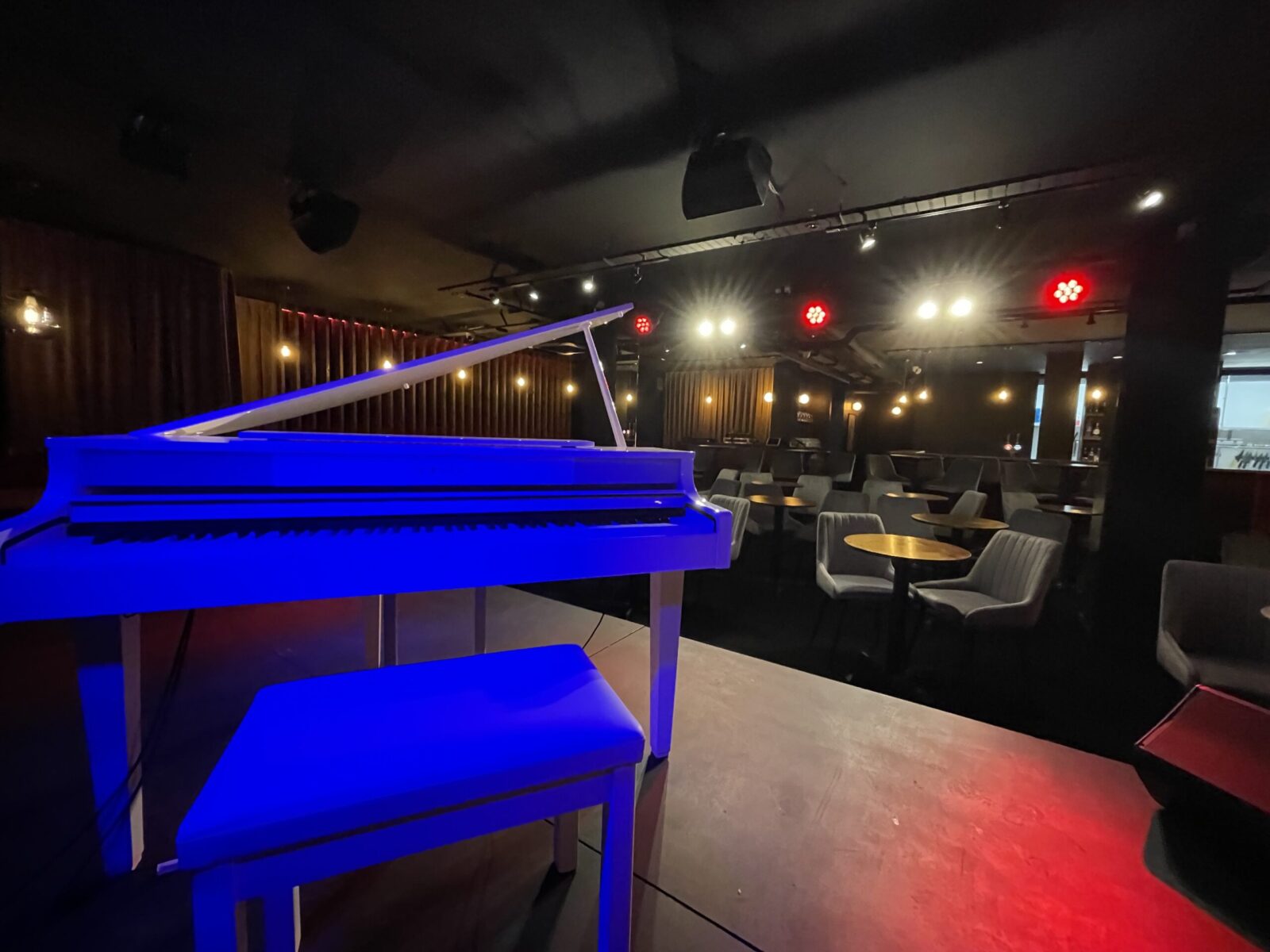 Hidden down a little cut-through at the side of one of Manchester’s historic chop houses is Sonata, a brand new late-night piano and jazz bar.

Just off the main cut-and-thrust of the busy Cross Street, if you slip down the alleyway next to Mr Thomas’s you’ll come across a lit doorway concealing the newest addition to Manchester’s late-night party scene.

Set to take the city by storm, it will open until 1am through the week and 2am on the weekends.

The new cabaret bar has been brought to life by Dale Bassett – a former theatrical and musical entertainer who used to perform on the London scene – and is set to open in the city this week, with a glitzy launch party planned for Thursday 30 June.

Ahead of that, we were lucky enough to pop down for a sneak peek at the new bar – and we left feeling pretty impressed.

The new music-led venue draws inspiration from the cabaret scenes of the capital, as well as those in New York and Berlin. Tightly packed seating fans out in front of the bar’s main stage, with an eye-catching, spot-lit white grand Yamaha piano at its center.

Whilst the tables here are pretty close together to maximise space, there’s no need to worry about squeezing out to get to the bar – as Sonata’s staff will come to you to take your food and drink orders.

Open seven nights a week with a late license, drinks will be served here into the early hours. We have it on good authority that a good martini will be a staple on the bar’s cocktail menu. whilst food-wise there will be a selection of tempting cheese and charcuterie to nibble on.

As for the music itself, the bar’s soundtrack will play host to a mix of genres from pop standards to Broadway ballads, jazz classics to quirky cabaret, as it showcases singers, pianists and cabaret artists from across the UK and beyond.

Read more: Red Hot Chilli Peppers at Emirates Old Trafford – support act, setlist, stage times and how to get there

Husband and wife duo The Retrosettes will host a regular residency, .and Olivier Award-winning composer Richard Thomas and comedian and singer Sooz Kempner will bring their original show ‘Wrong Songs’ to Sonata in July.

The venue will also present featured shows like ‘Voices & Lyrics’, a celebration of lesser-known musical theatre, and ‘Le Chat Noir’, a classical cabaret evoking Piaf, Dietrich and Brel, with timeless songs by the likes of Weill, Schoenberg and Debussy.

A regular open mic cabaret night, with accompaniment from a house pianist, will encourage budding singers to take to the stage, and Sonata will also showcase some of Manchester’s most exciting up and coming talent, including jazz fusion trio Outlier, singer-songwriters Adelaide Taylor and Daf Hughes, and BBC Introducingfeatured artist Rosita.

“I am thrilled and privileged to be able to host such a wonderful selection of acts. Whether you want to see some of the world’s finest cabaret artists, the nation’s best pianists or the city’s most exciting new singer-songwriters, you will find it all at Sonata.

“I can’t wait to welcome these fantastic performers to our stage – and guests through our doors to experience their talent!”