By the mid-point of the decade, the region was a bubbling pot teetered on a gas burner; a scorching, bewildered swirl of different ingredients thrashing around against one another.

But then ecstasy came along, and it was like someone simply turned the heat off.

Temperatures cooled, waters soothed, and the contents relaxed; rising to the top together whilst softly entwining.

A new BBC podcast, part-written by Danny Brocklehurst, is about that moment the cooker dial twisted down, and the music cranked up.

The project sees Danny – the Hyde-born writer of The Stranger, Brassic and Safe (along with credits for Clocking Off and Shameless) – teaming up with Chris Warburton from BBC 5 Live to examine how multicoloured capsules set a momentous cultural shift into motion.

Staring down the camera lens during his Zoom call with The Manc, Danny begins throwing fingers up in front of the monitor as he recounts the ways in which ecstasy remoulded the country.

“This was the biggest and most radical cultural youth movement in this country since the sixties… possibly ever.”

But Ecstasy: The Battle Of Rave isn’t, as Danny reaffirms, an ode to “saucer-eyed, hands-in-the-air sweaty club nights”.

It’s a story about what this drug gave to Britain. And what it took away.

Ecstasy: The Battle Of Rave is built up of six documentary episodes featuring marquee names of the era; including Shaun Ryder and Graeme Park.

But tucked between each of these eps are five ‘Secret Voices of Ecstasy’; a quintet of fictional characters built from research and real interviews.

According to Danny, this allowed him to retell the kind of stories that are rarely recited on the record, be it for fear of exposure, revenge or even incarceration.

A stellar UK cast steps in to fill the shoes of a raver (Meera Syal), a dealer (Ian Hart), an undercover cop (David Morrissey), a DJ (Monica Dolan), and an opportunistic party-organising entrepreneur (Adrian Edmondson) – who got rich by arriving on the crest of a wave.

“I think what the drama does is hopefully gets you inside peoples’ heads,” Danny reveals.

“[This lets us] tell their story very honestly, very emotionally, very truthfully in a way that you wouldn’t necessarily always get from someone who’s on the record in a documentary.”

Intriguingly, Ecstasy: The Battle Of Rave follows the same arc of the drug which bears its name.

It reaches up to revel in the unparalleled highs – a glittering world of dilated pupils, flashing lights and giddy bliss – before diving back down to Earth to showcase the devastating, almost subterranean lows that came afterwards.

“We’re trying to be honest about the range of experiences that people had at that time,” Danny explains.

“If there’s a pattern to the story of ecstasy and acid house, it mirrors the drug.

“You’ve got the initial euphoria – which most people you speak to involved in this scene experienced – then you’ve got the levelling out where it’s becoming the norm.

“Then, you’ve got the comedown.

“The good times were so good and [people] felt alive. It was very vibrant. But that’s not to say this didn’t come at a cost.”

As the podcast ascertains, ecstasy undeniably altered music, values and even society.

But it didn’t do it all alone. It had a companion. A partner in crime.

“In the eighties, MDMA found its moment,” Danny states.

“The collision [with acid house] created this amazing cocktail… and to add to that there’s this youth culture in Britain that feels like it needs that escape.

“Ecstasy responds more to the situation you’re in. That’s why people take it at festivals.

“If you took ecstasy and got on a bus, for example, it probably wouldn’t quite have the same effect!”

According to DJ Graeme Park, ecstasy and acid house were the perfect match because the pills would raise your heartbeat to 120bpm… which happened to be exactly the same speed as the tempo of many tracks.

For the first time, people felt completely in tune with the music around them.

Most parts of Britain had a home for ecstasy and acid house. But in Manchester in particular, the pair were welcomed into the city by thousands of open arms.

The nerve centre for rave here was, of course, The Hacienda – the black-and-yellow hedonistic hive that would spawn the ‘Madchester’ scene.

But the podcast makes another big revelation in that the first rumblings of the movement actually started at Stuffed Olives – a little nightclub smuggled away down South King Street off Deansgate.

If FAC51 was the place that ecstasy and acid house realised they were destined to be soulmates, Stuff Olives was where they first clapped eyes on one another.

Shaun Ryder describes the movement as taking Manchester from ‘black and white’ to ‘teknicolour’.

People of all races were coming together. Different classes were mixing. Football hooligans from rival firms were hugging on dancefloors.

“It [ecstasy] had a real capacity to heal and make us love one another,” Danny chuckles.

“Whether you think that’s naive or not; that was the feeling.

“A lot of what happened at that time came out of what people were experiencing; Thatcherism, unemployment, no palpable future that appealed to them.

“This movement, this freedom, this drug, this music offered them something that was a bit like a ‘screw you’ to the system.

“The system hated that – because they couldn’t control it.”

But, of course, what goes up, must come down.

During the nineties, ecstasy wore out its welcome as greed took over.

The drug was increasingly cut with dangerous substances so dealers could enjoy a bigger slice of the pie, and police were increasingly raiding parties to take down the culprits.

Raving undoubtedly has an ugly side. It’s one we’ve seen as recently as this year; as crowds have flocked to makeshift illegal gatherings during a pandemic.

As police continue to tackle parties that put the wider public at risk, it’s an interesting time for a podcast about raving to be released. But Danny says the current climate had no real influence on the final edit.

“We’ve been writing this for a long time,” he informs us.

“We couldn’t have anticipated we’d be living through a pandemic… or that young people’s primal need to get together would result in a resurgence in illegal raves.

“At a time when people are supposed to be social distancing; that’s a very interesting contradiction.

“Obviously, COVID is a very different scenario [to the 80s/90s] because it’s [about] people responding to being trapped in their homes.”

Promoters are making all kinds of attempts to throw safe raves in the new world, with some more successful than others.

But for the most part, the nightlife scene in Manchester currently remains under lock and key.

Nonetheless, Danny believes the shutdown could potentially result in a new wave of nightlife that may bring a resurgence to the city.

“There was a period in the early nineties where Manchester was the centre of the universe for a little bit,” he reflects.

“It felt like a very vibrant, lively, amazing place to be living and working.

“Obviously that doesn’t last. The Hacienda has gone now and lots of the big famous clubs have gone.

“But it’s still a very lively place and it’s got that ability to be a great city for people going out.

“But everything’s under a shadow of COVID right now.

“It could go one of two ways. Some places will wither and die. Or the scene will come back with a bang because people will be so desperate to come together and live and be with other people.

Danny pauses and thinks about it for a second or two.

“It could have a really positive effect, ultimately.”

You can listen to Ecstasy: The Battle Of Rave on BBC Sounds now.

A new series of Brassic is also in the works – with Danny working on plans for a third and fourth installment of the Sky comedy-drama.

There’s also discussions taking place to create a new show with Harlan Coben; whom Danny collaborated with on Safe and The Stranger. 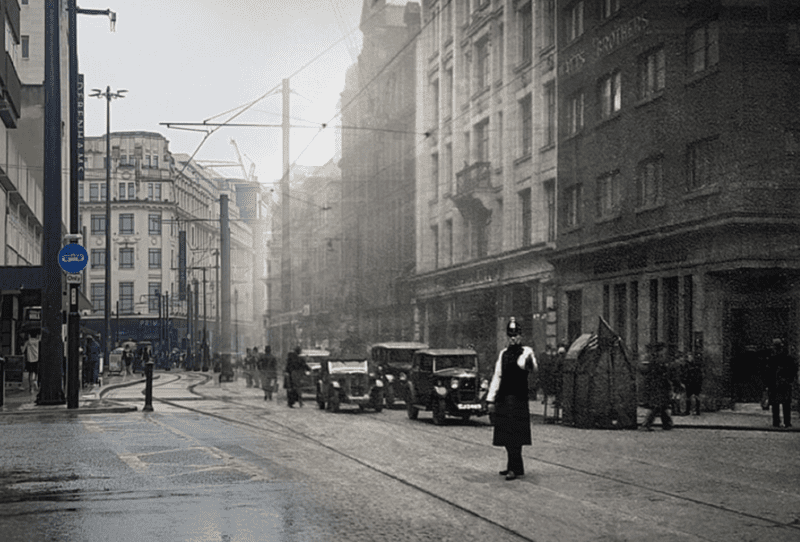 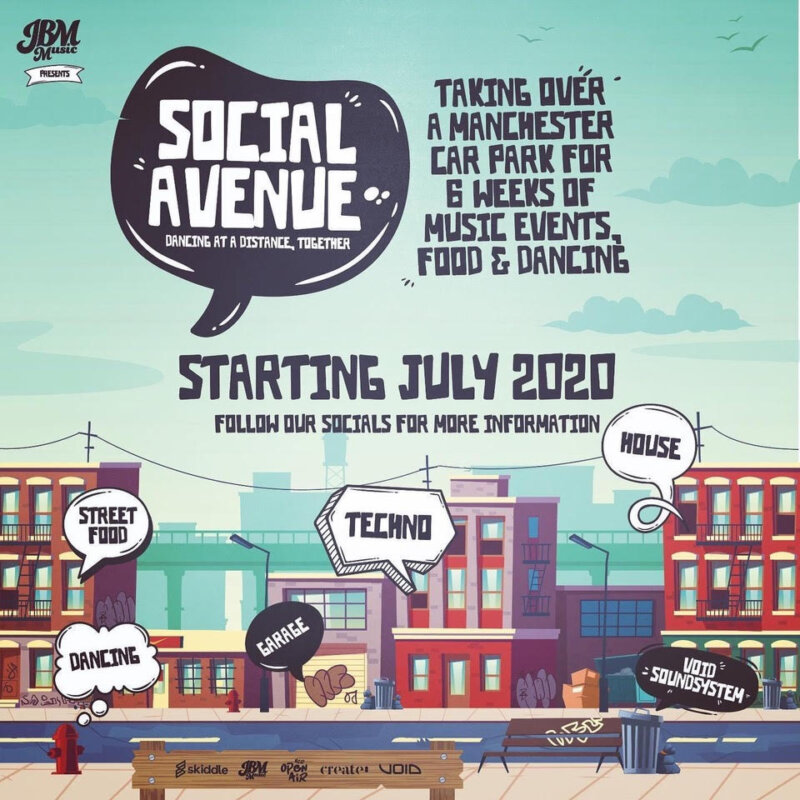 There’s a ‘Dance at a Distance’ music series taking place at Trafford Park with tunes, booze and food

Organised by Social Avenue, the popup events are offering Mancs the chance to get back involved in the party scene they've missed during summer - with the likes of Darius Syrossian, Moxy Muzik, Haus22, OC & Verde all appearing on a selection of star-studded bills.
byThe Manc 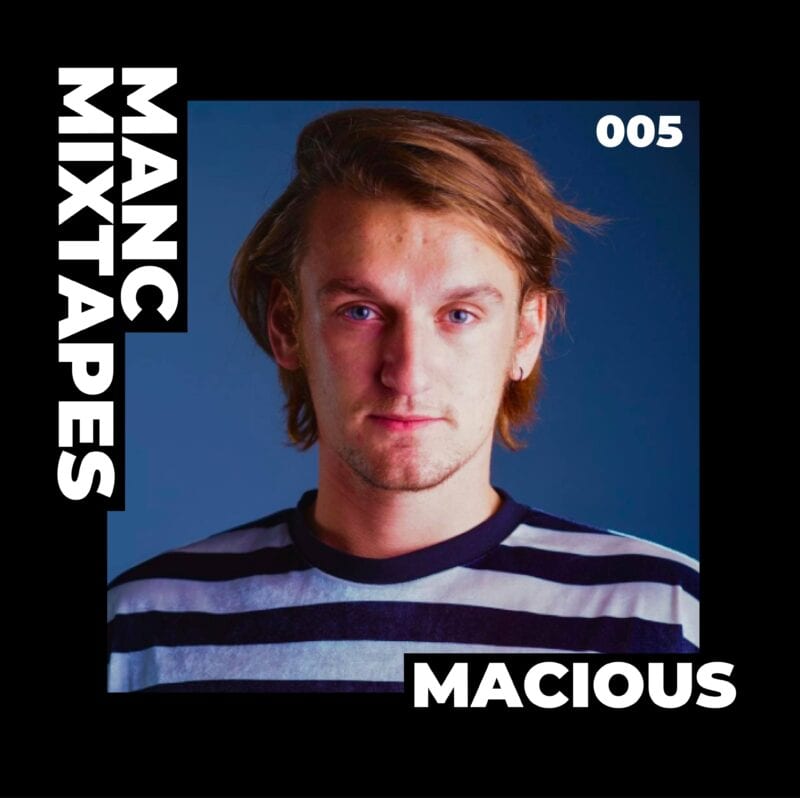 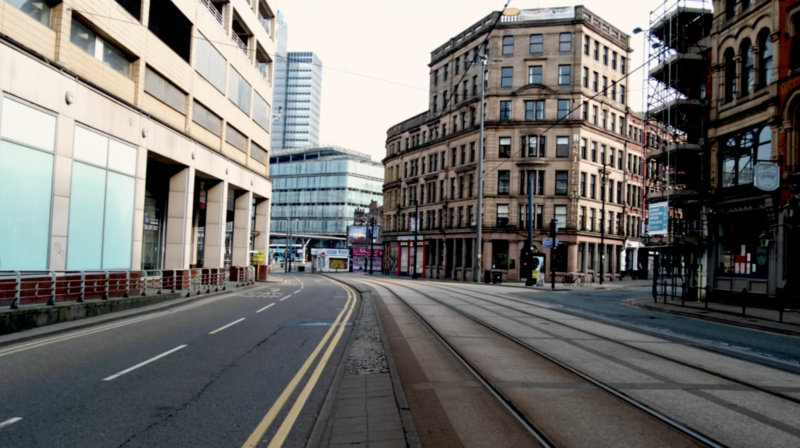