Feline fans are hoping to raise £5,000 to support the much-loved venue in its future endeavours. 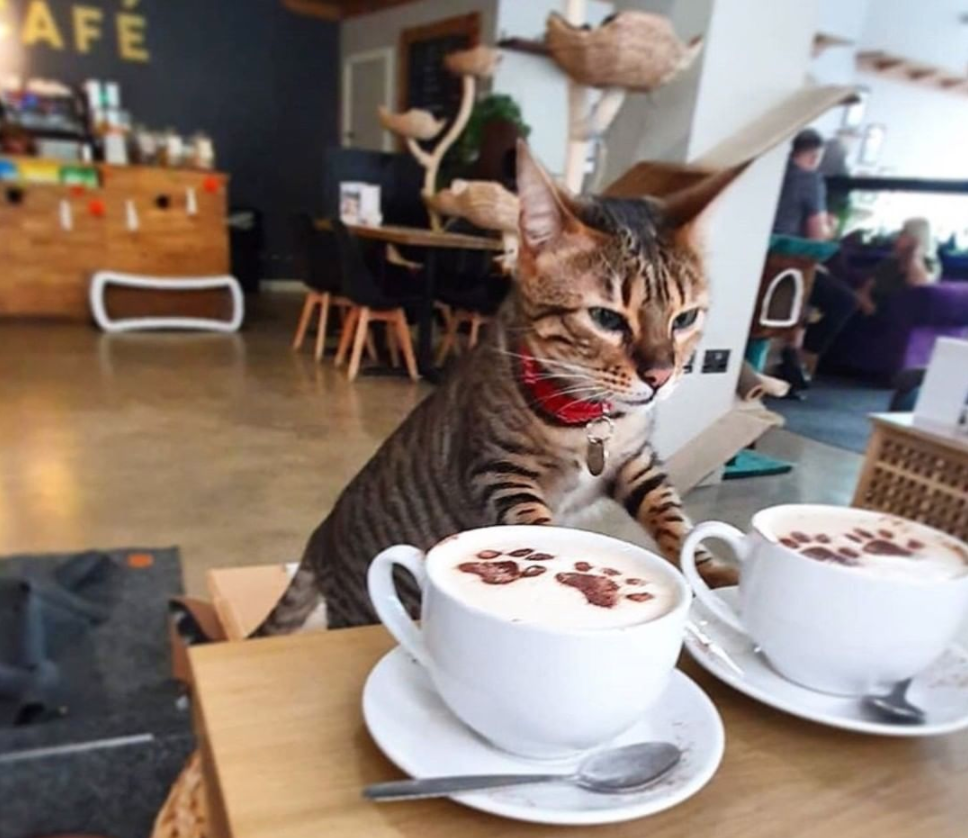 It was sadly announced earlier this week that Cat Cafe Manchester was to permanently close the doors of its Northern Quarter premises “due to COVID-19”.

The chain’s Manchester branch became the latest business to close in the wake of the ongoing pandemic.

“It has been an incredibly difficult decision to make, [though] as it stands we simply cannot afford to continue in our current unit [but] we hope to relaunch in a new premises once the pandemic is over, so please continue to bear with us through this very difficult time.”

The cafe was founded by sisters Ellie and Sarah Close in 2016, with a mission to “give you a new perspective” and “encourage the people of Britain’s greatest cities to be more cat”.

Before its closure, visitors paid to enter the cafe and spend time with its feline residents – who lounge around on a plethora of cushions and cat climbing frames – and was also popular with passers-by too, who could often be seen cat-watching through the floor to ceiling windows.

And it’s those very feline fans who have set up a fundraising page in the hopes of raising £5,000 to support the much-loved venue in its future endeavours.

“I know that money is tight at the moment with many people furloughed or out of work but anything that people can spare would help so much.” Lindsay explained.

“Many people will say “well it’s just a cafe why should we donate?”,

“[But] it’s not just a cafe with cats, they staff offer various film nights and times for autistic people to visit, as well as quiz evenings and other fun things.”

Lindsay continued: “For me, the closure of this happy place is upsetting as I am an autistic adult who is also disabled [and] this was my place to relax and be happy after a stressful day at work.

“I don’t know where I will go if this place closes as I need routine to keep me grounded.

“This place means the world to me and many others.”

“We had a lot of people with autism that used to come with carers and all sorts of things we used to do.” Owner Sarah Close explained to the MEN.

“One of the reasons we set the cafe up was because we think that cats can help with people’s mental health.”

Ellie and Sarah said they are “truly heartbroken” to say goodbye to the venue, but hope to reopen in a new unit once COVID-19 restrictions are relaxed, with Ellie adding: “It is really sweet that customers are fundraising to help save the cafe.

“We didn’t expect it at all.

“It’s such a difficult time financially for everybody, so it’s lovely to see people really want a cat cafe to stay in Manchester [and] as you can see from the responses, we have become a really loved venue in Manchester over the last four years.

“Any money that is raised is incredibly appreciated by myself and Sarah.

“It will help us be able to relaunch in a new unit once the pandemic is over, along with hopefully providing job security for our wonderful staff.”

You can donate to Cat Cafe Manchester fundraiser via the GoFundMe page here.