A new foodhall with mini Dutch pancakes, artisan pizza, and more is opening in Sale next week

Sale Foodhall is a large and colourful unit that has plenty of space for rotating indie food vendors. 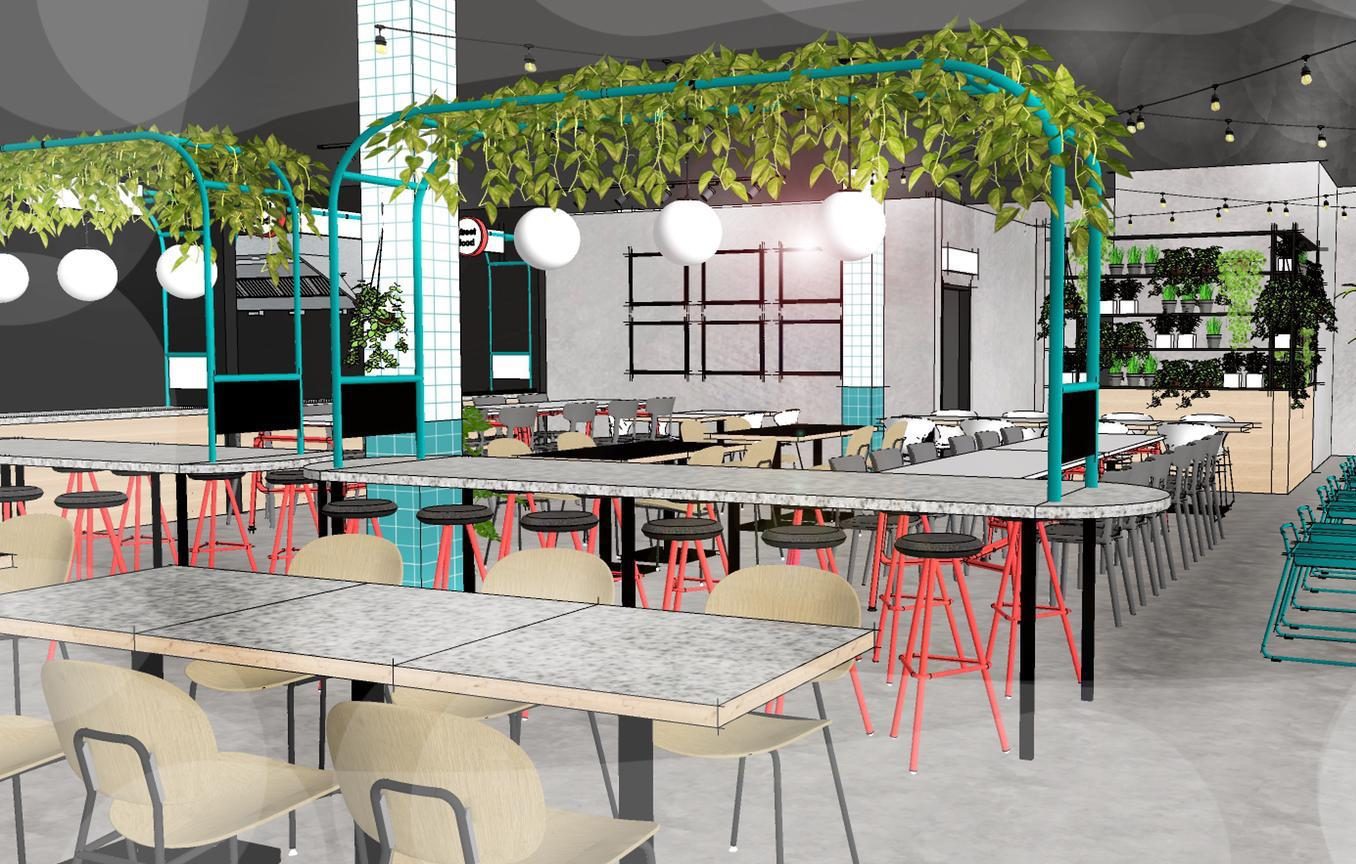 A new foodhall and community space is opening up in the heart of Sale town centre next week, and it’s just in time for Christmas.

Store Retail Group – the team behind the popular General Stores and foodhall concepts across the region – has announced that the Trafford suburb of Sale is the next place to welcome a brand-new foodhall to its town centre, and it’s opening next week ready for the busy festive season.

Sale Foodhall in Stanley Square will open to the public on Thursday 18 November, with an exciting line-up of food traders, community space, and new retail offering.

If you’re unfamiliar with the foodhall concept, it has already proved hugely-popular in Stretford and is now being rolled out in neighbouring Greater Manchester suburb with a large and colourful unit that has plenty of space for rotating indie food vendors, plus the much-loved artisan pizza experts Basillico, and proper tasty burger-slingers at What’s Your Beef set to join the lineup as permanent residents.

The first temporary trader to join the foodhall family at the new venue will be Eat Dutch, which is set to bring its authentic mini Dutch pancakes to Sale throughout November and December.

The new Sale Foodhall boasts a 150-cover dining and drinking space, plus an outdoor terrace, and it has replaced the ‘Groceries and Beer’ unit, which has been operated by the Store Group for the last two years, but has now relocated around the corner to the Stanley Square Shopping Mall in a huge 5,500 sq ft food, drink, and retail destination.

The flexible spaces will provide a variety of uses for the local community, from pop-up retail spaces, to informal classes.

“We’re looking forward to becoming an even bigger part of the community here in Sale [as] it’s been a brilliant home to us over the last two years, and we can’t wait to open the doors to a much bigger space,” explains Mital Morar – Founder of Store Retail Group.

“This is a chance for us to evolve into that proper community hub that we always strive to create – from baby groups to beer tastings, everyone is welcome.

“Our local neighbourhood is everything, and at the centre of will always be quality independent food and drink as well as convenience.”

The grocery store within the new venue will offer the same great innovative neighbourhood retail concept that Store Retail Group has become known for, and as well as championing local makers from food and drink, to homeware, the shop will be a destination for artisan alcohol, local fresh baked goods, and zero-waste household essential refill stations too.

Sale Foodhall follows the launch of the Store Group’s two new General Store launches at Deansgate Square and in MediaCityUK earlier this year.

On top of that, there are also plans in the pipeline for another new General Store at Manchester’s new garden neighbourhood KAMPUS in the city centre, plus a new Foodhall in Northwich has already been announced, with more exciting plans to come.