It's the first time in the Metrolink's 30-year history that dogs will be allowed on the trams. 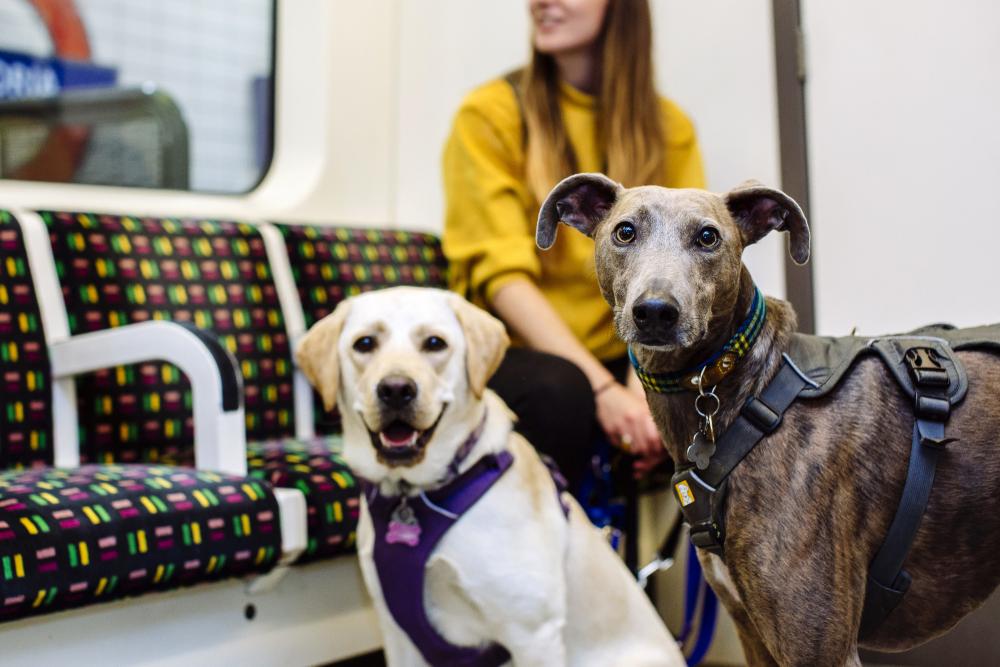 Pet dogs will be allowed on Metrolink for the first time ever as part of a three-month pilot that’s launching next month.

It’s long been a talking point of Manchester dog owners and it was even teased to be happening earlier this year, but now finally, in less than two weeks time, a new scheme – which was a manifesto pledge made by Mayor of Greater Manchester Andy Burnham – will be delivered by Transport for Greater Manchester (TfGM) and operator Keolis Amey Metrolink (KAM) to finally let our four-legged friends travel on the tram with us.

It’s the first time in the Metrolink’s 30-year history that dogs will be allowed on the trams.

From Monday 1 August, all non-assistance dogs will officially be allowed to travel on the network for free – but they will need to be kept of leads, and TfGM says dog owners using the tram will need to follow new rules on safety, cleanliness, and the consideration of others.

To help decide if the scheme should be extended or made permanent, all Metrolink passengers – including those without dogs – are being urged to share their views and experiences during the pilot.

“We want the Bee Network to work for everybody and for public transport to be as accessible as possible,” Mayor Andy Burnham said ahead of the pilot.

“Running a pilot scheme allowing non-assistance dogs on Metrolink was one of the pledges I made when I was re-elected as mayor, and I want to thank TfGM and KAM for working together to make this a reality.

Read more: Metrolink to run pilot letting dogs on trams for the first time since 1992

“I would now urge everyone who uses Metrolink during this period, including dog owners and those without dogs, to take part in the survey to provide us with the valuable insight we need to inform whether or not we make this permanent.”

TfGM says that throughout the pilot period, passengers bringing their dogs onto trams will be expected to adhere to new guidance.

A survey for all Metrolink users to have their say will be made available on the TfGM website when the scheme launches.

A decision on whether dogs will be allowed on trams on a permanent basis will depend on feedback.

Read more: Why can’t my dog travel on the Metrolink?

Ahead of the scheme launching in a couple of weeks, Danny Vaughan – Head of Metrolink at TfGM – said: “A scheme allowing non-assistance dogs on Metrolink was a manifesto commitment made by the mayor and over the past few months, we have worked with KAM to make this happen.

“While passengers with dogs will be very welcome on Metrolink, please respect other passengers and our staff by keeping your dog under control.”

You can find out more about the pilot on the Metrolink website here.