It's now Rishi vs Penny. 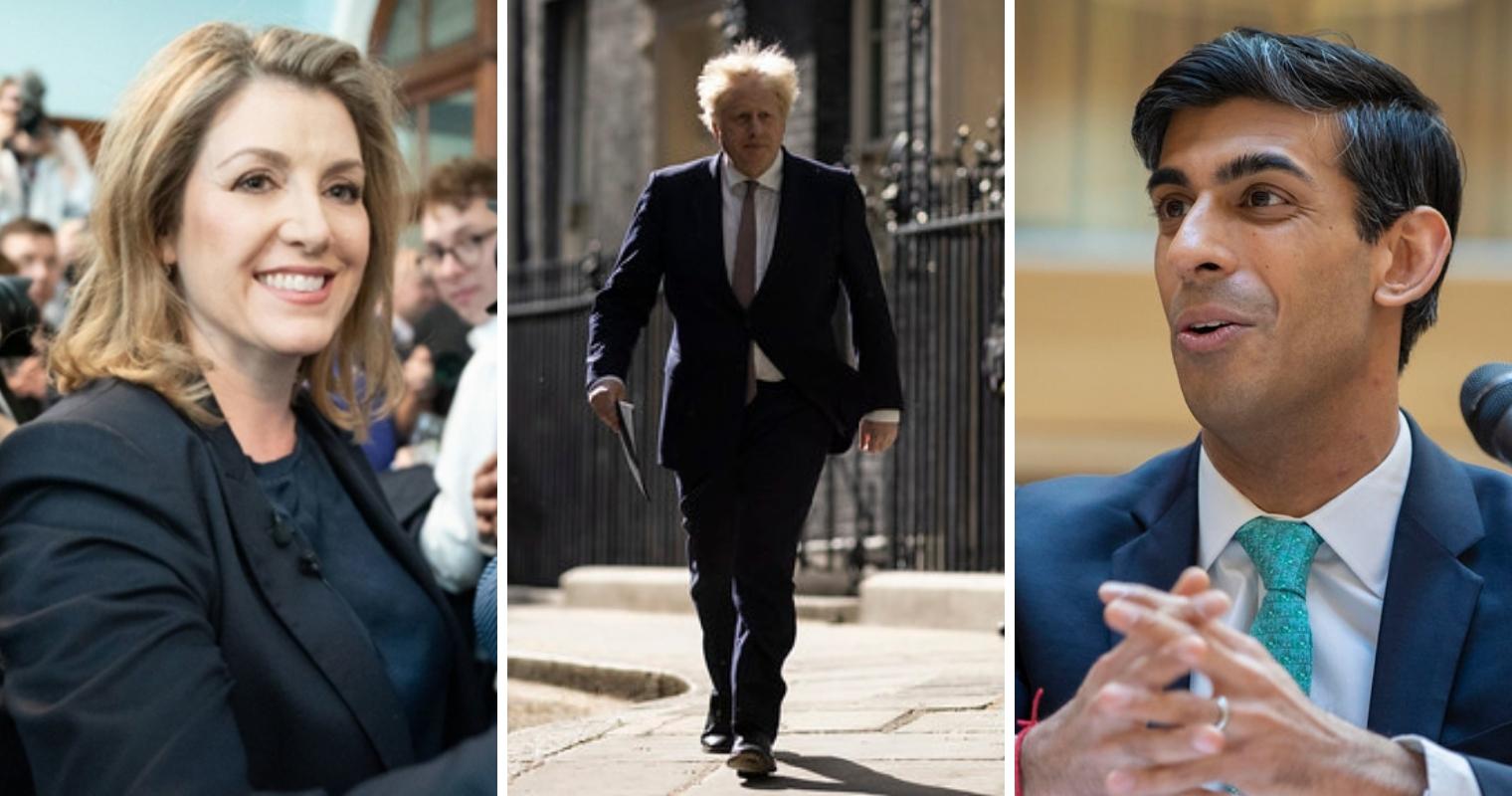 Boris Johnson has pulled out of the Conservative leadership race and WON’T be the new Prime Minister, despite support from fellow Tory MPs to see him back as PM.

Rumours had been swirling that Mr Johnson would return to his former job after Liz Truss resigned after just 44 days, making her the shortest-serving Prime Minister in history.

It’s now widely expected that Rishi Sunak, former Chancellor, will be announced as the new PM, as he has a commanding lead over Penny Mordaunt.

Mr Johnson’s withdrawal from the leadership contest has turned it into a two-horse race.

Both will need to have the support of 100 MPs by this afternoon – Mr Sunak has already reached this target.

If either of them has fewer than 100 supporters, the other will automatically be named the new leader of the Conservative party.

Mr Johnson said, withdrawing from the leadership contest last night, that it was ‘simply not the right time’.

He said that although he believes he stood a ‘very good chance’ of getting back into Downing Street, he couldn’t ‘govern effectively unless you have a united party in parliament’.

His statement also added that he has ‘much to offer’ and is ‘well placed to deliver a Conservative victory in 2024’, while stressing that an earlier general election would be ‘disastrous’.

Since his resignation, Ms Mordaunt said: “In taking this difficult decision last night @BorisJohnson has put country before party, and party before self. He worked to secure the mandate and the majority we now enjoy.”

We should put it to good use, and I know he will work with us to do so.

“He led our country through some of the toughest challenges we have ever faced, and then took on Putin and his barbaric war in Ukraine.

“We will always be grateful to him for that.

“Although he has decided not to run for PM again, I truly hope he continues to contribute to public life at home and abroad.”

Mr Johnson’s full statement reads: “In the last few days I have been overwhelmed by the number of people who suggested that I should once again contest the Conservative party leadership, both among the public and among friends and colleagues in parliament.

“I have been attracted because I led our party into a massive election victory less than three years ago – and I believe I am therefore uniquely placed to avert a general election now.

“A general election would be a further disastrous distraction just when the government must focus on the economic pressures faced by families across the country.

“I believe I am well placed to deliver a Conservative victory in 2024 – and tonight I can confirm that I have cleared the very high hurdle of 102 nominations, including a proposer and a seconder, and I could put my nomination in tomorrow. There is a very good chance that I would be successful in the election with Conservative Party members – and that I could indeed be back in Downing Street on Friday.

“But in the course of the last days I have sadly come to the conclusion that this would simply not be the right thing to do. You can’t govern effectively unless you have a united party in parliament.

“And though I have reached out to both Rishi and Penny – because I hoped that we could come together in the national interest – we have sadly not been able to work out a way of doing this.

“Therefore I am afraid the best thing is that I do not allow my nomination to go forward and commit my support to whoever succeeds.

“I believe I have much to offer but I am afraid that this is simply not the right time.”

By 2pm today, the 1922 committee will announce who has made it onto the ballot.