The rapper is sharing his tips for leading a greener life. 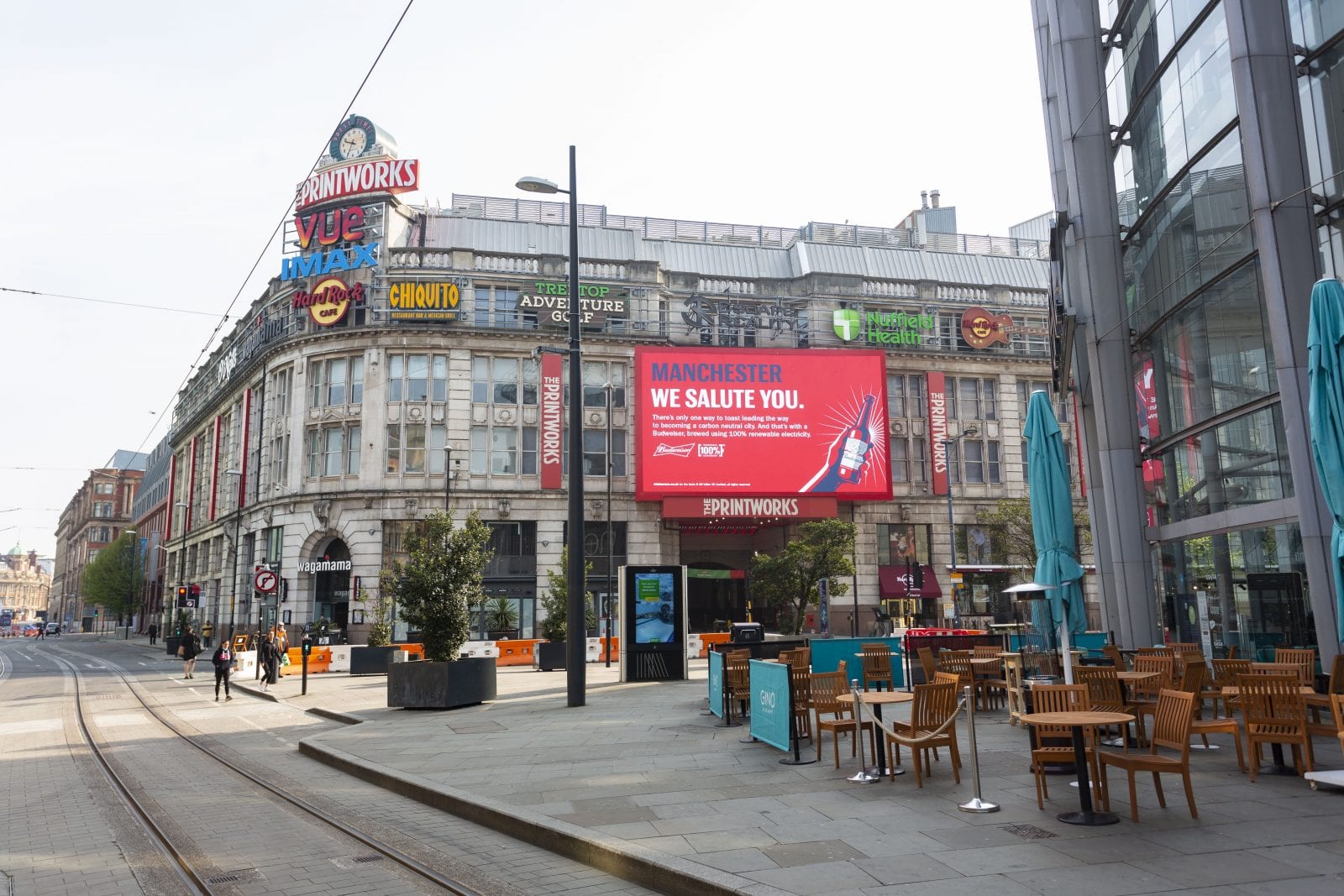 Budweiser has teamed up with musician and environmental advocate Professor Green for Earth Day 2021 to raise awareness of the simple changes everyone can make to lead a greener life.

Taking place on April 22 every year, Earth Day is an internationally-recognised day of environmental awareness which aims to drive action and change. This year, Budweiser has singled out Manchester for praise for its sustainability work, as the city works towards its goal of becoming a net zero carbon city.

It comes as research by the brewery has uncovered a sense of “green guilt” in Manchester, meaning people are aware of the damaging affects their actions are having on the environment but are unsure how to help.

Budweiser’s study of 2,000 people has shown 47% of people living in Manchester feel guilty for not doing enough for the environment – with 41% having felt guilty for turning the heating on, and food waste being a major concern for them too.

In response, Budweiser and Professor Green have devised the “Pro Green Guide” containing practical ideas to incorporate into our lives and inspire better choices.

Professor Green – a.k.a. Stephen Manderson – told The Manc how these small changes show how easy it is to make a difference to our perceptions of “green guilt” – but also to reinforce the positive choices that we’re already making.

“[The guide] is mainly based around all the changes that I implemented in my own life in order to become a little more sustainable.

“It’s really easy to feel like it’s not significant and not going to make a difference because it’s just one person, but if that’s the attitude of everybody there will be no change.”

“I think this is the right way to do things because the worst thing to do is say to someone ‘you’re not doing enough’,” he explains.

“Imagine walking into someone’s life and going ‘right you need to change this this this this and this’, you’re probably going to be met with a ‘f*ck you’, aren’t you?”

So, Professor Green’s partnership with Budweiser is based on a mutual agreement of how important it is to approach huge topics in an accessible way.

Instead of telling people off and ramming data down necks so much that they lose interest, we should be praising people for the good that they are doing. With positive reinforcement they hope to encourage better choices in the future.

“Nobody’s perfect and it’s not something you can change overnight. I still forget to take my bags to the shops every once in a while, but it’s good to encourage people and show people that there are really small changes that are quite easy to implement,” he says.

“It’s easy to become defeatist and think it’s too little, too late – and it’s scary. You’ve got all these promises being made by governments and our prime minister in the last day in particular, he’s literally just putting lipstick on a pig. He’s dressing things up and it’s crazy.

“We have to be aware of how real this problem is and you have to understand that what someone says isn’t necessarily what’s happening. With the direction the planet is heading it’s important that people stand up and take notice.”

With the campaign slogan reading ‘green by name and green by nature’, Stephen was the perfect partner for Budweiser on the project. But this isn’t the first time Stephen has taken an interest in environmental activism. His awareness has stemmed from his childhood.

“I grew up a city kid – I grew up in Hackney, just down the road is the London borough of Tower Hamlets where my partner grew up and it’s where I used to spend a lot of time – my dad used to manage a shop. The statistic around there is something like 75% of children have a 5% reduction in lung capacity because of the illegal amount of pollution in the air. It’s terrible,” he explains.

“This is affecting adults as well but it’s affecting kids and having become a father you start to think more about the world that you leave behind.”

But Stephen is hopeful for the younger generations who are the open-minded and more aware ones driving action towards a better future.

Here in Manchester, the city is working hard to become one of the greenest in the world. There are a number of initiatives and schemes like the Council’s ‘Our Manchester Strategy’ which hope to put Manchester on top by 2025.

On the campaign, Stephen says we need to have open and frank conversations on a local community level, as this is where most change occurs.

“It’s the same with the work I do around mental health, it’s not a conversation we should stop having. It’s not a case of ‘okay everyone’s aware now, we can go back to how things were’, because how things were were not great.”

Sustainability is a hot topic for Budweiser who, since January 2021, have been brewing every can, bottle and keg of their beer using renewable energy from wind and solar sources.

The $1 billion dollar investment into renewables has meant that The Budweiser Brewing Group now generates enough renewable electricity in the UK to power the brewing operations of not only Budweiser but also Bud Light, Stella Artois, Corona and Becks.

So, what better way to toast Earth Day and our city’s sustainability achievements than with a zero-carbon beer.