"Manchester stands in solidarity with  refugees, and we are ready to play our part." 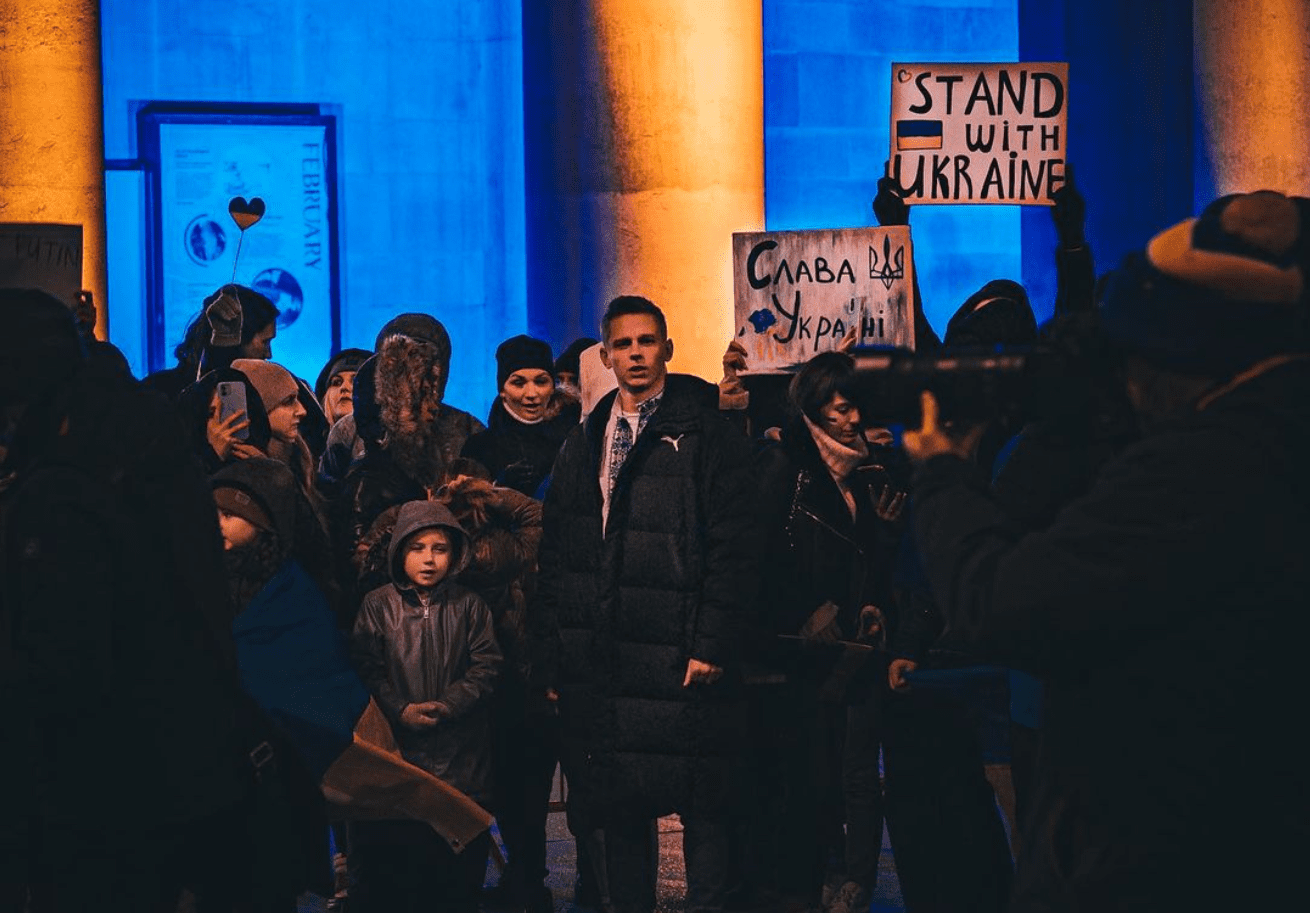 Manchester City Council and one of the city’s most iconic charities has joined forces to launch a fundraising appeal for refugees fleeing Ukraine.

Set up by the Council in partnership with We Love MCR Charity (WLMC), all with the aim of supporting individuals and families fleeing the devastating conflict and arriving here in Manchester, the new MCR Ukraine Welcome Fund will fund charities and voluntary sector groups who are providing assistance – such as essential items, advice, and more.

Every penny raised and donated will go towards supporting Ukrainian evacuees in the city, and the Council has already kicked-off the fund with a donation of £50,000.

So far, the new MCR Ukraine Welcome Fund has already identified Caritas (Salford Diocese) and Europia as charity partners with “considerable experience” of supporting people who arrive in the city with next to nothing.

Further partners are also being brought in, according to the Council and WLMC.

“No one watching the horrific scenes unfolding in Ukraine following the Russian invasion can fail to be moved by the plight of the Ukrainian people,” said Bev Craig, Leader of Manchester City Council, on the launch of the fund.

“Manchester stands in solidarity with them and we are ready to play our part, together with towns and cities across Europe, in welcoming evacuees escaping the conflict and the humanitarian disaster it is creating.

“While some people will even be opening their homes to arriving Ukrainians, we know not everyone is in a position to do that, but by donating to this fund you can show you care by helping to provide practical help and support right here in Manchester to those escaping danger and starting to rebuild their lives.”

Joanne Roney OBE – Chief Executive of Manchester City Council said: “I’m glad the Council has been able to make the first donation as we know that Mancunians have big hearts and a proud tradition of hospitality and compassion.

“They will doubtless be generous in helping to welcome Ukrainian families to our city.”

Other organisations getting involved with the fund include Manchester City FC, who will be promoting the campaign on match days at both the Etihad Stadium and Academy Stadium.

What’s more, is that Manchester City Council is also working with other services to coordinate planning for the arrival of Ukrainian refugees under Government schemes – including the recently-launched Homes for Ukraine scheme, which enables UK residents to host Ukrainian evacuees.

Read more: Over 100,000 people sign-up to open their homes to Ukraine refugees in UK

The striking new £40 million Tower of Light landmark near Manchester Central Convention Centre will also be illuminated blue and yellow to mark the launch of the fund, so keep your eyes peeled.

You can donate to the MCR Ukraine Welcome Fund here.