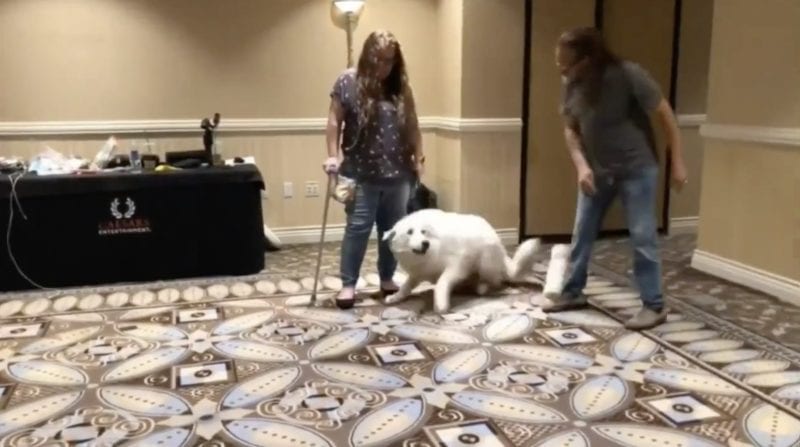 Last month, we wrote an article about a so called dog trainer who charges £600 per person for his seminars.and was due to hold one in Manchester this summer.

Jeff Gellman, who owns Solid K9 Training, was being publicly criticised for his 'techniques' on social media, leading him to deactivate his twitter with his tail between his legs. It's still deactivated to this day.

The widespread outcry began when videos of his sessions with dog owners made their way onto the internet, showing the coward hitting unsuspecting dogs with rolled up towels. 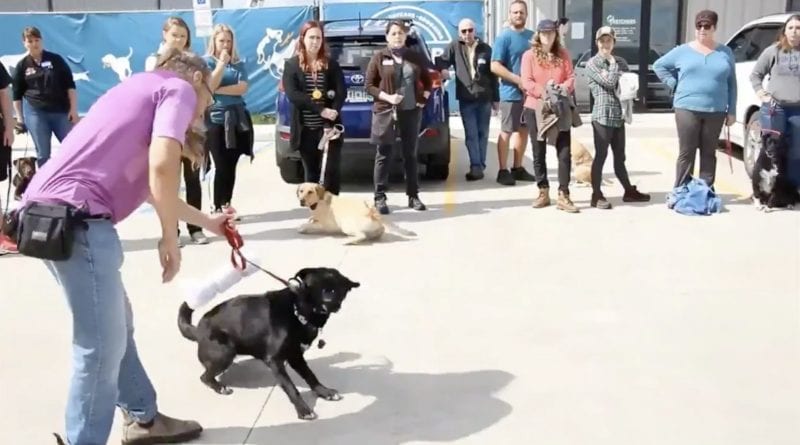 The RSPCA labelled Jeff's methods as 'completely unnecessary' and voiced 'significant concerns' over a technique he refers to as 'bonking'.

Ahead of his two upcoming UK seminars, a video was circulating (one of which was set to be held in Manchester) which showed Gellman hitting a dog in the head.

In the clip, the dog trainer forcefully throws a rolled-up towel at a dog's head, who yelps in shock and cowers in front of its owner.

In response, the RSPCA stated: "This video is really upsetting. We understand this incident happened in the US, but we’ve been made aware that this trainer is due to host an event in Manchester."

Unqualified guru 'dog trainer' Jeff Gellman is at it again. He says these videos are all highly edited, but they are simply clips from his YouTube channel. We have to stop this man terrorising innocent dogs. pic.twitter.com/zr76xaujMB

This so-called expert dog trainer @SolidK9Training plans on a Scottish seminar tour. The @ScottishSPCA is urging people not to attend. Let's keep this man the hell out of Scotland. #NotWelcomeHere pic.twitter.com/xRLMqHkzT8

His two-day Manchester seminar was set to take place in August, for which he usually charges £600 per person.

However, since our original article went live – which generated 10,000 interactions and reached 200,000 people in a few days – Jeff's UK tour is now nowhere to be seen on Eventbrite or on his official website (which we won't be linking).

In fact, you can't find tickets for his UK seminars anywhere on the internet, and a petition for the Rhode Island Attorney General to investigate Jeff now has 160,000 signatures. Which we are absolutely thrilled about.

We imagine the RSPCA also did some pretty effective d*ck swinging when the videos went viral... If only animal welfare charities in the other countries would do the same.

An immersive Friends themed boozy brunch and quiz is happening