Downing Street has insisted that the photo shows a "staff meeting". 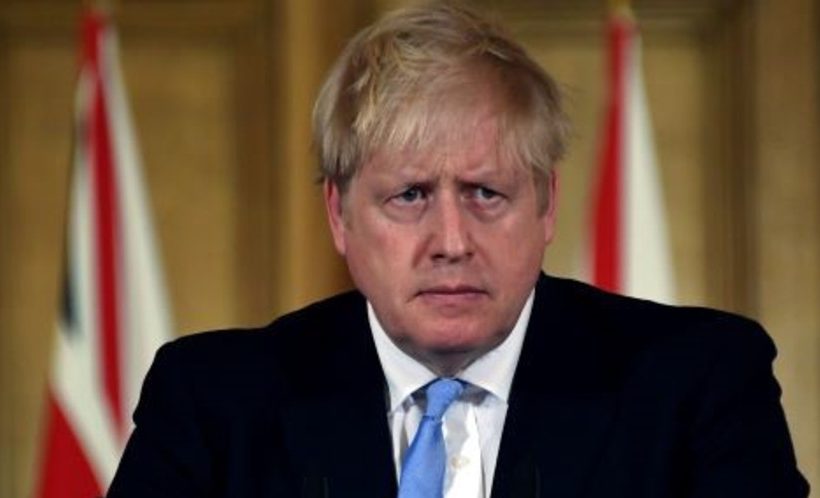 Downing Street and government ministers are speaking out to defend a controversial photo that emerged over the weekend that appears to show the Prime Minister at a lockdown gathering.

Since the emergence of the photo in question – which was first published in The Guardian yesterday – Prime Minister Boris Johnson has been coming under significant pressure to answer questions over the series of alleged gatherings that were believed to have been held at Number 10 during various lockdown restrictions last year.

The photo published yesterday shows the Prime Minister, his wife Carrie, and several colleagues enjoying cheese and wine in the Downing Street garden on 15 May 2020 – which was during the first national lockdown.

The newspaper reported that 19 people were present at the gathering, and that there were “spirits and pizza inside and outside the building”.

Restrictions in place during the first national lockdown meant that the alleged gathering happened at a time when the British public were still being asked to remain two metres apart from each other, both indoors and outdoors, and were being urged to “stay at home as much as is possible”, while schools did not reopen for another fortnight, and many pubs and restaurants were ordered to remain closed until early July.

The emergence of the photo comes not long after the government was accused of hosting two other mid-lockdown gatherings, during November and December 2020 – which, despite strong criticism from opposition, has continued to deny.

The emergence of the photo over has resulted in national public outcry online over the weekend.

As well as outrage by members of the public on social media, the photo has of course prompted heavy criticism from opposition politicians and parties, with Labour demanding “the truth” about the situation be revealed and Shadow Health and Social Care Secretary Wes Streeting insisting that it’s “no laughing matter” how the Prime Minister lies with “ease”.

“Tell us the truth about what was going on in Downing Street from the very beginning immediately.”

Former Labour politician and onceSecretary of State for Children, Schools and Families also chimed in with some specifics to add that he was “pretty sure this is the view from the 11 Downing Street first floor balcony.”

Shadow Chief Secretary to the Treasury – also said this morning that photo adds to a “culture of impunity” reflected in a number of stories over the last few weeks, adding that the Prime Minister has “made a lifetime of thinking rules don’t apply to him”, and that the country is now in a situation where the public health message is being “undermined”.

Yet despite all of this criticism and demand for the truth to be told, Downing Street has insisted that the photo shows a “staff meeting”.

A government spokesperson explained in a statement: “As we said last week, work meetings often take place in the Downing Street garden in the summer months [and] on this occasion, there were staff meetings following a Number 10 press conference.

This statement by the spokesperson has also been echoed and enforced this morning by Justice Secretary Dominic Raab, who told host Kay Burley during an appearance on Sky News this morning that Downing Street is a “place of work”.

He then said that the meeting was “consistent” with the COVID-19 guidance issued by the government at the time.

“Number 10 is a place of work and also the prime minister’s home and they use the garden for work meetings and that’s what you can see,” he concluded.

Human rights barrister Adam Wagner – who examines coronavirus regulations and interprets them for the public – said in on Twitter over the weekend that he was “doubtful” the gathering “was against the law”, but that it may have been against guidance.

He added that there was “no way of knowing that they weren’t working”.