He was presented with an OBE by Prince William The Duke of Cambridge at Windsor Castle yesterday. 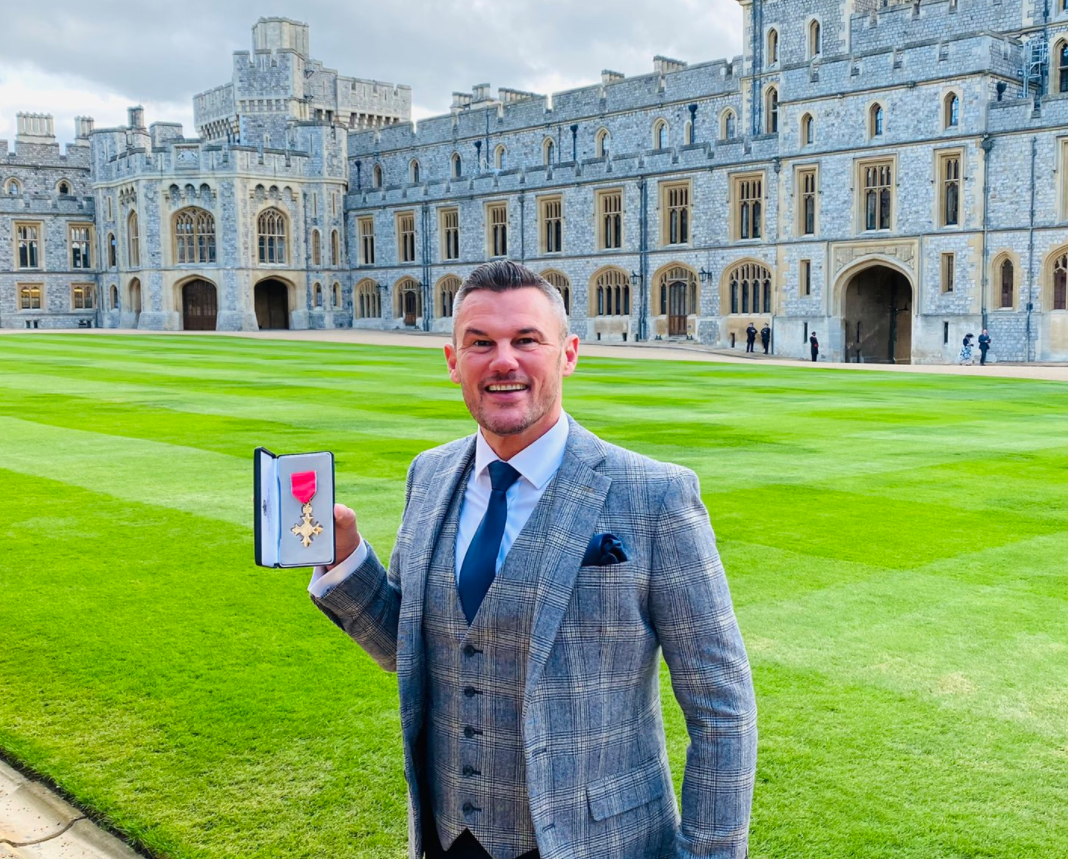 While all eyes and headlines were on one Mancunian – 24-year-old Manchester United and England star Marcus Rashford, who was finally presented with his MBE yesterday in recognition for his highly-publicised work to tackle child food poverty in the UK – another prominent and important Greater Manchester figure was also recognised at the long-awaited ceremony at Windsor Castle yesterday.

Carl-Austin was presented with an OBE by Prince William The Duke of Cambridge for his ongoing services to the Greater Manchester community.

Following the ceremony yesterday, Kensington Royal took to social media to share Carl-Austin’s achievements that have led to him being awarded the prestigious honour, explaining that: “Every year, inspiring people from across the UK are recognised for their outstanding achievements [and] one person who received his OBE today was Carl-Austin Behan, recognising his incredible work for charity and the LGBTQ+ community in Greater Manchester, where he has helped raise money for numerous worthy causes and spearheaded work promoting equality and inclusion in the public and private sectors.

“He has played an active role in his community, including through his 14 years in the Boys’ Brigade as a youngster, voluntary roles in later life include supporting the Northern Air Hospital Radio and Gaydio, an LGBT radio station.

“He’s completed two charity treks in Malawi, raising over 100,000 for children with HIV, and a trek to Everest Base Camp in 2013 raised £25,000 for the Alzheimer’s Society, a charity he regularly supports.”

Carl-Austin also took to social media to share pictures from the day.

“Feeling proud, honoured and humbled to spend a morning at Windsor Castle to receive my OBE along with many other deserving recipients, which was the first one since before COVID restrictions,” he said in a post on Twitter and Instagram.

He also later thanked “all those who made this happen, who supported, believed, and trusted in me, over many years”, adding that it was “very much a team effort.”

“Especially my family, friends, and loved ones, who have all been part of this amazing journey,” he concluded.

Carl-Austin Behan was born in north Manchester and grew up in Crumpsall.

He joined the Royal Air Force (RAF) in 1991 when he was 19 years old, and had a busy career that included saving a fellow pilot from a burning aircraft, which subsequently saw him commended for his actions in the Queen’s Honours list of 1991 – but was discharged in 1997 for being gay at a time when it was illegal to be openly gay in the RAF.

After leaving the RAF, he began a career in politics, and was elected to Manchester City Council as Labour Member for Burnage ward in May 2011, and then in 2016-2017, was made Lord Mayor of Manchester – becoming the city’s first openly-gay Lord Mayor and one of its youngest at 44.

He also took voluntary roles in later life that include supporting the Northern Air Hospital Radio, and LGBT radio station Gaydio, as well as continuing to work in promoting equality and inclusion in the public and private sectors, and has raised significant sums of money for charities important to him.

He deservedly made headlines earlier in February this year when he was finally able to reclaim the military medals taken from him after he was dismissed from the RAF.

The MoD said at the time that it wanted to address a “historical wrong”.