Transport ministers say the money will be used to fund a number of infrastructure upgrades. 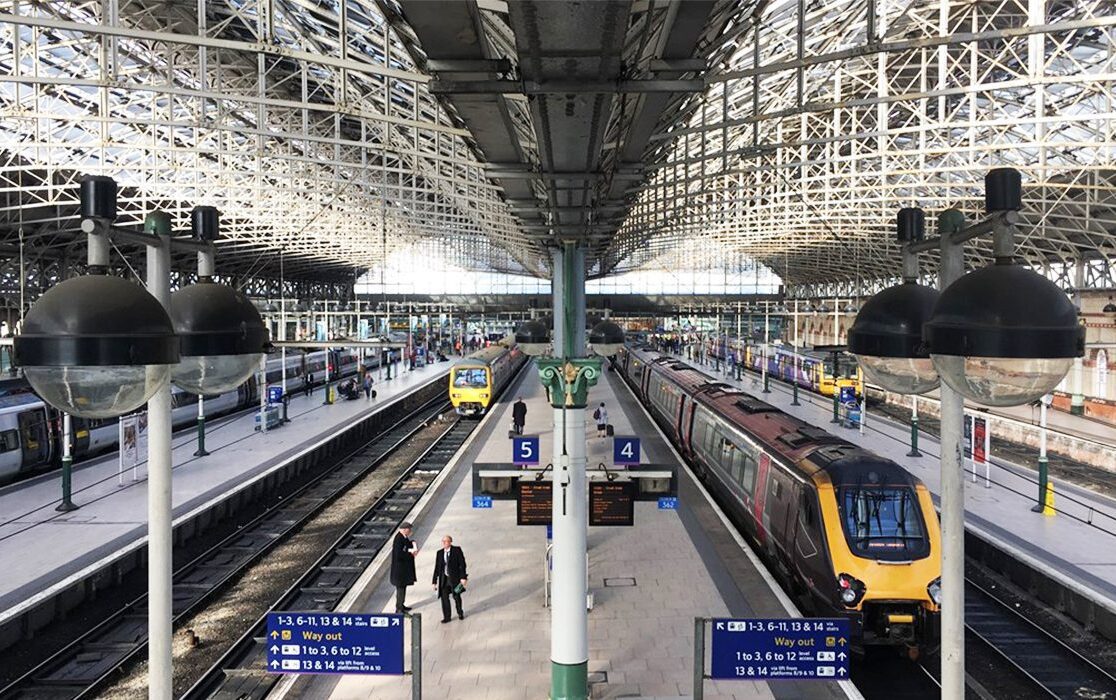 The government has today announced an £84 million funding package to make train services in the North West “more reliable”.

According to transport ministers, the money will be used to fund a package of infrastructure upgrades such as track improvements, platform extensions for longer trains, and larger local depots, which are all said to transform the day-to-day journeys of train passengers in the region.

Passenger facilities will be enhanced at Manchester Piccadilly, Manchester Victoria, and Manchester Airport stations, thanks to the funding, and will also allow for re-signalling along the city’s notoriously congested Castlefield Corridor, and the remodelling of Manchester Oxford Road station.

Read more: Rail fares to rise by up to 3.8% from today in biggest price hike since 2013

Work on the Transpennine Route Upgrade (TRU) also continues with the electrification and re-signalling of the line and track renewals, which is aiming to deliver faster, more frequent, and reliable trains for passengers.

Transport Secretary Grant Shapps said it “kicks off a decade’s worth of improvements”.

He added: “This £84 million investment will make trains more reliable for the people of Manchester and beyond.

“The Transpennine Route Upgrade, the Integrated Rail Plan and Northern Powerhouse Rail will transform the lives of passengers across the region for generations to come [and] as we level up the country, we’re determined to use rail to boost local economies, create greener journeys and change lives for the better.”

Mayor of Greater Manchester Andy Burnham has previously described the “lack of investment in rail over the past decade” in the North West region as “a drag on realising our ambition”.

Speaking on the new £84 million investment, Mr Burnham added that a “reliable and dependable railway which provides a high-quality travelling experience” connecting major northern cities is “an important ingredient for the long-term success of our city-region and the wider area”.

He continued: “Today’s announcement is a welcome step forward and I look forward to continuing to work with Government and the industry.

“This is just the start of the infrastructure investment needed.

“We need to push on with a comprehensive package of improvements which will help to secure a successful future for rail travel in our region for generations to come.”

The funding boost also comes as a controversial new rail timetable is planned for Manchester from December.

Mr Burnham has previously warned that it will lead to many passengers “standing up all the way” between Manchester and Leeds due to a lack of seats, but the Department for Transport (DfT) disagrees with that claim, and insists the new timetable will provide “more punctual, reliable journeys for passengers”.