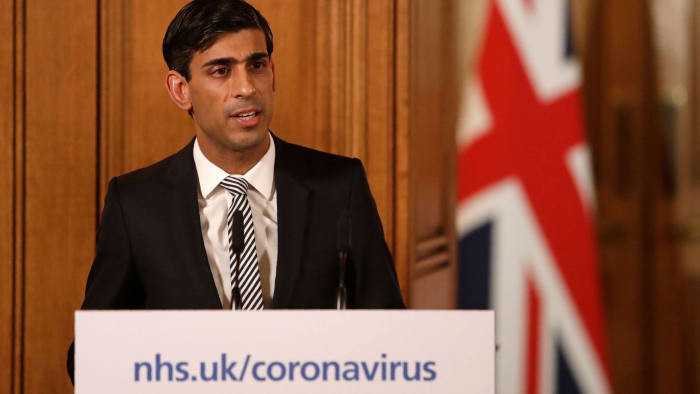 The government will pay 80% of wages for employees not working, up to £2,500 a month, Chancellor Rishi Sunak says.

He says the economic intervention he is announcing is unprecedented but necessary to save lives during the Coronavirus pandemic.

The government will therefore set up a job retention scheme and employers can get a grant to cover most wages.

Any employer is eligible

Employers can get grants covering 80% of salaries up to £2,500 per month for those not working

.@RishiSunak “for first time in history government will help to pay people’s wages”. Will pay up to £2500 a month to those who still employed but not being used. To stop them being sacked. No limit on amount government will contribute

Prime minister Johnson said the government would temporarily support workers directly and "in a way government never has done before".

With any employer eligible to apply to HMRC to pay most of the wages of people who are affected by the crisis, the grant will have “no limit”.

Some encouraging words from the chancellor for employees. Whether it’s enough for many remains to be seen, but it’s a start. Regardless of your politics, @RishiSunak is a pretty impressive performer....you’ll disagree, of course.

It will cover the cost of wages backdated to March 1 and be open initially for “at least” three months.

Mr Sunak also asked businesses to look at the measures being introduced and the support offered before laying workers off.

He said: “Please look very carefully at that support before making any decisions to lay people off. It’s on all of us.”

Dog sprains tail for excessive wagging because everyone is home