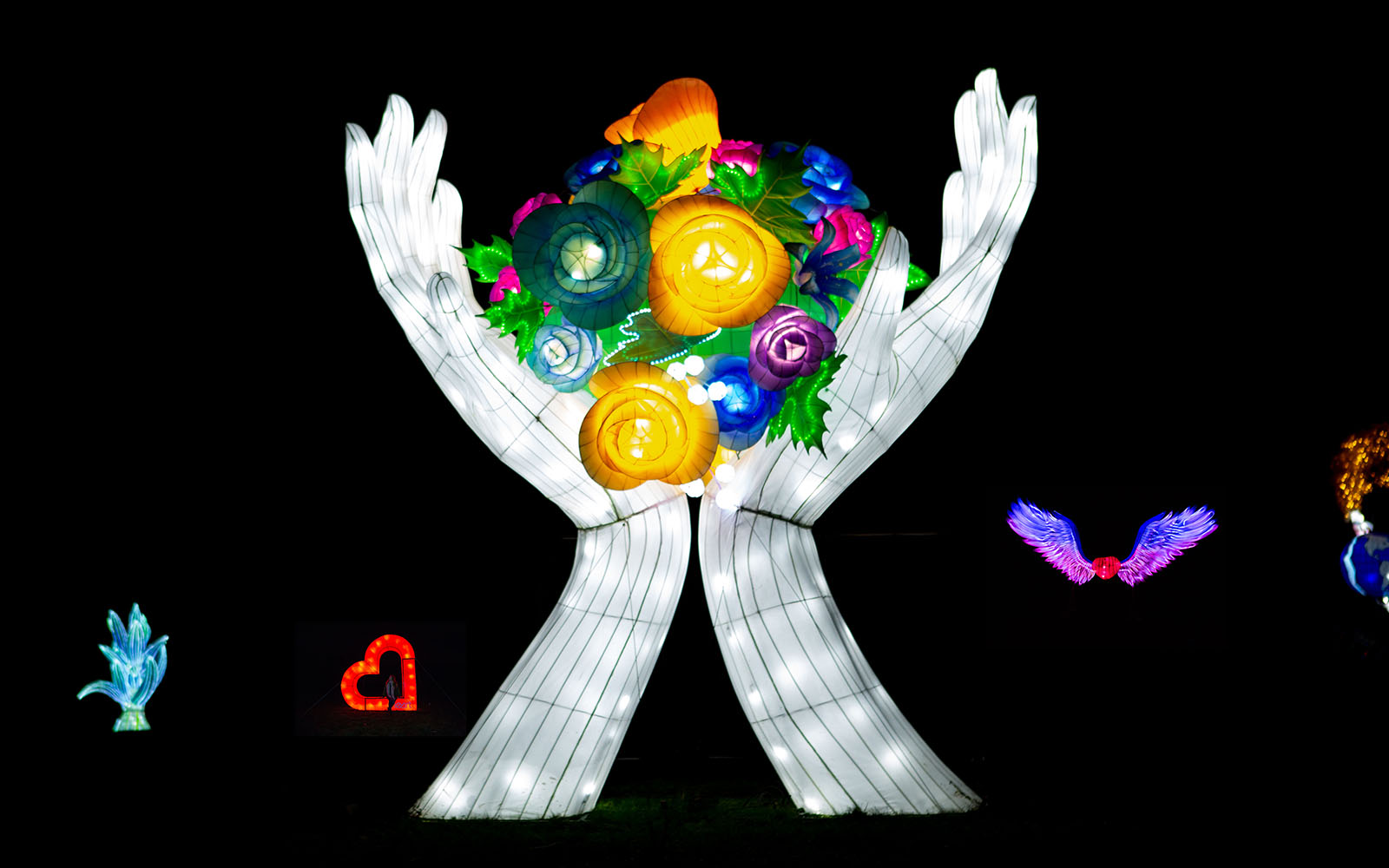 Ahead of the grand opening of the popular outdoor Christmas lights event – which is returning for the third year running – next Friday, Lightopia has also announced a new charity initiative called Light of Love that supports a range of local organisations around Greater Manchester, and for 2021, will officially partner with Hits Radio’s Cash for Kids ‘Mission Christmas’.

Cash For Kids ‘Mission Christmas’ is known for bringing the magic of Christmas to children who may otherwise wake up without a visit from Santa.

Last year, ‘Mission Christmas’ was able to help 30,697 children across the region, while Cash for Kids itself aims to support the one in three children that are living in poverty across Greater Manchester.

Visitors to Lightopia this year will be able to add on an optional donation as they purchase tickets for the Manchester outdoor Christmas lights event.

Commenting on the exciting partnership, Michelle Williamnson – Regional Manager at Cash For Kids – said: “We are thrilled that Lightopia Manchester is supporting Mission Christmas this year, as with more families hitting unexpected hardship over the past year, Christmas is a luxury that many simply can’t afford [and] some households are having to make difficult decisions between food, heating, and gifts.

“For some children and young people, Christmas can be just like any other day – but we want to make sure it’s different and as special as possible this year.

“Every child deserves a gift, and with your help they can wake up to a visit from Santa on Christmas morning.”

Ian Xiang – Creative Director of Lightopia – adds: “We are excited to bring a new element to Lightopia Manchester this winter, Light of Love aims to support local charities doing vital work in the Greater Manchester communities.

“The work of these organisations has never been so important [and] this year, we are helping to raise funds for Cash for Kids Mission Christmas, helping to make Christmas special for every child, with a gift this Christmas.”

The Light of Love initiative will also be supporting OUR PASS and SEND this year.

OUR PASS is a membership scheme for young people who live in Greater Manchester, for both school leavers and care leavers, while SEND is the system that supports children and young people with additional needs throughout their education.

The Light of Love initiative, and additional outdoor light installations aren’t all that’s new at Lightopia in Manchester this year, as there’s also the new illuminated ‘Dining Domes’.

Nestled in the park’s woodland and surrounded by lanterns, the ten domes make for a unique and atmospheric dining experience for families, friends and couples, while The Stables Courtyard Bar and Dining will offer a more casual dining experience, with food, music and festive spirit under a heated canopy.

Lightopia will be open to the public Thursdays – Sundays from the 25 November until 11 December, and then will be open every day until Monday 3 January 2022 except for Christmas day, with opening times between 5pm to 10pm, and last entry is 8.30pm daily.

You can grab your tickets to Lightopia 2021 here.