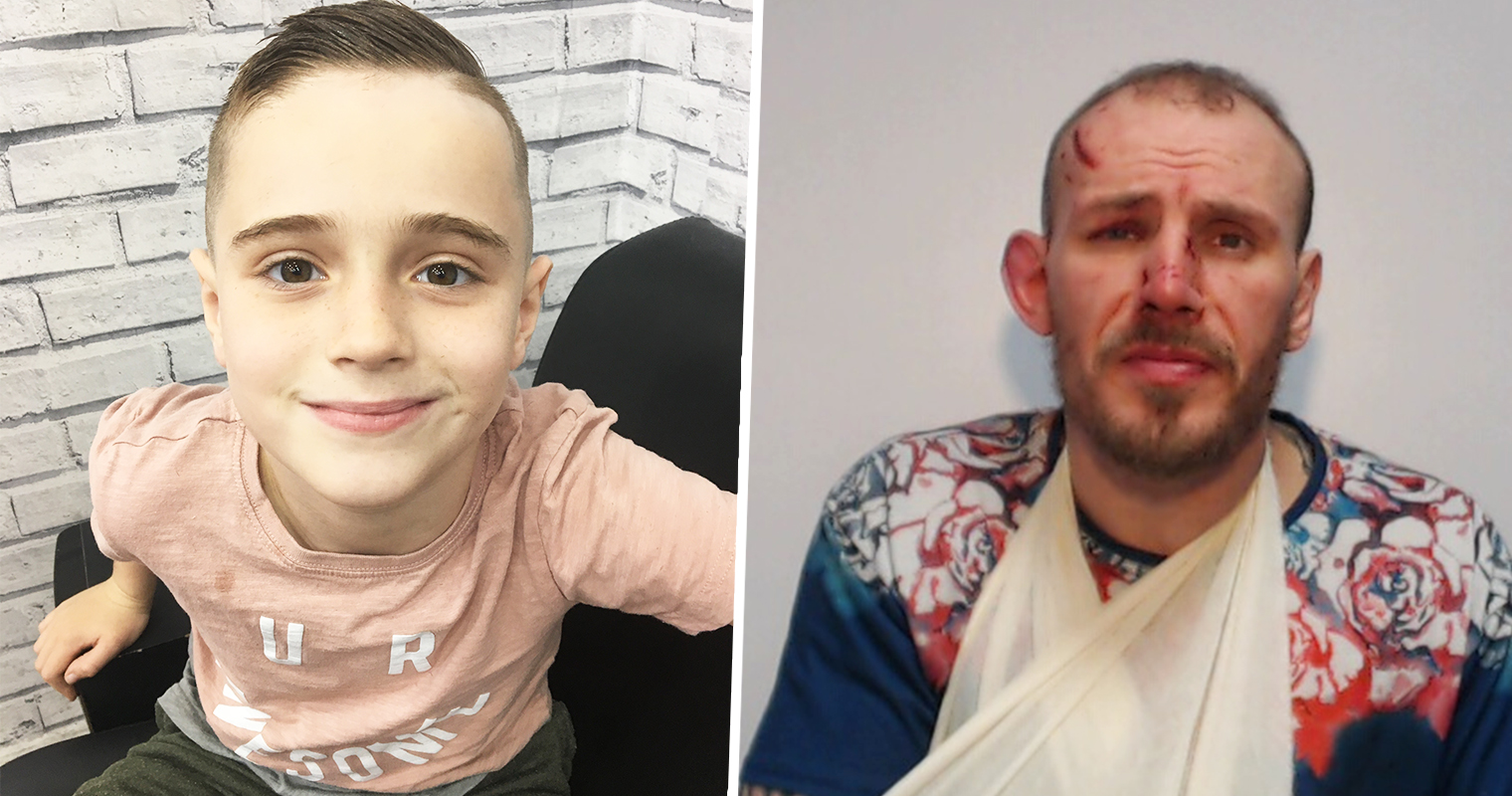 A man has been jailed for four years for causing the death of his son by dangerous driving.

Clarke had been driving over the limit for drugs, in an uninsured car, and on tyres that were below the legal limit.

He was then speeding at 76mph in poor weather conditions, with both of his sons (Blake, eight and Mason, six) in the car, when his vehicle went into a spin and collided with a Highways van parked on the hard shoulder on Friday 28 February 2020.

In a tribute to Blake, his mother Vicky said: “Blake was cheeky, he was the joker, he was popular, and he was very clever, he had a bright future. Blake was sensitive, affectionate, protective of Mason, his friends and me.

“He loved school, so much so he couldn’t wait to get back to School on that Monday. He loved his friends, which he had from nursery. He enjoyed street dance, computer games and Lego. Blake loved life and loved his family.

“Having been told by the hospital that Blake had died and seeing Mason with minor injuries. I couldn’t understand how one of my children was okay and the other was dead.

“On the day of Blake’s funeral, he was lay in his coffin. I knew this would be the last time I would see Blake, kiss him and touch his skin. I was screaming, shouting at him “Please Blake, please wake up for mummy.”

“Blake and Mason didn’t get a choice or a chance that day after they left their nanas, all the choices were made for them by their dad who they were both excited to see. My boys didn’t stand a chance. Now I live in a continuous nightmare that I’m yet to wake from. Mason has lost his best friend and I have lost my beautiful son, and the life and love I once had.”

On that tragic day, Clarke had collected his children from their grandmother’s home in Middleton and was making his way to his partner’s address in Stockport.

His car went into an irreversible spin and the rear of it collided with a Highways Iveco Tipper Van – Blake was sitting in the back of the car.

Members of the public pulled Blake and his brother Mason from the car and desperately tried to save the boy’s life.

But despite their efforts, and those of the emergency services, he died from his injuries.

Mason and the Highways worker were both taken to hospital with minor injuries.

Leon Clarke provided a positive drug sample at the scene and was arrested.

He was found to be 13 times above the legal limit for the bi-product of cocaine, Benzoylecgonine – a much higher quantity than his interview suggested, when he said he had taken cocaine the previous night but felt fit enough to drive.

“His two son’s safety should have been at the forefront of his mind. Instead, he took cocaine in the hours leading up to collecting them from their grandmother. When he joined the motorway, he did not drive to the weather conditions and drove above the speed limit despite the surface water and spray.

“The loss of Blake is not only felt by his family, but by his school friends. Blake should have been starting his journey at Secondary School this year. The devastation of Blake’s death has affected everyone that loved and knew him. His death touching members of the public and the emergency services who tried to help on that day.

“On behalf of Blake’s family and GMP, I would like to thank the members of the public who stopped and provided first aid to Blake, along with Highways employees, Greater Manchester Fire and Rescue, North West Ambulance Service, Air Ambulance and Manchester Royal Children’s hospital who all desperately tried to save Blake.

“This should be a reminder to any motorist who chooses to drive having taken drugs, for those who do not drive to the weather conditions, and for those people who drive with insufficient tread on their tyres. It can take all of these things, or even just one thing for a journey to end in tragedy – so please remember that your actions can have fatal consequences.”