Man who left Sikh leader for dead, then calmly went for a pint, jailed 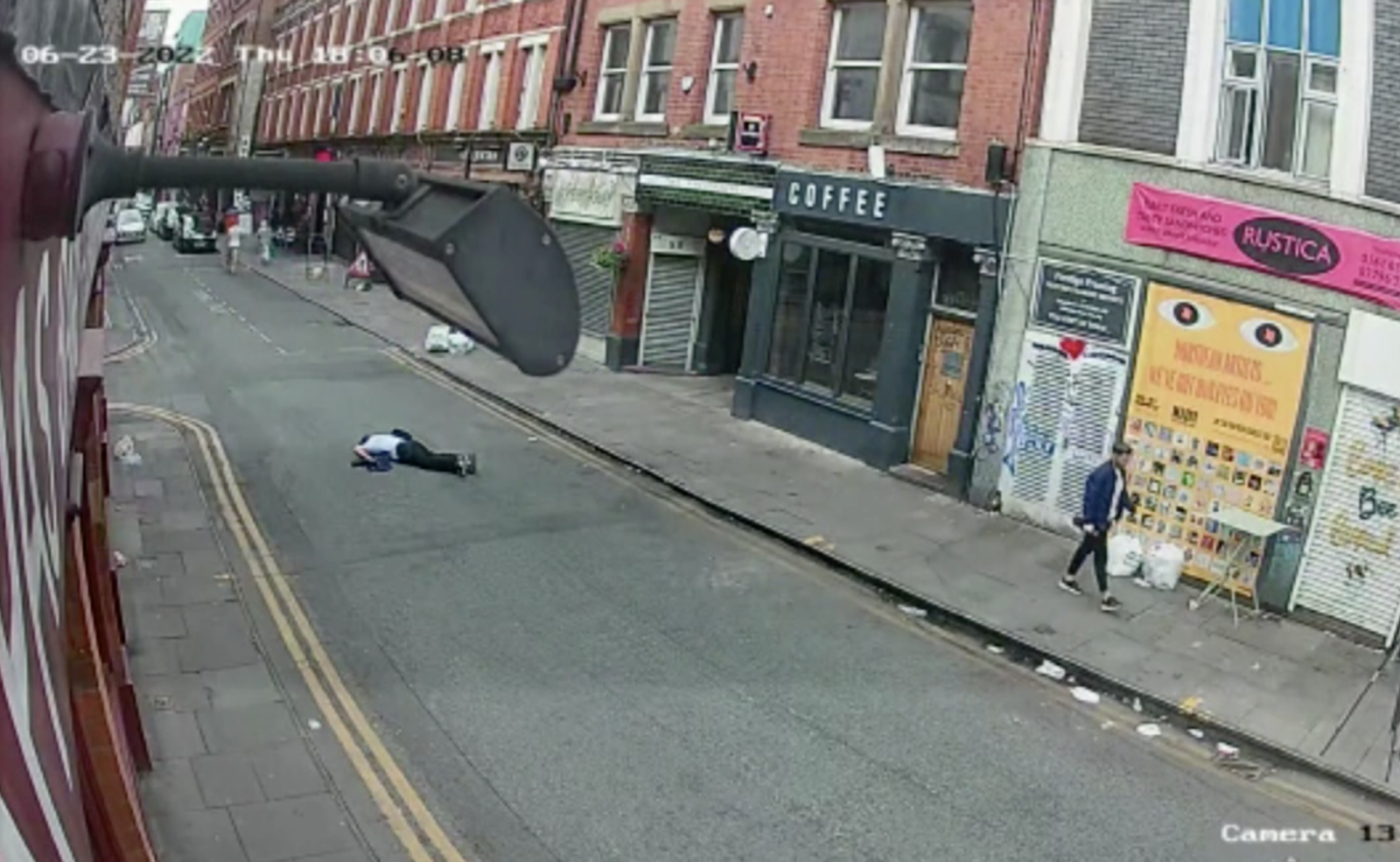 A man who senselessly attacked a Sikh leader in broad daylight in the Northern Quarter, leaving him for dead, has been jailed.

Claudio Campos, 28, of Ladybarn Lane, pleaded guilty to the assault of 62-year-old Avtar Singh and has been jailed for three years.

Avtar was taken to hospital after the assault on 23 June, where he remains to this day, receiving treatment for a life-changing brain injury.

His family described him as a ‘truly brilliant, gentle and kind human being’

Horrifying new CCTV has been released, and shows Campos calmly walking away from the victim’s lifeless body.

Manchester Crown Court heard on 6 October that Avtar had been walking home from work along Tib Street when Campos violently punched him to the head.

He laid unconscious in the middle of the road until a passer-by called for an ambulance.

A CCTV appeal from GMP led to the arrest of Campos, where he finally admitted the assault.

Detective Inspector Mark Astbury, of GMPs City of Manchester CID, said: “This was a horrific attack of a much loved family member and community leader which deeply shocked the public.

“I hope today’s verdict gives Mr Singh’s family some relief that the person who has harmed their husband and father has now faced justice and will be sent to prison.

“I would like to thank the public for their help with our investigation and our thoughts are very much with Mr Singh, we hope he is able to return home soon”.

Avtar’s family prepared the following, heartbreaking words: “When our dad came to this country over 30 years ago, he never imagined that he would be the subject of such a heinous attack which has left him bed bound and in hospital for as long as he has been.

“As a family, we are truly heartbroken and still struggle to come to terms with the reality of his future and the truth behind this crime.

“He didn’t do anything to deserve this situation where he has permanently damaged his sight and lost complete mobility down his right side.

“Although we will never get the strong powerful man, who is the light of our lives back, we are satisfied with the result given by the court today.

“Avtar is a truly brilliant, gentle and kind human being who has spent his whole life looking after everyone around him. He is a tremendous father, a hardworking husband and the most amazing priest who has served communities for generation after generation.

“This attack hasn’t just left an ever bleeding wound on our hearts, it’s scarred an entire community who knew him to be the man he was and now isn’t.

“We are grateful for the support that people have continued to provide and the justice that Greater Manchester Police have sought for our family.

“Sadly, our fight does not end today as we continue to watch Avtar fight to gain back a quality of life that will see him through recovery. We know now that we will never feel as safe as we once thought we were walking through the city centre in Manchester, given this situation was as unprovoked as it was brutal.

“Our dad came to this country to work hard and teach others to preach kindness and move past any hatred in their hearts. It’s a true shame this person left an elderly man for dead in the middle of the street.

“The law has fought part of our battle today but we will never be able to piece back the strength and the happiness that our dad was so amazingly built upon.”