The new helipad will enable critically ill patients to be airlifted straight to hospitals in Manchester city centre. 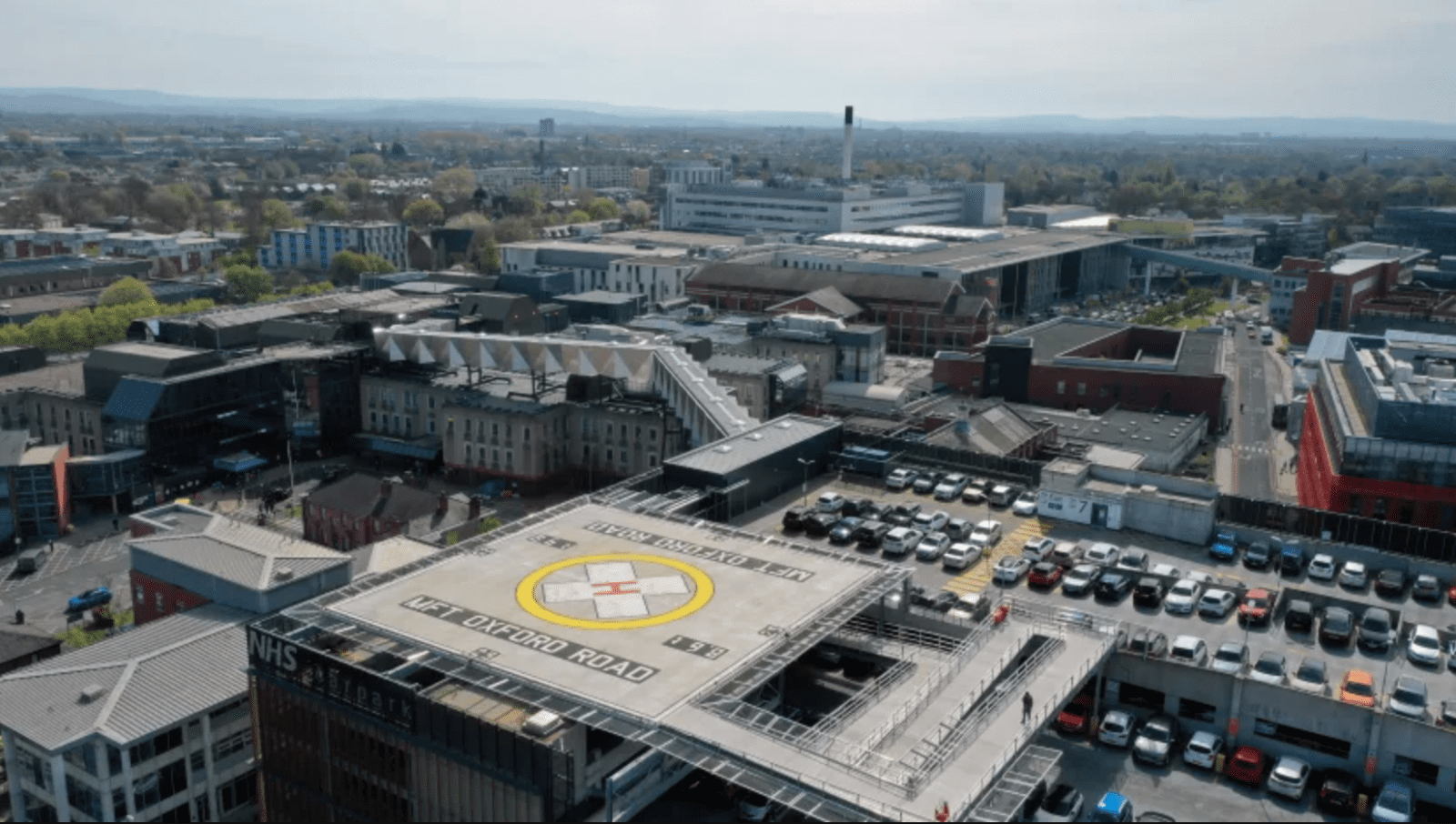 A “phenomenal” £3.9 million elevated helipad – the first of its kind in the North West – has opened at Manchester University NHS Foundation Trust.

The state-of-the-art helicopter landing pad – which is situated on the roof of Grafton Street car park on Oxford Road – has officially opened to the public today, and will bring adults and children with life threatening injuries to the Major Trauma Centres at Manchester Royal Infirmary and Royal Manchester Children’s Hospital.

Previously, air ambulances carrying critically ill or injured patients to hospitals on Oxford Road had to use a secondary landing site in parkland a mile away.

Patients were then transferred by road ambulance.

Manchester Royal Infirmary is one of two Major Trauma Centres in Manchester providing care to adults with life threatening injuries related to trauma.

So, why is this new helipad so groundbreaking?

The new helicopter landing site on Oxford Road could allow as many as 300 patients to be airlifted to hospitals each year, saving lives both locally and regionally and increasing the chances of an improved level of recovery for many patients.

Alistair Rennie – Consultant in Emergency Medicine and Major Trauma at the MRI and RMCH, and Group Clinical Lead for Emergency Planning – said: “The helipad will benefit major trauma patients across Greater Manchester and beyond, including people who have suffered serious injuries in road traffic accidents, assaults, sudden illnesses or falls in areas difficult to reach by road ambulances.

“As a consultant in Emergency Medicine, we know the quality and speed of specialist medical care following a major trauma injury is vital to ensuring patients have the best chance of a full recovery.

“I am delighted that this development is now a reality at MFT’s Oxford Road Campus, as for many patients our helipad could represent the difference between life and death”.

You can find more information via the Manchester University NHS Foundation Trust website.