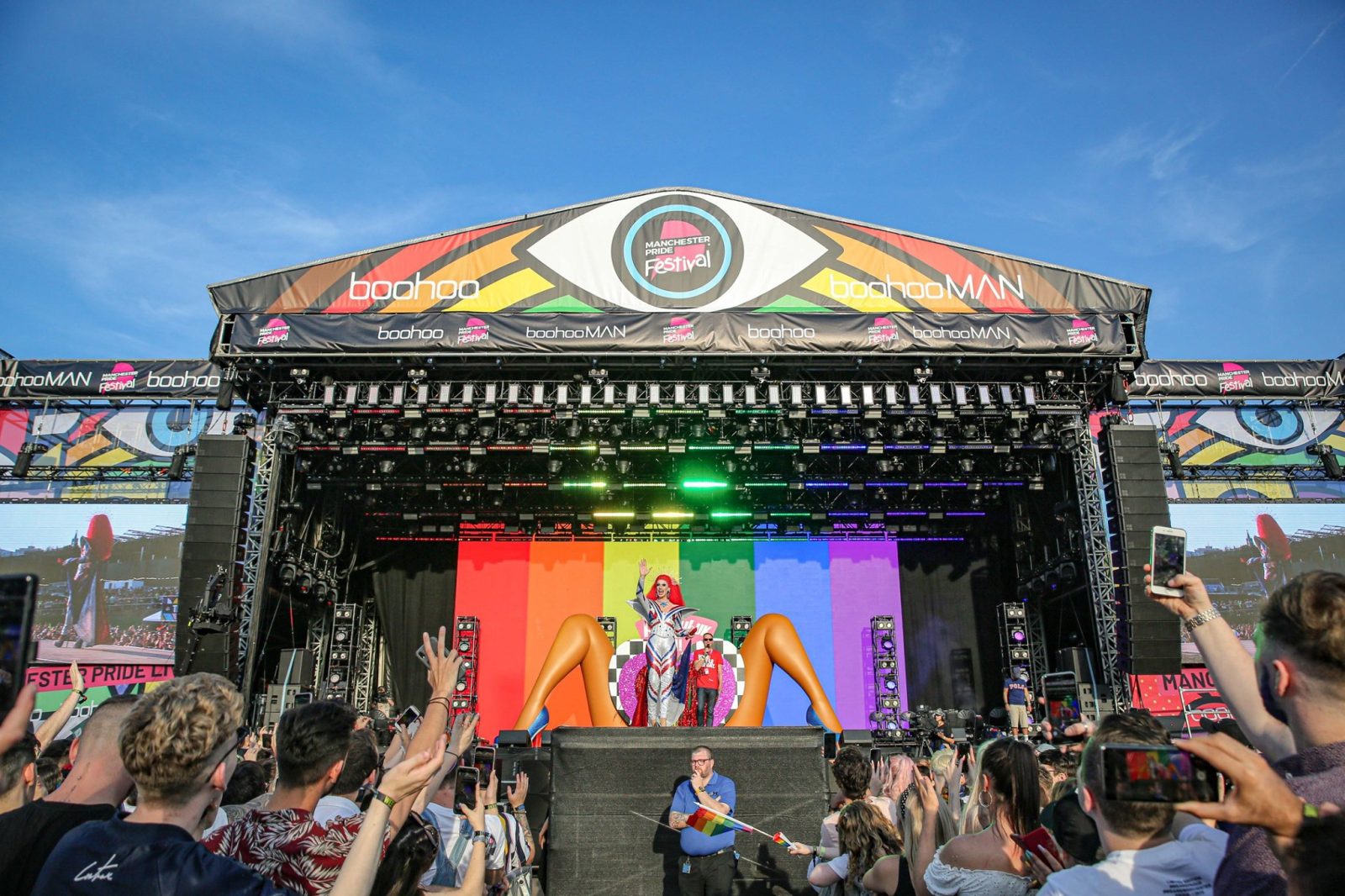 There are big changes afoot for Manchester Pride’s August celebrations this year, as the charity announces its live music event will be axed.

Manchester Pride have said that they they ‘got some things wrong last year’ and have now been working with LGBTQ+ communities to refocus.

Following a six-month review, the large-scale music concert will be dropped from the plans, though many elements of the celebrations will go ahead – including the parade, the Gay Village Party, and the candlelit vigil.

The Superbia Weekend, Youth Pride MCR, Family Pride MCR and the Human Rights Forum are all also unaffected by the altered plans.

Before then, the live music portion of the Manchester Pride Festival had always been smaller, and centred around the carpark at the heart of the Gay Village.

The consultation found that LGBTQ+ communities wanted Manchester Pride to communicate with communities more on their events and grant-giving, and to ‘refocus its efforts back onto its activist roots’.

The charity is promising to ‘build a better Manchester Pride’ that’s accessible to all – that includes a commitment to low income tickets and quiet spaces at events.

Its board of trustees will also ‘be more visible and connected with communities’, it says.

This year’s celebrations will now be focused around the Gay Village Party, which sees people spilling out from the bars on Canal Street and the surrounding area.

A fixed amount or percentage from each ticket purchased will go directly to the community fund.

Paul Wheeler, chair of Manchester Pride’s board of trustees, said: “I’d like to say a big thank you to the thousands of individuals who had their say on the future direction of the charity.

“Manchester Pride should be something everyone feels proud of and can see a little bit of themselves reflected back in.

“We acknowledge we got some things wrong last year and we’re sorry for the upset and frustration this caused.

“It is important that Manchester Pride reflects what Manchester’s LGBTQ+ communities tell us they want and this review has shown how we can do better.

“The communities have been clear in saying their must-have elements over the weekend specifically include The Parade, The Candlelit Vigil and the Gay Village Party, whereas MCR Pride Live was seen as less important to furthering our cause.

“First and foremost, we’re a campaigning charity fighting for equality and opportunities for LGBTQ+ individuals across Greater Manchester, and the response from across our communities corroborates that position.

“We want more input into the charity’s operation, with a greater focus on campaigning, lobbying and education, whilst seeing fewer celebrity headline acts at MCR Pride Live.

“That’s why we’re going back to our roots, our Pride celebration is about protest. As a result, we’ve listened to the communities’ comments, and will address their recommendations to refocus efforts back towards activism.

“Furthermore, we will commit a fixed amount or percentage of each ticket purchase to Pride events directly to the community fund and provide clarity on where the remainder of the amounts generated from ticket sales is attributed.

The Charity says further details will be revealed on the Manchester Pride line up in the coming months.

Paul continued: “The organisation has sought to address big questions and concerns, such as the role of Pride as a protest movement as opposed to a pop concert, how Pride can be more accessible, inclusive and safer, and how we go about giving grants.

“We’ve also tried to address how we can be more transparent and connected as an organisation to Greater Manchester’s LGBTQ+ communities, surrounding the themes of communities, activism, giving and transparency.

“Ensuring the charity now reflects the needs of our communities is now our focus. We don’t see this review as the end of the conversation, rather it’s the start. This report marks the beginning of more co-creation, more transparency and more listening.”

To find out more about Manchester Pride and the details of its consultation, visit manchesterpride.com/prideinourfuture.