Built in 1736, the Crown & Kettle has welcomed hundreds of thousands through its doors in the past 284 years. Now, it's enjoyed a well-deserved refurb. 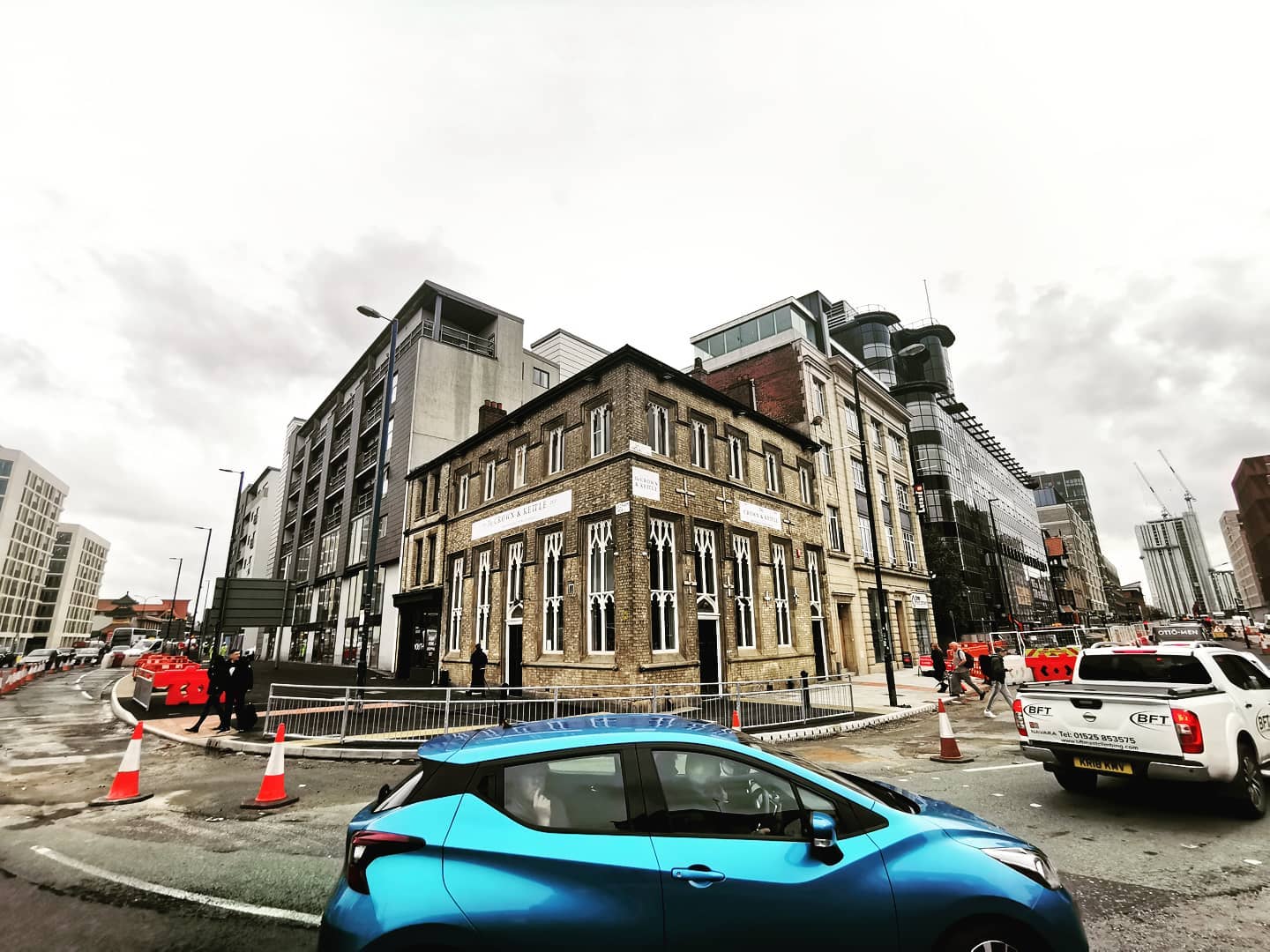 We’re losing too many of our favourite boozers before their time. Multi-generational pubs are becoming relics of the past.

But whilst landlords all over the UK are being forced to board-up the windows, lock the doors and shut down these famous longstanding establishments, the Crown & Kettle – a part of Manchester since time immemorial – is revelling a dashing refurb.

The Great Ancoats Street venue stood strong during the early chapters of the pandemic and has come out the other side looking better than ever.

Yet again, the Crown & Kettle has proven its made of particularly strong stuff.

Built in 1736, the pub has welcomed hundreds of thousands through its doors in the past 284 years.

It’s survived just about everything in that time, from global catastrophes to drunk journalists (who’d pop down after – or during – their shifts at the neighbouring Daily Express offices).

In nearly three centuries, the closest Crown & Kettle has come to complete closure was it fell victim to an arson attack in 1990.

A blaze tore through the building and inflicted severe damage, but after more than 15 years lying dormant, the pub went on to make a full recovery.

Crown & Kettle continues to thrive today as one of Manchester most beloved and longstanding boozers – and this month it’s enjoying a well-earned facelift.

The seats and surroundings have been given a luxurious upgrade – with fresh floors and new fittings bringing the classic Ancoats corner drinking den into the 21st century.

But – crucially – that significant, famous, unparalleled Gothic interior feel has not been lost during the makeover.

In fact, it’s been amplified.

The pub’s famous ceiling (which has earned the building Grade-II listed status) has had its netting carefully peeled away so punters can now gaze up from their pints and gawp at its glory, entirely unobstructed, for the first time in years.

Owners have also confirmed they will be working closely with local breweries moving ahead – such as Pomona Island and Manchester Union Lager, with intriguing new beers being regularly added to the menu.

Posting on social media, the pub stated: “As holes begin to appear in the ground and the buildings around us are demolished or developed we’re proud to be able to retain some local history.

“Despite curfews, constantly changing legislation and challenging times in our industry we will do our best to remain open everyday from noon until 10pm.”