Those travelling into the city centre are urged to "avoid the area". 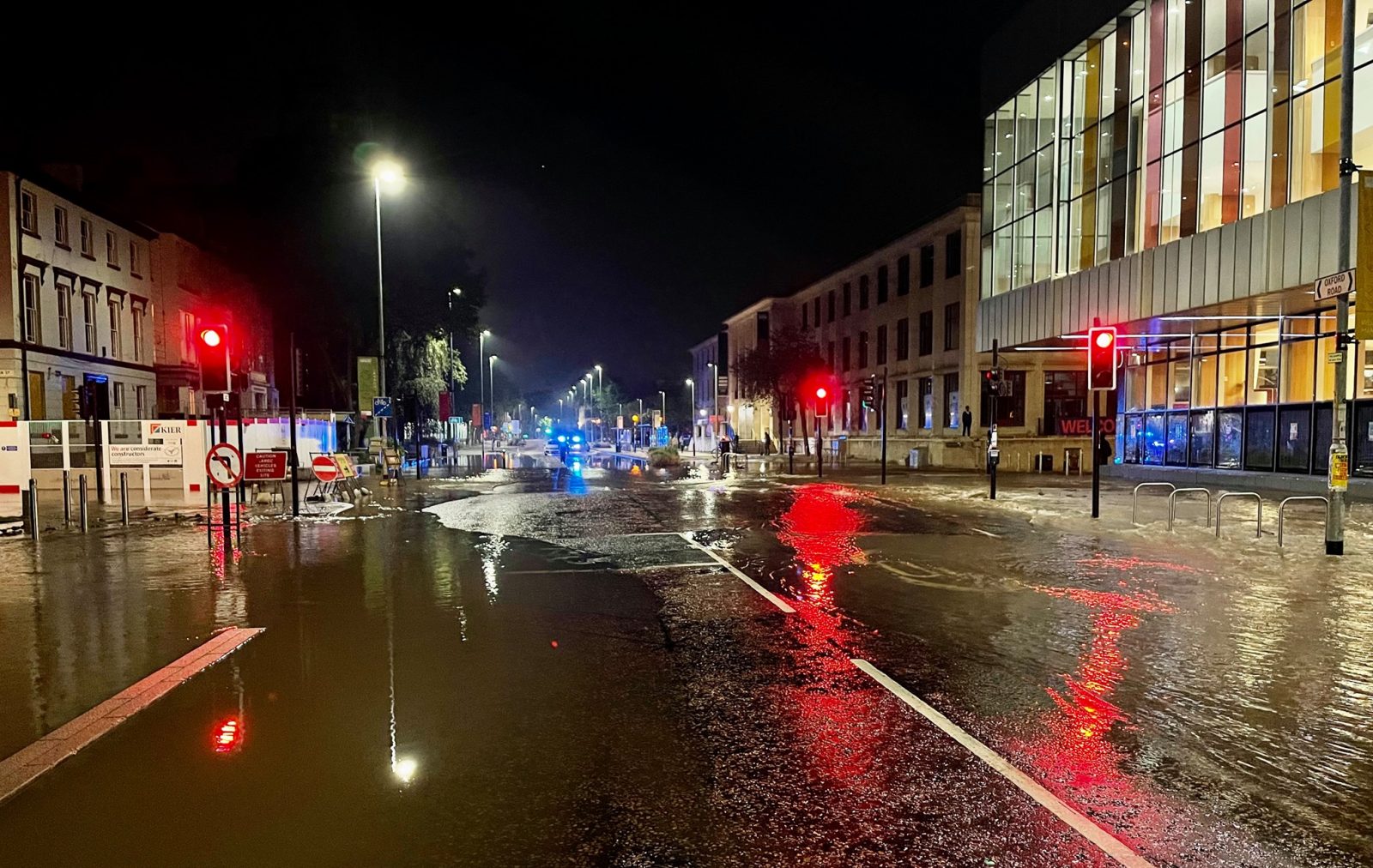 Greater Manchester Police has confirmed that Oxford Road in the city centre will remain closed for “most of the day” today.

Due to what has been described as a “serious water leak” occurring in the early hours of this morning, Oxford Road – near the University of Manchester and the Manchester Royal Infirmary – is currently closed both directions, and the nearby Lloyd North Street is also closed to traffic.

Both are main roads, with Oxford Road being one of the busiest bus routes into the city centre.

Oxford Road is shut between Booth Street West and Grafton Street, and Lloyd Street North is closed between Denmark Road and Burlington Road.

GMP City Centre said in a tweet posted at 5.40am: “Road Closed – Oxford Road is closed in both directions between Booth Street West and Grafton Street outside the University due to a serious water leak, causing major flooding on the road.”

A second tweet later added: “Road Closed – Lloyd Street North is closed between Denmark Road and Burlington Street due to serious flooding on the road.”

Those travelling into the city centre are being asked to stay away from the area.

Greater Manchester Fire and Rescue Service (GMFRS) took to Twitter this morning to say it is part of a “multi-agency response” to the incident.

“This morning we’re part of a multi-agency response to a large burst water main on Oxford Road, Manchester. There is a lot of localised flooding and damage to the road [and] there will be substantial traffic disruption this morning due to road closures so avoid the area.”

The University of Manchester is also urging people to “avoid the area”, saying in a tweet to students this morning: “We are aware of a major water leak which is affecting travel, access and supplies to several buildings on campus around Oxford Road [so] please avoid this area of campus for the time being [and] we will update you as soon as possible.”

United Utilities confirmed that the leak – which is said to have been caused by a burst water main – has also left some houses and properties in Manchester without water, and many with low water pressure this morning.

A spokesperson for the water services company said earlier this morning: Some customers in the locality of the burst may be experiencing a loss of water or low pressure [but] our teams on site are working as quickly as possible to rectify this.

“We would like to thank everyone for their patience while we complete this emergency repair.”

Transport for Greater Manchester (TfGM), Stagecoach Manchester, First Manchester, Go North West have announced that diversions are in place on public transport services, and those travelling into the city centre are being advised to “seek an alternative route”.

Delays are expected throughout the today.