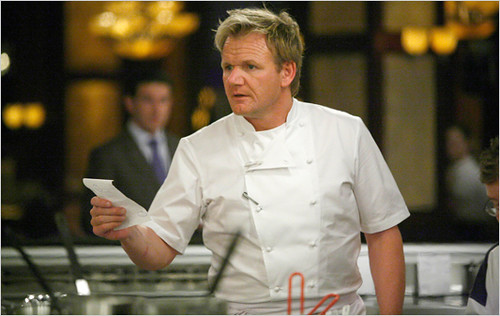 Gordon Ramsay has caused a bit of a stir in the restaurant world this week after mercilessly commenting that the Covid-19 pandemic has wiped the slate clean of ‘c*ap’ restaurants.

Acknowledging that the past few years have been ‘devastating’ for the industry, he countered this by arguing that the upside to all the closures means that ‘the c*ap’s gone’ at least.

Throwing shade at some of the big chain restaurants that have dominated UK high streets for years, he said that the pandemic had forced ‘sh*thole ‘restaurants out of ‘prime positions’ and that the past two years had ‘wiped the arrogance out of the industry’.

Asked if trade was now returning, Ramsay said: “The business was on its arse, but it’s getting better … It’s been devastating the last two years. Landlords don’t say, ‘Take a holiday for two years’. But I think what has been evident for all of us is the crap’s gone.”

When pressed to say whether he was referring to any particular chains, the chef replied: “Well, just shitholes in a prime position and taking advantage because they’re in a great location, and they’ve got the footfall. But now we’ve wiped the slate clean, which is good.”

The celebrity chef made the comments during a Radio Times interview with the former shadow chancellor Ed Balls, whilst promoting his upcoming TV show, Gordon Ramsay’s Future Food Stars.

Pointing to the ways that consumers had educated themselves on food during the lockdown, such as learning to make their own sourdough, the TV personality said the restaurant industry had been forced to raise its game.

“Customers have got so much smarter in the last two years,” he told Balls.

“They know a lot more about food than they ever have done and have been making their own sourdough, so it’s taught everyone [in the restaurant industry] to raise their game … It’s wiped the arrogance from the industry.”

When it comes to the number of hospitality closures witnessed in the past few years, the impact has certainly been felt here in Manchester – which has seen a number of high-profile venues permanently shut their doors.

Read more: Pubs to stay open until 1am over Queen’s Platinum Jubilee weekend

In the past two and a bit years, our city has lost a host of beloved independent businesses such as Spanish restaurant Iberica, Belgian beer cafe Bock Biere, and the subterranean, late-night NQ coffee shop Nexus Art Cafe.

Meanwhile, hundreds of restaurant chains up and down the country have closed branches for good.