A rise in zero waste shops across the UK looks to help people reduce their waste usage where possible. 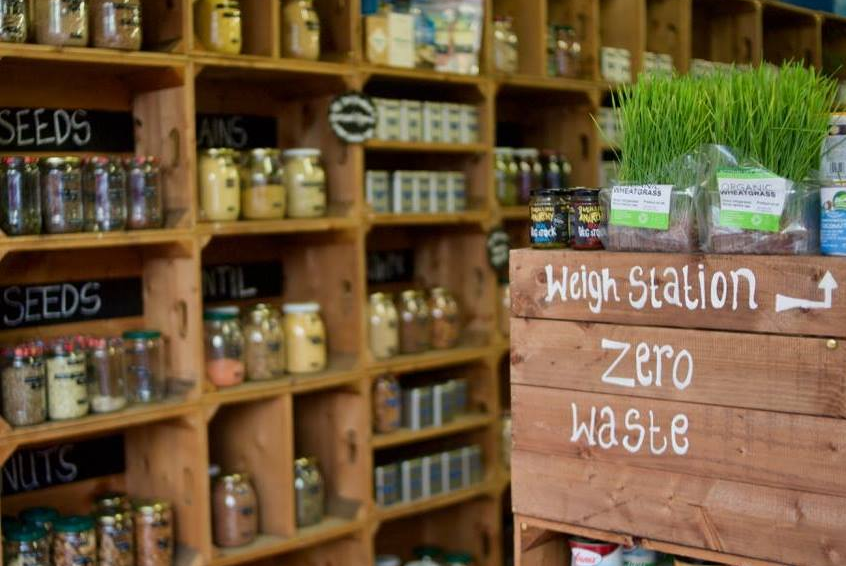 At a time when society is growing more eco-conscious than ever before, a rise in zero waste shops across the UK looks to help people reduce their waste usage where possible.

You may have only heard of a ‘zero waste’ shop in recent years, but that doesn’t mean they haven’t been around for a lot longer. Yes, it’s a phenomenon that is relatively new to mainstream popularity, but aiming to minimise the environmental impact of consumer habits is something that has been on the minds of people across the country for decades.

Now, someone on Reddit has made a custom map to show where all of the zero waste shops are located across Greater Manchester and those eager to cut back during lockdown, all whilst supporting independent businesses local to them, are loving it.

So, what is a zero waste shop then?

Well, the name does a good job of giving you an initial idea, but to offer a bit more of an explanation, a zero waste shop provides a place for people to shop whilst knowing their impact on the environment is as minimal as practically possible.

Customers will often be able to shop for fruit, vegetables, grains, spices, pasta and even cosmetics / toiletries / household products. Everything is sold in bulk and absolutely no plastic packaging is allowed. Shoppers bring their own reusable cloth and glass / plastic containers to carry the food, or buy reusable containers at the store and then when they’re done, they take their products home in paper bags, or bags brought themselves.

Many zero waste shops will also buy their stock in bulk quantities and store in either reusable, recyclable or returnable packaging too, so it’s not just the consumers contributing to waste cut-down.

The zero waste shops in Greater Manchester that are featured on the map are – McCall’s Organics in the Northern Quarter, Want Not Waste in University of Manchester’s Student Union, Unicorn Grocery in Chorlton, Lentils and Lather in Withington, Utopia in Sale, M20 Refills in Wythenshawe, The Good Life in Heaton Mersey, The Dispensary in Walkden, A Small Good Thing in Bolton and Plentiful Plastic Free in Ramsbottom, Bury.

That’s not all though as there’s also mentions of a few additional stores that haven’t been featured on the map from other users in the Reddit comment thread too.

These include Ancoats General Store, Stretford Food Hall, Groceries & Beer in Sale, Waterhouse Quality Food Market in Cheadle Hulme, The Sustainable Shed in Levenshulme, and Replenishery in Leigh to name just a few, so if you’re looking for the closest zero waste shop to you, then it’s definitely worth having a browse through the comments as well as checking the map.

You can view the map and read the full Reddit thread by u/dalphee here.