It's for a new £21.5 million purpose-built modern hospice facility that would be built on land adjacent to the current site. 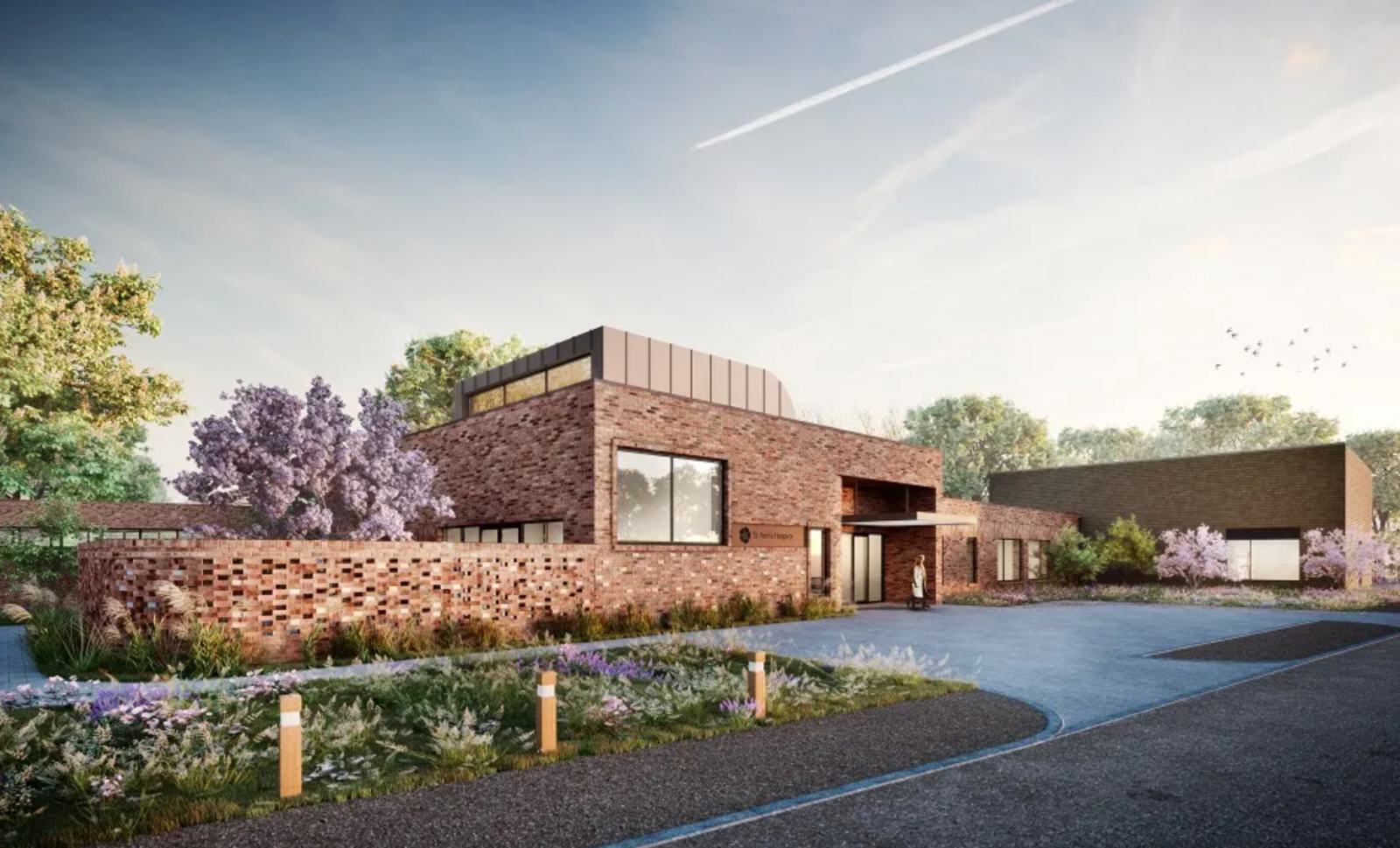 St Ann’s Hospice has launched a new public appeal to raise the remaining £2 million needed for a new hospice building to “transform end of life care” for Greater Manchester residents.

The hospice group has today launched the ‘Build It Together’ appeal, and is urging local people to come together to help raise the final £2 million needed to build its “ambitious” £21.5 million flagship new hospice in Heald Green, Stockport – which it says will be a leading facility for end of life care in the UK.

The current hospice building is more than 150 years old, and St Ann’s says it is “outdated” and no longer fit for purpose” due to limited air-flow, small rooms with limited natural light, and narrow corridors.

The plans for the new “bright and airy” purpose-built modern facility would see it built on land adjacent to the current site, and the hospice says its “desperately needed”.

If new hospice isn’t built, palliative services in the area may be forced to close.

“We’re hoping that the public will get behind the campaign so building work can start later in the year,” the hospice said in its appeal statement.

It will also be home to the only non-university immersive healthcare training suite in the area, with integrated technology and the capacity to simulate real life scenarios.

This will allow experts from across St Ann’s to share their specialist knowledge with other organisations, and help drive excellence in palliative and end of life care both locally and nationally.

“We’re proud that we provide world-class hospice care from right here in this amazing city, and as the needs of patients change, we need to evolve too to make sure we can continue to give them the truly personalised care that they deserve – but we simply can’t continue to care for local people in our current building.

“It is no longer fit for purpose and we’re in real danger of having to close services in the near future if we don’t complete this project.”

She added that the hospice knows £2 million is “a big ask” for the community.

“But that same community has always been here for us – we never take that for granted, and we’re proud to have such deep roots in the areas we serve across Greater Manchester,” she concluded.