Stephen Foster got the "once in a lifetime opportunity" to lift the trophy alongside his heroes. 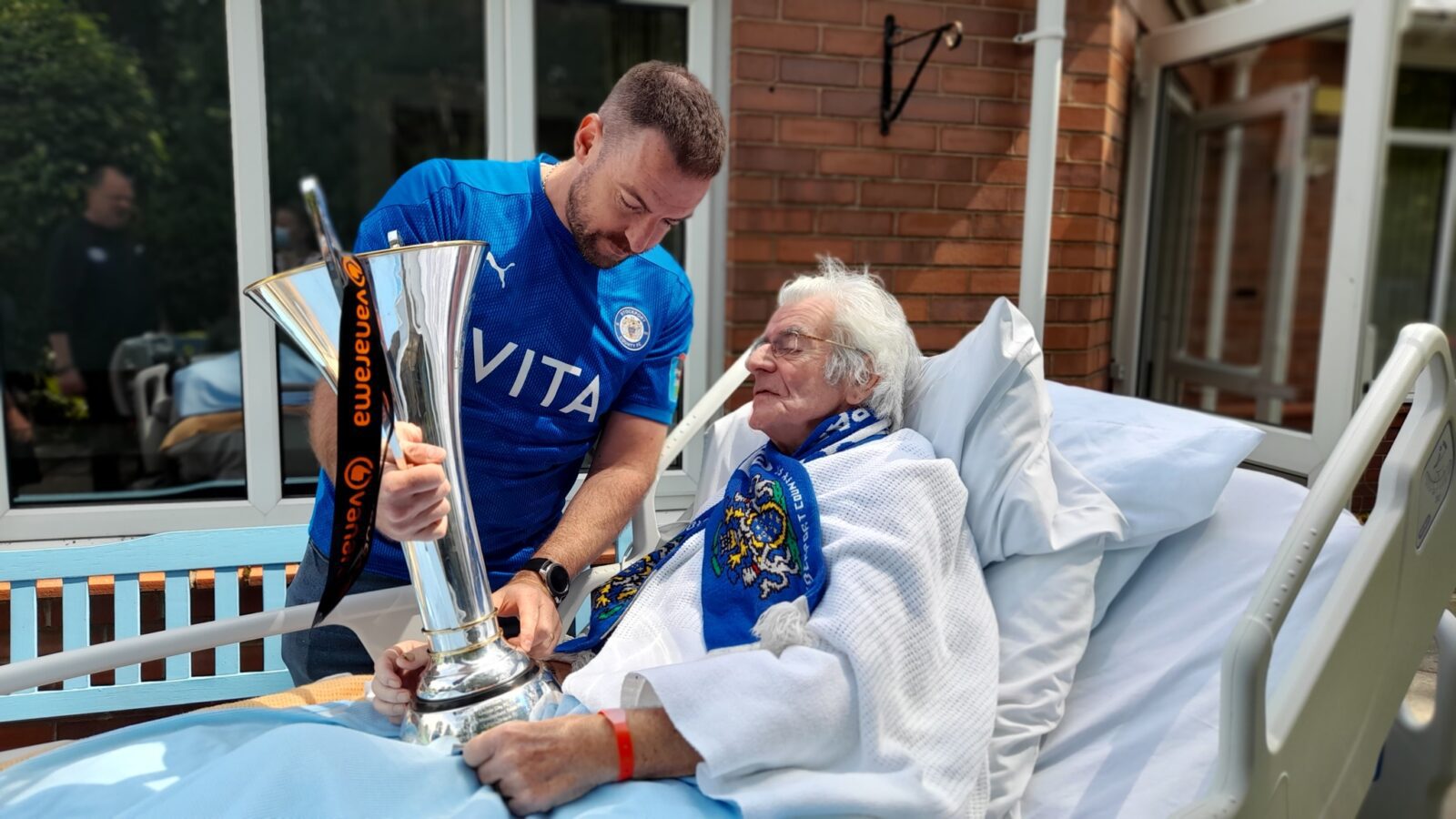 Stockport County FC has surprised a long-time fan in a local hospice with the chance to lift their title-winning trophy.

Stephen Foster has been supporting Stockport County since 1958, and had the same seat at the ground for over 50 years, but he is now currently a patient receiving end of life care at St Ann’s Hospice in Heald Green and unfortunately had to watch this past weekend’s history-making match from his hospice bed.

This sadly meant Stephen missed seeing his beloved team win the National League title and secure promotion back to the Football League in person.

But after seeing a photo of the 79-year-old fan watching the game from the hospice on Twitter, and after hearing just how long Stephen had been supporting the club for, Stockport County decided to put a plan into action and make a visit to the hospice to surprise patients.

They also brought the title trophy along with them, and gave Stephen the “once in a lifetime opportunity” to lift it alongside his heroes.

And it was all just a day before Stephen’s 80th birthday.

“I’ve seen good matches, and I’ve seen bad matches. I’ve even been to Wembley five times, and then the day they got promoted, I couldn’t be there, but I watched it here at St Ann’s Hospice – but if I had been at the match, I wouldn’t be holding the trophy now.”

Steve Bellis – Club President at Stockport County FC, who brought the trophy along – said: “This is what it’s all about.

“Trophies are for the fans, they don’t belong in cabinets.

“Someone like Stephen who has been supporting since 1958, that’s a lot of matches that he has watched, and to put a smile on his face was fantastic – it’s about the community, everywhere we take it.

“If we bring a smile to someone’s day, then it’s all worthwhile.”

“It was really exciting for patients, visitors and staff to have the opportunity to see the trophy and hold it too.

“When they think of hospices, people often think that they are sad places, and of course we have very sad days, but we’re always really focused on making sure we can help support our patients to achieve their goals too – whether that’s being able to walk to the bathroom or sit in our café for a drink.

“Or hold aloft the cup from their beloved football team.”