The digger driver who smashed up Liverpool Travelodge has been jailed 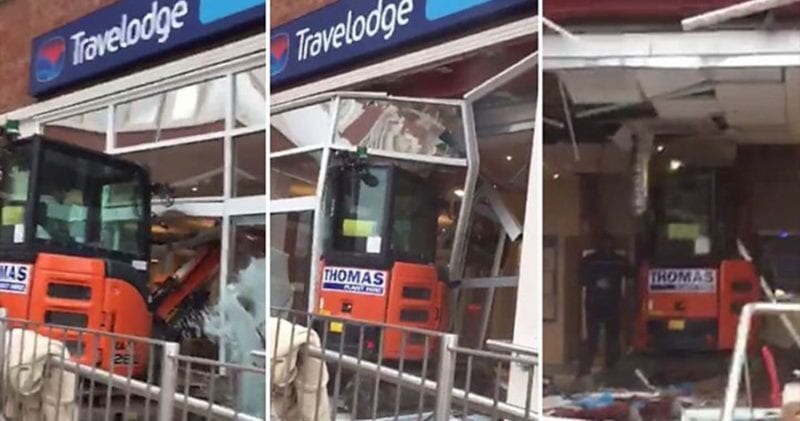 The man who ploughed a digger through a Travelodge in revenge for unpaid wages has been jailed for five years and four months.

John Manley, 36, was seen on camera in January 2019 purposely using a construction vehicle to smash into the Liverpool building, screaming “all you had to do was pay me”.

Manley was owed £600 in wages at the time, but was not paid over the Christmas period and launched an attack that caused more than £400,000 worth of damage.

A digger driver who caused a 'trail of destruction' at a brand new Travelodge because he was owed £600 in wages has been jailed for five years and four monthshttps://t.co/wJPAwuBW2N pic.twitter.com/vHYoqUMXgF

The video went viral and Manley was arrested.

Liverpool Crown Court's verdict arrived on Wednesday and has conjured up some heated reaction on social media.

5 yrs 4 months for the digger driver that drove through the travelodge entrance. Seems ridiculously excessive that.

Manley had apparently threatened to cause damage in the days leading up to the event, saying he would attack the building unless he was paid.

Student in court for dropping Greggs paper bag 11 years ago