It's just one of the spooky events happening for this year's 'Halloween in the City' celebrations. 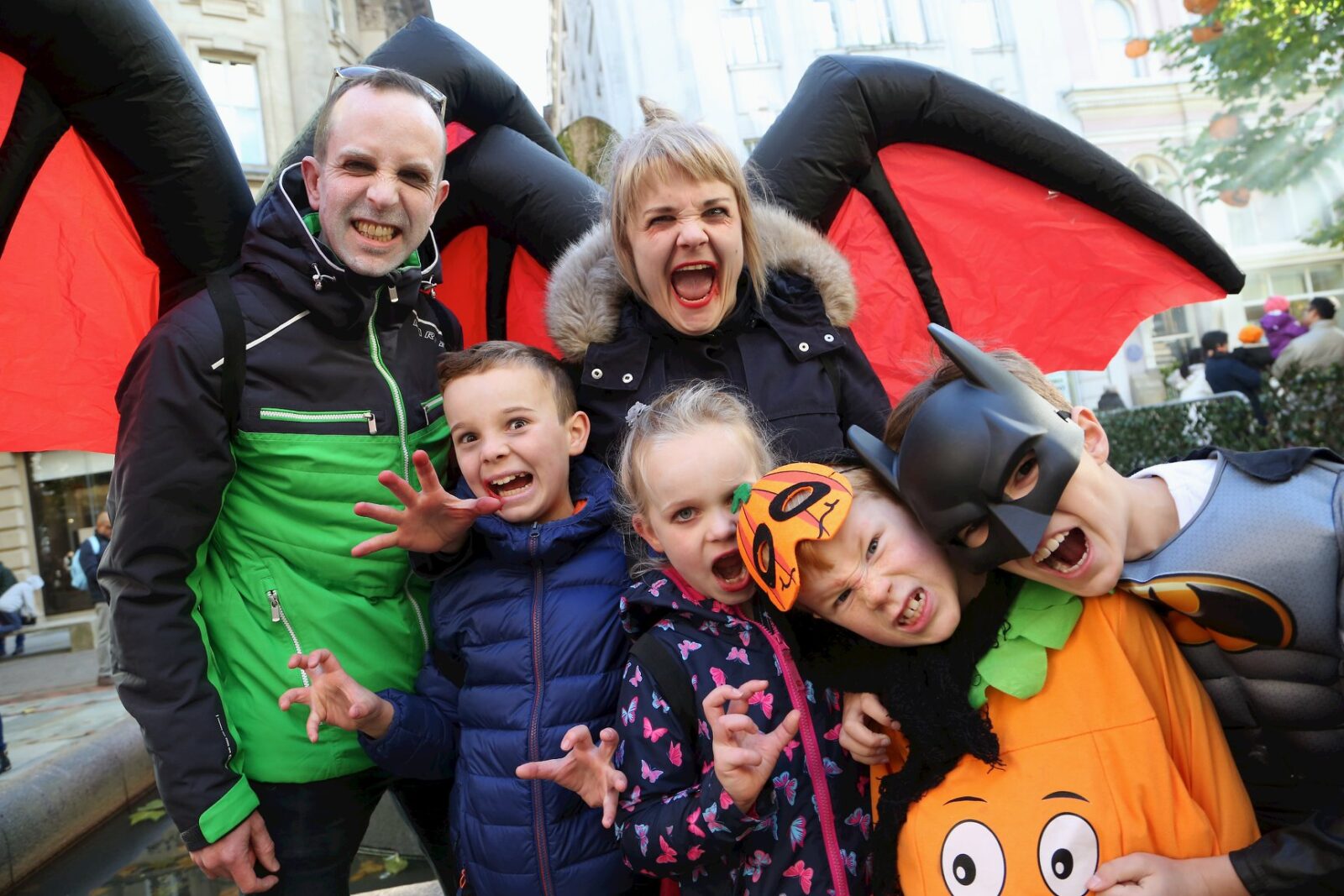 The spooky season is finally here, and Halloween in the City is returning to Manchester this weekend to celebrate.

With so much happening over the two-day festival as part of the annual Halloween in the City celebrations – which is organised by CityCo and Manchester Business Improvement Distict (BID) – people making their way to the city centre this weekend are being encouraged to “dress up, join in, and get gruesome” to look the part.

Ghastly ghouls, wicked witches, curious cats, and more will all be welcome in Manchester city centre this Saturday 29 and Sunday 30 October.

The more people in spooky fancy dress, the better.

Dressing up is all part of the fun, but if you’re feeling pretty confident about your costume this year, then there’s actually a huge fancy dress competition happening across the weekend, and this is your time to join either ‘Team Trick’ or ‘Team Treat’.

All you’ll need to do is head to the one of the wristband exchanges at Market Street, Exchange Street, or Exchange Square to collect your team wristband, and this’ll unlock all your VIP experiences

Once you have your wristband, you’ll then get to take part in dance offs, screaming competitions, spooky challenges, and of course, the Halloween costume catwalk extravaganza to earn points for your team and win even win some special spot prizes too.

Then you’ll want to make your way to the dance tent in Exchange Square at 4pm to find out which team is crowned the winner and celebrate at the glow in the dark disco.

While the Halloween in the City celebrations will be largely taking place over this weekend, if you’ve got a keen eye, then you may have already noticed that giant inflatable monsters with hanging tentacles, fanged teeth, and bloodshot eyes have already been starting to take over the rooftops of Manchester this week.

Dotted at 14 different locations across the city centre, you’ll be able to go on adventure to discover them at places like Selfridges, Manchester Arndale, Great Northern Warehouse, AO Arena and The Royal Exchange, AO Arena, Spinningfields, and even at the ‘spooktacular’ outdoor ice rink in Cathedral Gardens.

And then on Halloween weekend itself, there’ll be even more monsters set to pop up on the ground, so keep your eyes peeled around Exchange Square.

The monsters are just the tip of the iceberg of events happening at Halloween in the City this weekend though – think a welcome procession of roaming monsters, a monster carnival, top monster bands, monster DJs, a monstrous photo trail across the city, and so much more.

Here’s just a handful of other activities you can get involved with.

Spooky creatures will be on the move and weave through Manchester Arndale and Market Street.

The roaming performance comes from Walk the Plank, the same creative minds behind the Manchester Day Parade, and you can expect stilt walkers, monster puppets, and a five-piece band mingling with shoppers on Saturday 29 and Sunday 30 October, with performances at 12pm, 2pm, and 3pm.

A Creepy Carnival, made up of a carousel, helter skelter, street food and circus performers, is going to sprawl across New Cathedral Street.

Plus, Studiotech and Treacle Studio have discovered a mystical machine made by Queen Elizabeth I’s court scientist and magician – and Dr Dee’s Portal to Another World provides a gateway for all the friendly monsters who arrive in Manchester for Halloween in the City.

This interactive light display will invite Mancs to see if the portal works in reverse and could lead to the world where the monsters roam.

A massive spooky ice rink has been built in Cathedral Gardens, where skaters will whizz past a huge monster and the ice will be brought to life with Halloween-inspired music and lighting.

The Scare Skate rink is now open, and will stay in place until Halloween itself.

Rock on with your mini monster at the Monsters Rock! Music Festival, with live bands and spooky DJs all weekend, like Fat Boy Slime, Grave Haslam, and the Blessed Medusa, as well as air guitar contests, zombie aerobics, and a glow-in-the-dark disco, across three stages.

Halloween in the City 2022 full lineup