Old is Gold! One of Manchester’s oldest Italian restaurants, Don Giovanni has been a fixture on Oxford Road since the eighties 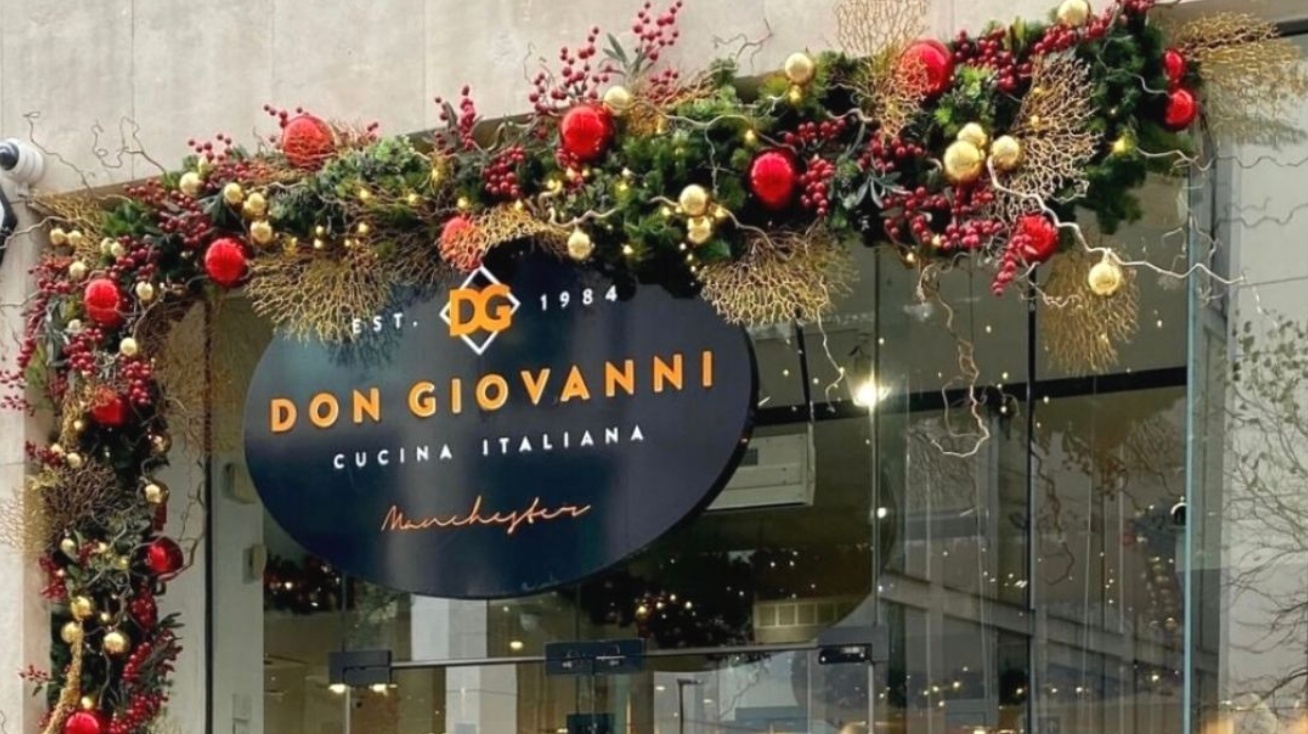 First established in 1984, independent Italian restaurant Don Giovanni is one of the longest standing in the city.

Still held in high regard after nearly forty years, it has been feeding the people of Manchester for decades.

In that time, it has cemented itself as one of the city centre’s go-to Italian eateries, especially for diners that are looking to celebrate a special occasion.

No stranger to a proposal, the restaurant is one of Manchester’s most popular places for couples looking to pop the question. It’s also a popular choice for theatregoers, thanks to its central location and special pre-theatre menu.

Originally housed across the road in what is now 1 St Peters Square, today you’ll find the elegant Manchester Italian restaurant sitting opposite – with panoramic glass windows looking out onto the street.

Inside, large comfy leather booths and a stunning eighteen-foot marble bar ensure it looks the part for a celebration. The menu’s pretty swish too, offering everything from freshly made pizza and pasta to indulgent seafood platters and premium cuts of meat from locally-reared cattle.

If you’re a lover of Italian food then you need to try Don Giovanni at least once. It is the place you head to in the city if you are looking for authentic Italian fare.

The restaurant may have been feeding Mancunians for decades, but its chefs frequently revise their offering to remain classic and authentic but still on trend, most recently adding pizza alla nocciolata, pizza al tartufo and gnocchi al gorgonzola.

From premium chargrilled meats cooked on Don Giovanni’s in-house Josper grill, to a solid list of pizzas and pasta dishes there are some stunning dishes to choose from here – all made using fresh produce picked from local markets each morning.

The restaurant also boasts its very own pasta-making and dessert station, where you can watch its chefs busy at work preparing fresh bread, pasta and sweet treats every morning.

Read more: A boozy pasta restaurant with wine-infused dishes is coming to Manchester

Elsewhere, as part of its antipasto section you’ll find a large selection of mouthwatering starters like beef carpaccio, homemade focaccia, frittura mista and antipasto Italiano, all sure to whet your appetite.

As for drinks, the restaurant boasts one of the best classic wine lists in the city with a choice of over 100 hand picked vintages sitting alongside a selection of cocktails and craft beers.

This restaurant has long stood the test of time as one of Manchester’s best Italian eateries, offering stylish settings in the heart of the popular theatre and nightlife district.

Read more: Dine for less at Manchester’s best restaurants with these fixed-price menus

A short walk from both The Palace and The Opera House, it also offers a 2 or 3 course pre theatre set menu between the hours of 12-2pm and 4-6pm every day.

Open seven days a week from 12pm, to find out more and book a meal, visit the Don Giovanni website here, and check out their Christmas menus here.