Sunday Racing is a new form of racehorse ownership in the UK and Ireland; described as 'a fun, unique way of owning a racehorse for a small, one off payment.' 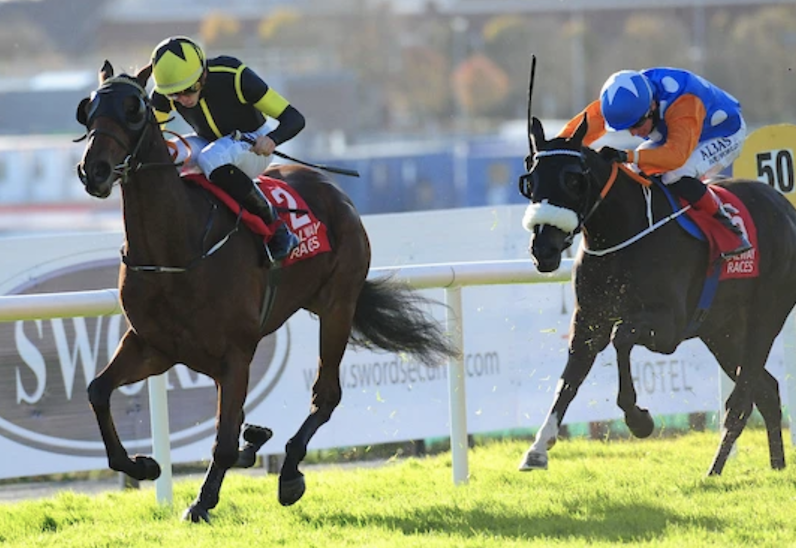 There are some things in life that will always feel permanently out of reach for most of us.

Becoming a footballer. Winning the lottery. Owning a race horse.

They’re all pipe dreams; fantasies of a parallel life where we have more money than we know how to spend.

However, as it turns out, at least one of these aspirations might not be so unrealistic after all.

You might not have the skill to become a footballer or the luck to win the lottery. But to own a race horse, all you need is an app.

Presenting ‘Sunday’: Mobile software that lets ordinary folk become the keeper of a thoroughbred for an affordable price.

Designed for smartphones and tablets, the Sunday app provides you with all the content and data you need to understand how well your horse is training, as well as a unique tracking device and heart monitor to provide you with performance data.

You’ll also be able to watch your horse live on the app via a stable webcam at any time to see how they’re getting on.

It’s a whole new kind of accessible ownership which has been labelled the “first device of its kind in racing.”

Sunday owners stated: “Sunday was an idea that was born after we felt that there was no way of getting into racehorse ownership unless you were extremely wealthy.

“From there, we created an app and website, tailored to people’s needs, to not just provide them with updates about their horse but also to provide exclusive Sunday content.

“We want the racing fan, to be at the centre of everything that we do. We want them to be part of the Sunday racing story where they can follow the journey of their horse from their stable to the race track.”

They added: “One of Sunday’s aims is to provide a more interactive platform for our owners to educate them and give them a deeper look inside the racing game.

“We want our owners to engage with us through the digital content that we display on our app.

“Sunday’s vision is to be a global racehorse ownership group where we have owners from all over the world with horses in various countries, communicating through our app.”

If you know a racing fan, a Sunday gift card might actually prove to be the perfect prezzie this year.

Every gift card comes with a box that contains an ownership card, a digital ownership certificate and a photo of the horse – along with access to the Sunday app.

To learn more about getting your very own race horse at the touch of a button, head on over to the Sunday website.