They're offering to keep him fit during the World Cup. 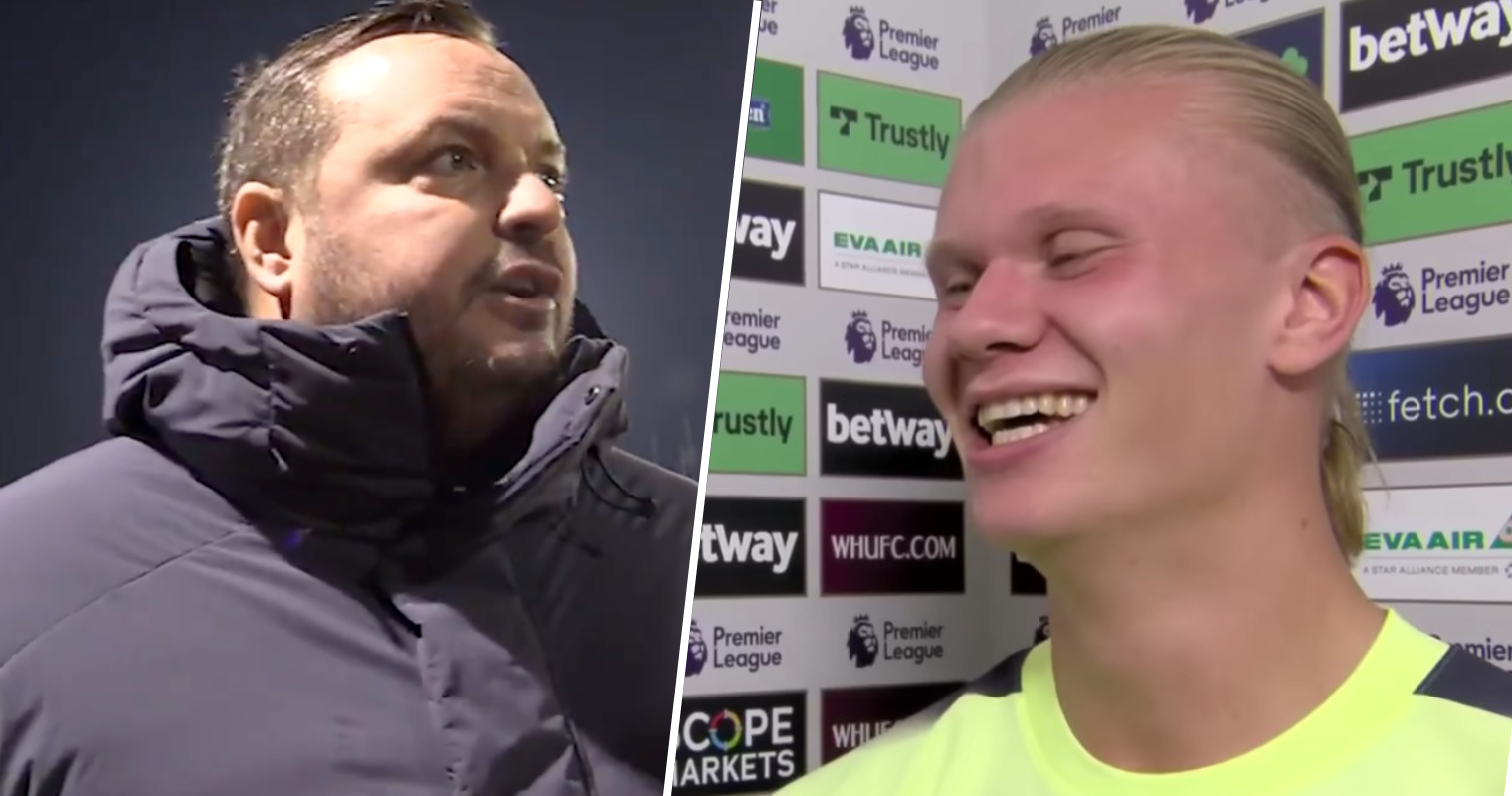 In an ideal world, Erling Haaland would be a player on every club’s wishlist this Christmas and it would seem Ashton United FC are the first to put in a cheeky bid for him.

The best part is, it seems as though they’re being at least half-serious.

Speaking in a club statement following their defeat to Gainsborough Trinity over the weekend, Ashton manager Michael Clegg confirmed the team have submitted a loan approach for Haaland, insisting that the offer “just makes sense”. AUFC play in the Northern Premier League’s top division.

The Robins’ coach told the club’s website: “City aren’t playing and we want to help by keeping Erling fit. It makes more sense than him playing golf for six weeks”. He makes a good point, to be fair.

As Norway did not qualify for the 2022 Qatar World Cup and the league is obviously on hold until after the tournament, the 22-year-old doesn’t currently have a regular supply of games in front of him.

Clegg went on to add that he thinks the big number nine “would be a great fit for us and would slot in with our squad dynamic really well.” Yeah, 23 goals in all comps this season already – we bet you do.

Even Deputy Labour Leader and Ashton-native Angela Rayner has backed the bid, calling on both Manchester City and Haaland to take them up on the offer, assuring them that “the fans are the best at my local club”.

We don’t expect the Premier League side fancy putting their star striker in the way of old-school non-league challenges but one can always dream.

Either way, it goes without saying that we’d pay good money to see this actually happen; we have a sneaking suspicion it won’t but god loves a trier.

Just imagine Haaland rocking up to the Hurst Cross Stadium in Ashton-under-Lyne one Sunday morning and banging in a dozen goals against Barry from down the road. Priceless.