Many are calling it a 'sackable offence'. 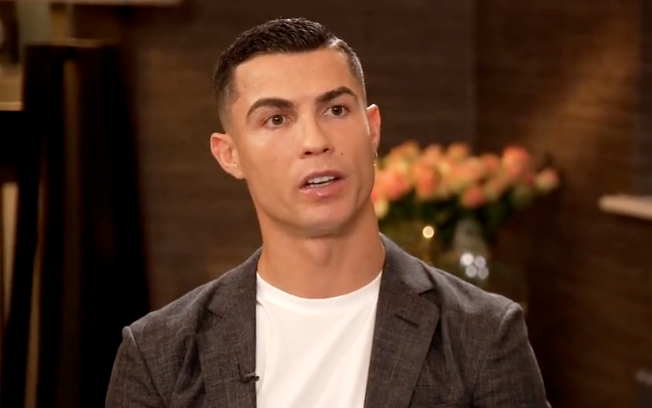 Despite initially insisting that they will not be making an official statement on the situation, the club are understood to have been left “very disappointed” by Ronaldo’s comments.

According to Sky News‘ Kaveh Solhekol, both Ronaldo’s teammates and management figures have said they “don’t understand why he has said what he has said” and that they have been left “hugely disappointed that he would disrespect the club in this way”.

Metro are also reporting that the United number seven is set to be fined as much as £1 million for the off-pitch controversy.

Kaveh went on to reveal that the team only learned the interview was taking place as they were preparing to fly back from London following their 2-1 away win against Fulham on Sunday night.

While the mood in the dressing room and amongst fans would have been buzzing after Alejandro Garnacho’s 93rd-minute winner, the positivity has clearly taken a hit following Ronaldo‘s ruthless remarks.

The Sky Sports reporter also detailed how the 37-year-old informed staff he was ‘ill’, with United figures insisting that regardless of his accusations, “no one [at the club] has ever disrespected” him.

Many footballing figures and fans alike have suggested that the Portuguese sports star should be sacked for his behaviour, with former Liverpool defender turned Sky pundit Jamie Carragher labelling him “bang out of order”.

He went on to argue, as he has done before, that bringing a personality as big as his back to the club in the last-minute manner they did was also a “massive mistake”, as he was never going to be satisfied with sitting on the bench.

Carra also suggested that there will be very few individuals connected to the club that will continue to side with him after this watershed moment and advised that United pull the trigger immediately.

Given the media storm is only continuing to build, United have now issued a short statement clarifying that their response and next steps will be taken only once “the full facts have been established”.

They reiterated that their main focus remains don’t the second of the season after the World Cup, as well as “continuing the momentum, belief and togetherness being built among the players, manager, staff, and fans.”

We can only see one way this is going to end.